In Room 13 we are learning how to manage ourselves and make choices about our own learning (student agency). We also love challenges so Miss Woodcock set us a challenge. The challenge was:

'build a construction that has a purpose'

The boys who chose to build with the blocks or mobilo had an extra challenge - they needed 'to build a construction that could hold a book without falling down'. 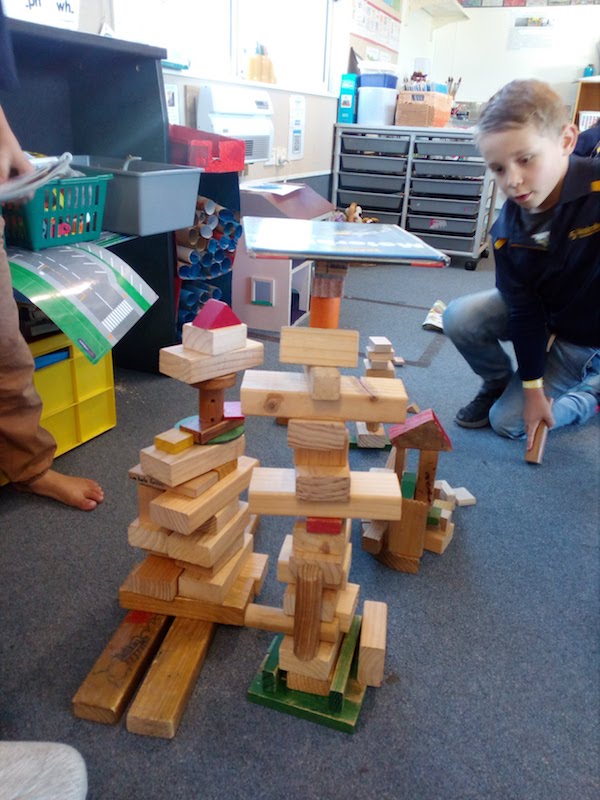 Isaac: “our first one fell down but then we figured it needed a bigger bottom”

Tom: “I don’t think we should put the pointy thing on top - use a flat one”.

Their second construction, modified with a bigger bottom, held a pile of 10 books, 3 games and a decoration. It lasted until nearly lunchtime until it got walked into. 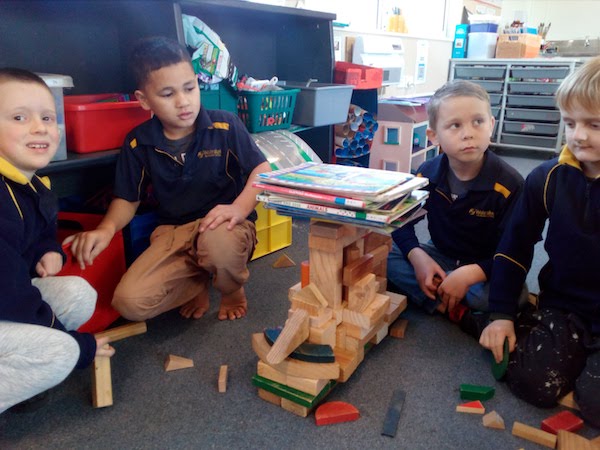 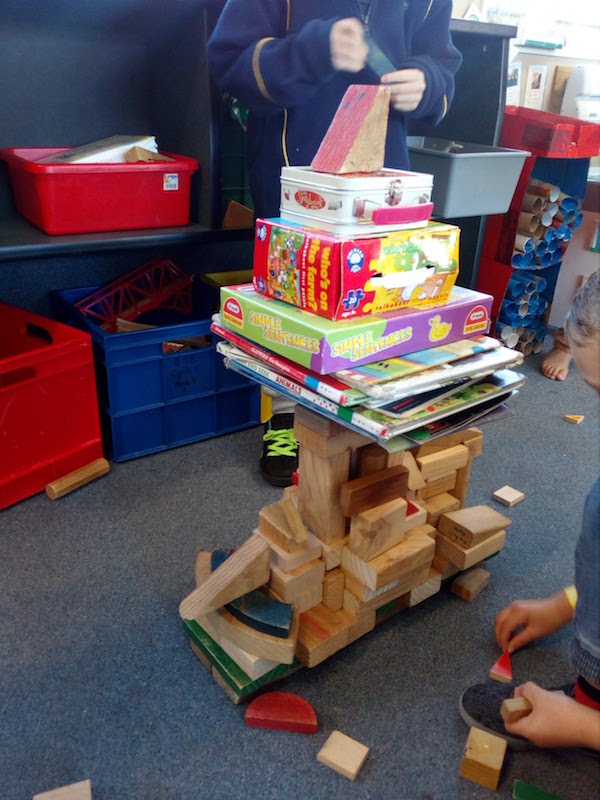 Lachlan, Trend and Riley created a bridge using the mobilo. It was very strong and held 5 books straight away. Deciding to test their engineering skills, boxes of lego were put on top. After the bridge got moved back onto the floor a decision was made to see how many things could be stacked on top. 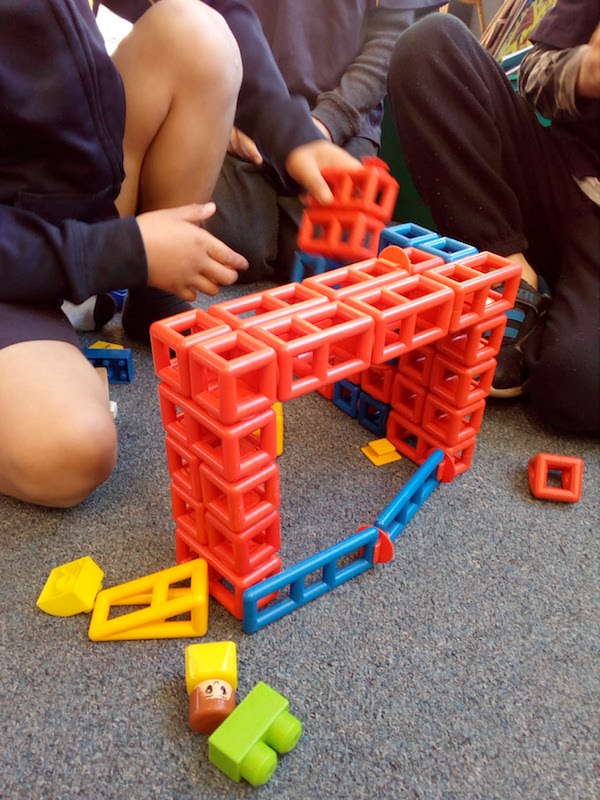 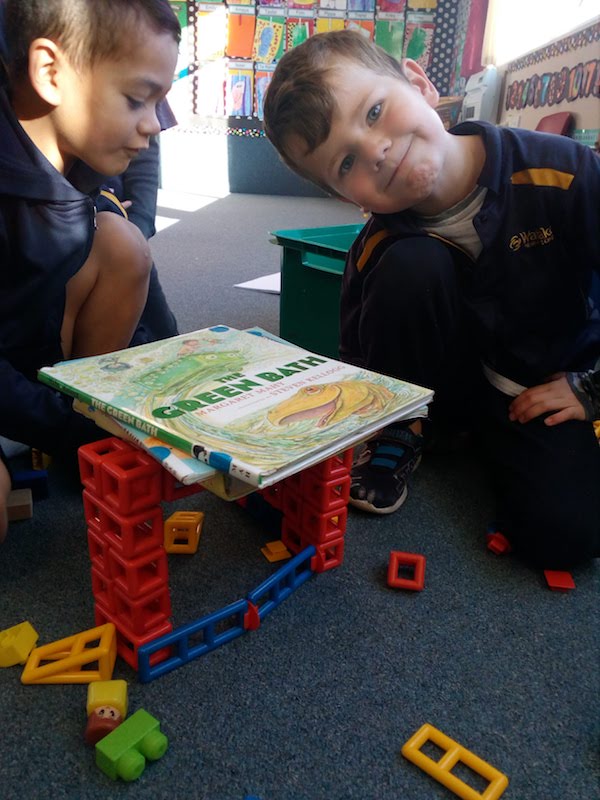 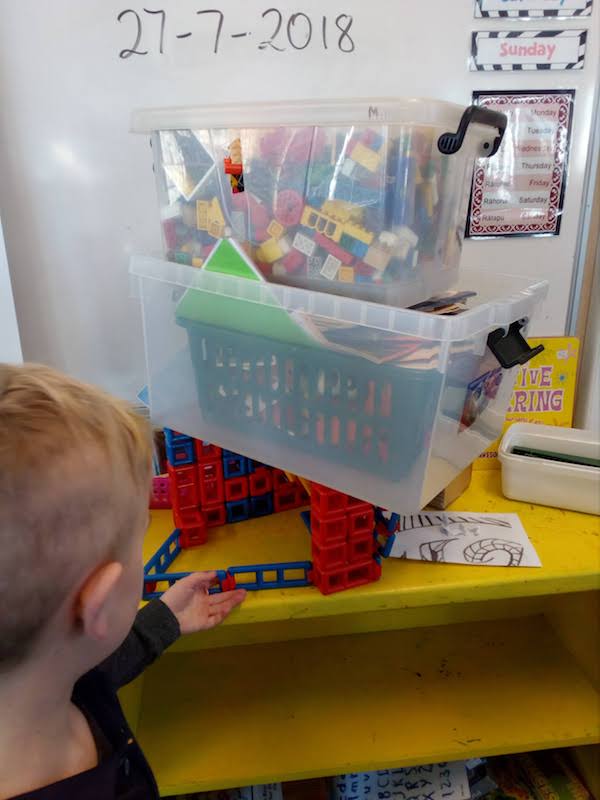 and it holds 2 boxes of lego

This was also a lesson in balance because if things weren’t put on evenly it all fell down (a few times) until Victoria suggested that the boxes all needed to be put on in the middle. Te Ramaroa also suggested that the bridge should have four sides, not just three sides. 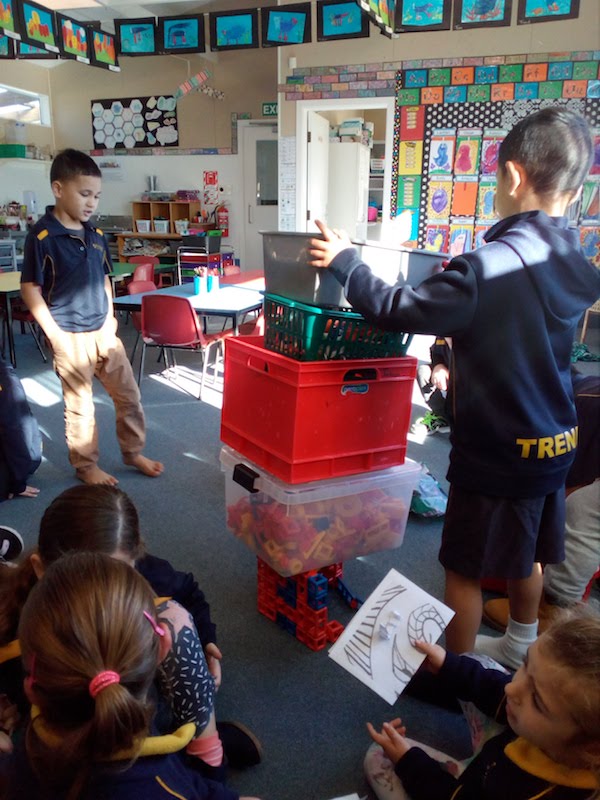 let's see how much the bridge holds 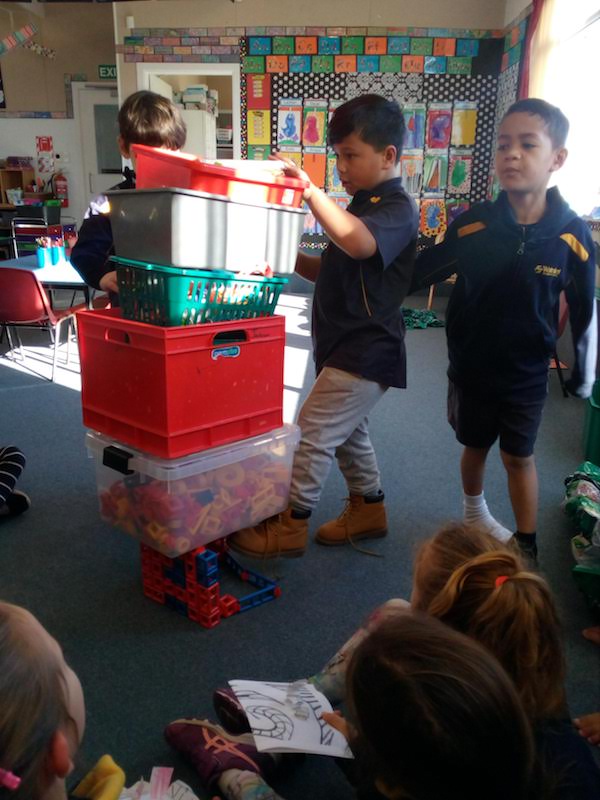 it needs to have another side here

Meanwhile, the girls managed their learning by practising art and drawing skills and made 3D scrapbook pictures which they excitedly shared with everybody.

Victoria: “my rainbow wasn’t poking up enough so I changed it by sticking more of it down to the flat paper and then it stuck up better”

From these discussions we identified our 'Word of the Week' - Modify - because we all needed to modify our construction or art to make it work better.

The learning was immense in this construction challenge as all of the children realised that to make their constructions work better they needed to modify them. The boys, in particular, worked in groups of 3 or 4 which involved them contributing their ideas as well as listening to each other’s ideas and building together. Some of the boys in these groups have until recently been more inclined to build solo. It was pleasing to see them complete a construction challenge as a member of a group, enabling them to practice their social skills as well as learn from each other.

The girls who created scrapbook pictures were initially led by Victoria who had been inspired by some of the art displayed at the previous week’s assembly. She was a good leader in this project which was rewarding for her and her classmates. 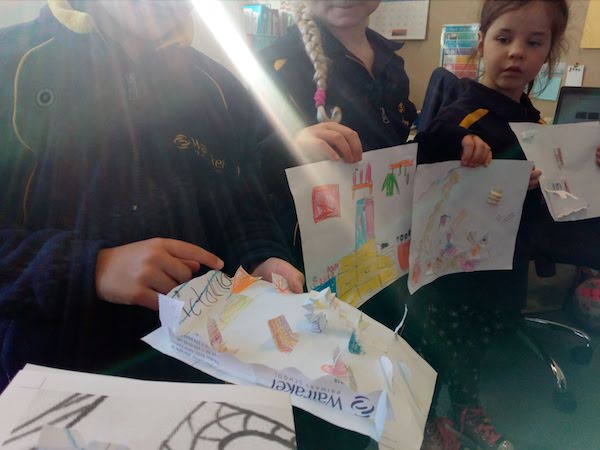