One of the Master Classes that children in the Poihipi Team have been electing to participate in this term is Construction in Room 15.

The students have been learning new skills and knowledge about building and construction. Their first challenge was to plan and build a tower taller than Mrs Griffin with the foam blocks. To begin with the tower kept tipping over and falling down. Many of the blocks were on an angle which made the tower lean to one side. After several attempts they managed to carefully place each block level and build a very tall tower, much taller than Mrs Griffin.

Their next challenge was to plan and construct a small pyramid with play-dough and short skewers. After looking a many examples of pyramids the students understood what a pyramid looked like. Their first attempts were unsuccessful. It was hard but they persevered and kept trying. They helped each other to hold the skewers in place while the play-dough was squeezed into position.

I like the long skewers because they make big shapes.

The structures the students made became more sophisticated and complex as their confidence and knowledge grew, and skills improved. 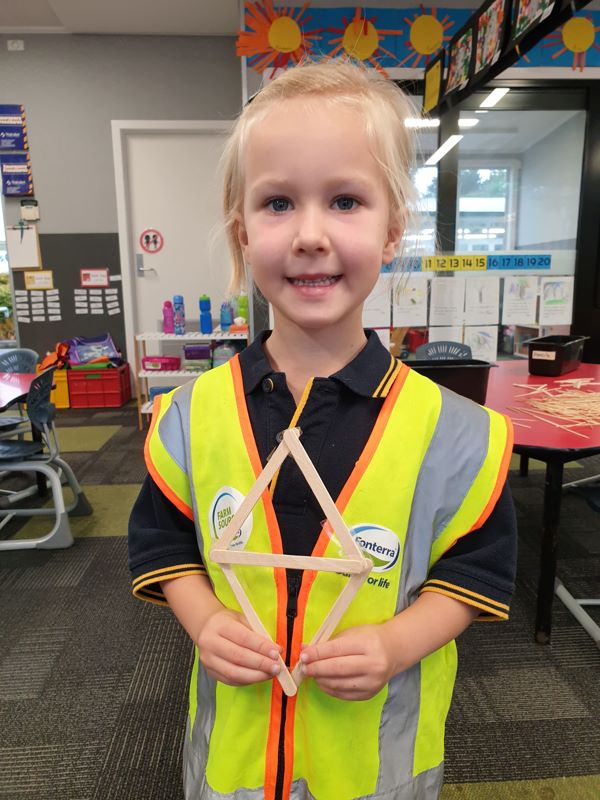 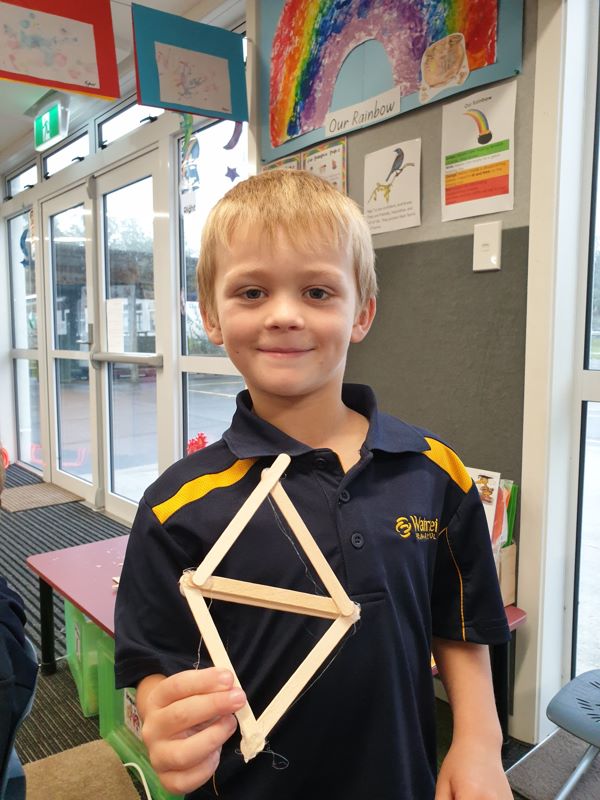 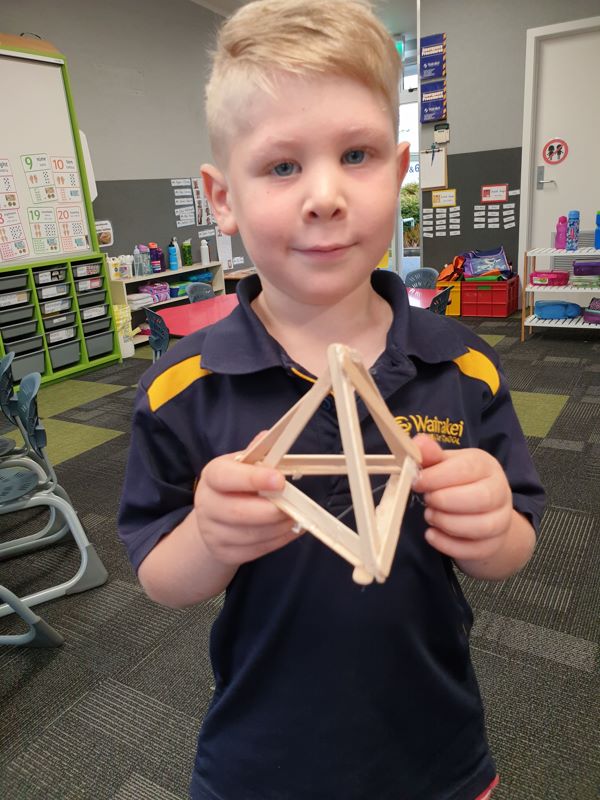 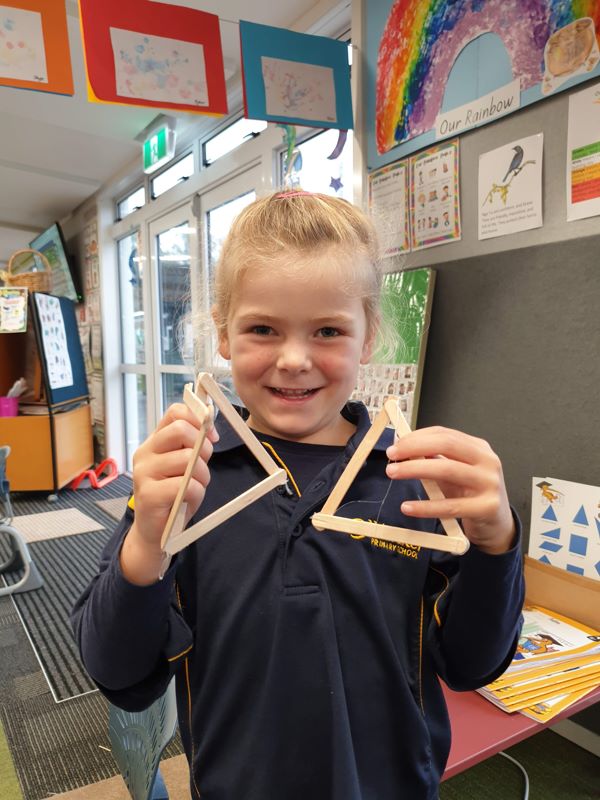 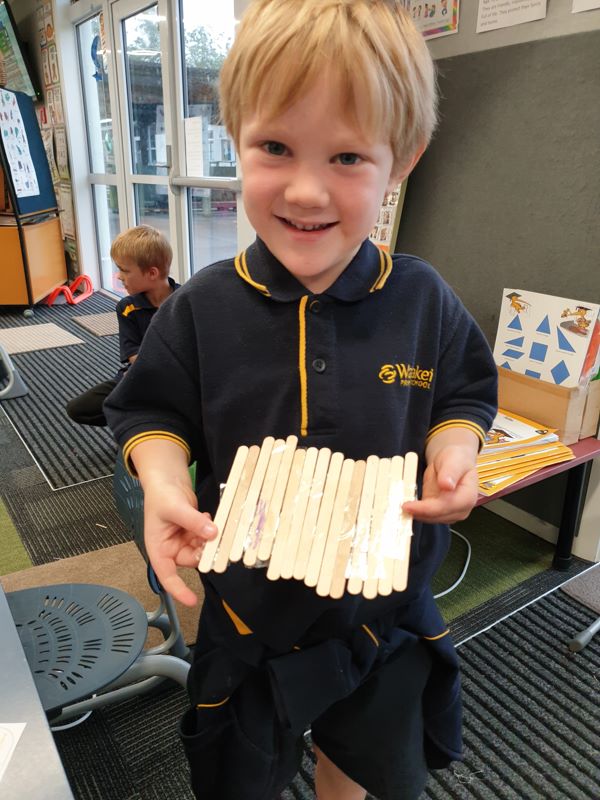 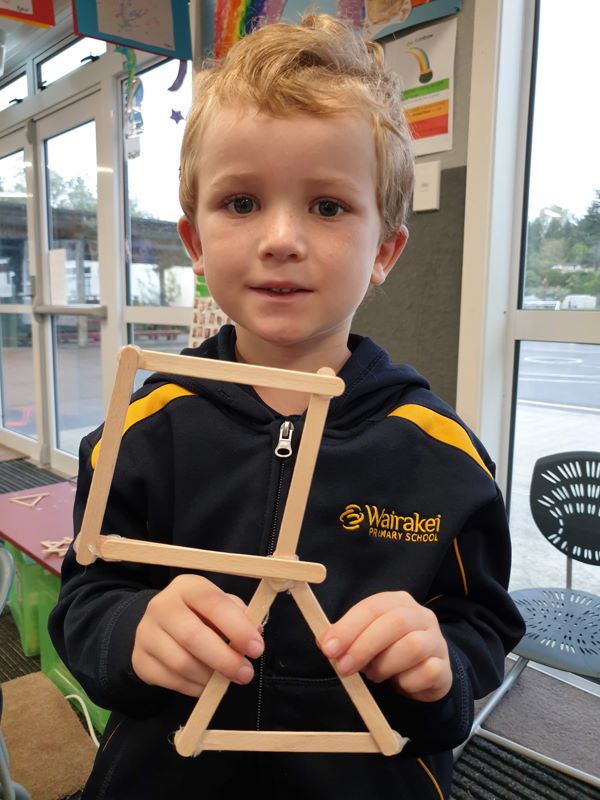 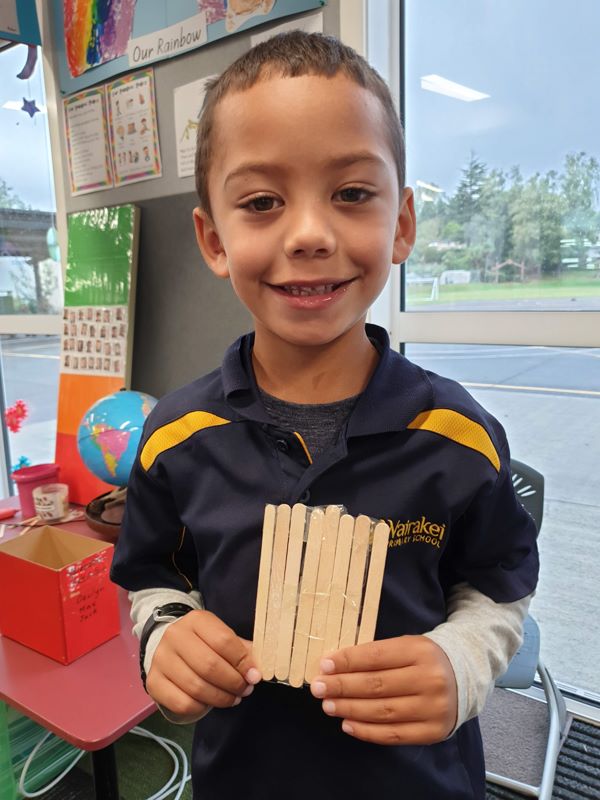 Cellotape was tricky. Mine kept sticking to the table. 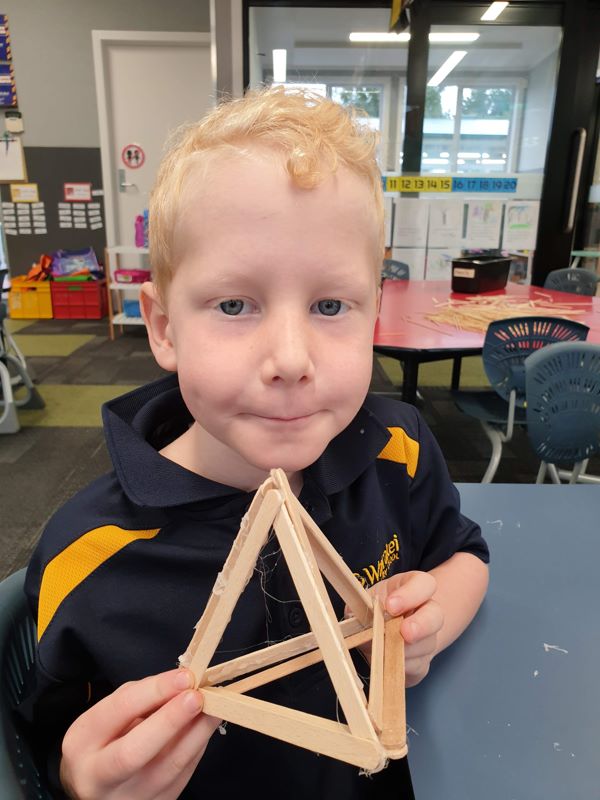 Glue guns are great. But you need to let the glue cool before you move it otherwise it falls apart.

By the end of the Master Class sessions all the students were prepared and ready to teach others how to build one of their own structures. On the Master Class Open Day the children were excited to share their learning with visitors. It was great to see so many whānau keen to learn something new in the child-led workshops available. 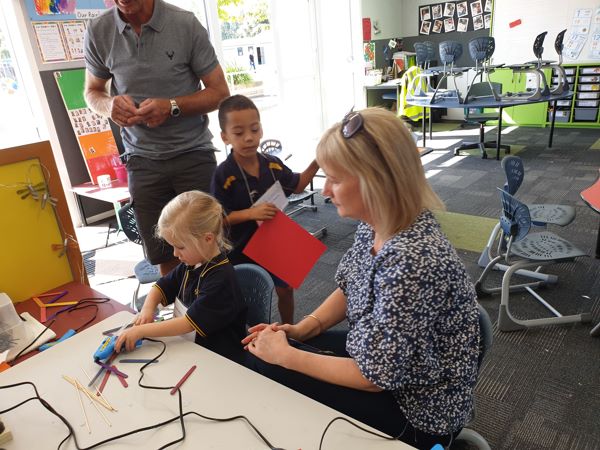 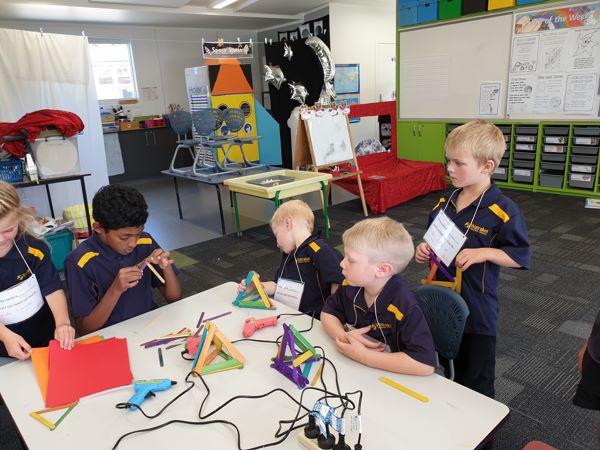 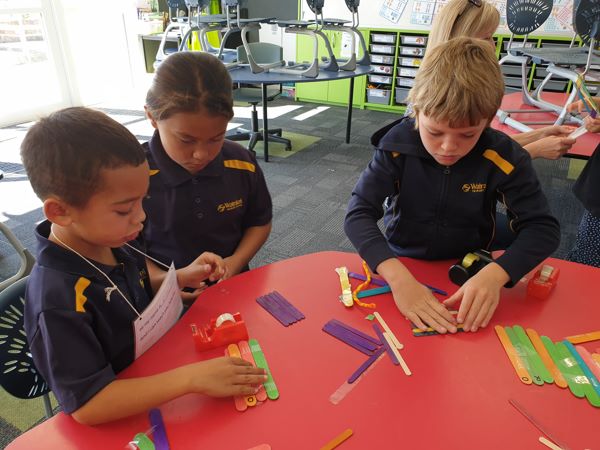 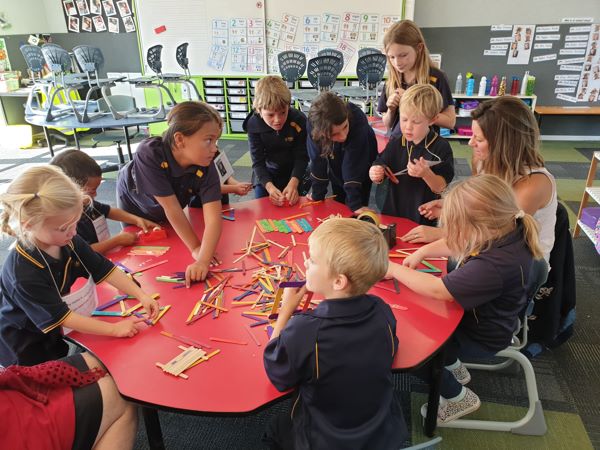 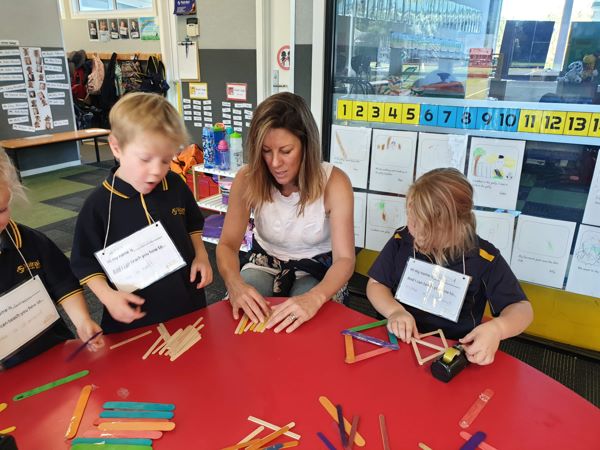