What to make for calendar art?

The change of season from Winter to Spring was our inspiration. The concept was simple. Flowers - using colour, layers, and shapes. The children chose which flower shapes to cut out of newspaper. They were to make at least three flowers. Each flower was to have three layers of petals: small, medium, and large. The children had to keep a track of how many flowers they had cut out and how many more they needed to make to make the amount of layers they needed. We used some of their examples as problem solving stories for maths.

I.e Mackenzie has made seven petals. She needs nine petals for her flowers. How many more petals does Mackenzie need to make?

Cutting skills were put into action cutting out the petals. 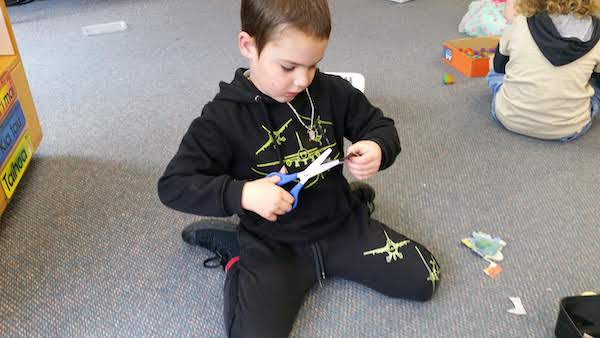 Each layer was painted with water paint. The paint was thin enough for the print on the newspaper to show through. 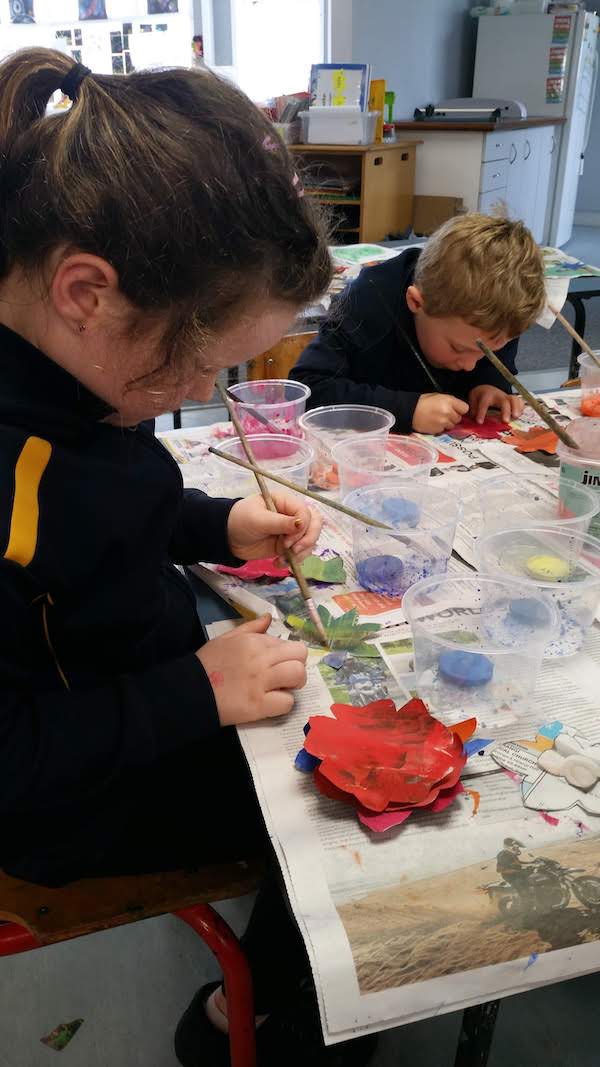 While the petals were drying the children created the background by cutting strips of green paper to represent the fertile ground. The strips of paper were positioned onto the calendar template with spaces in between them. 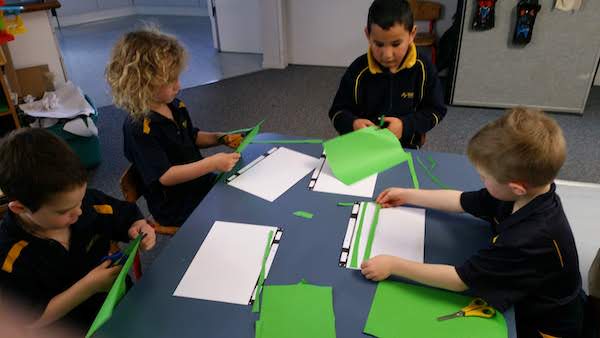 The buttons for the centre of the flowers were chosen. Some children deliberated long and hard, making several changes before the final decision was made. 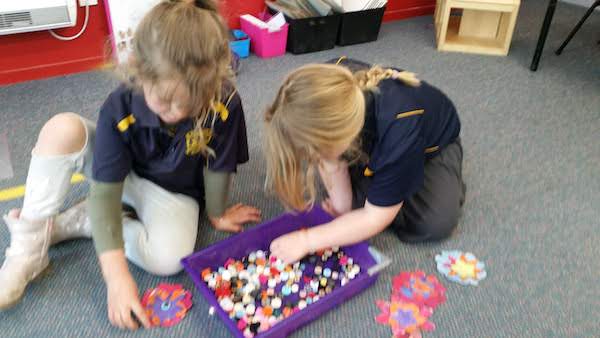 Before the buttons were attached the children drew stamens on their flowers with black vivid markers. They decided how many they needed and how long they would be. 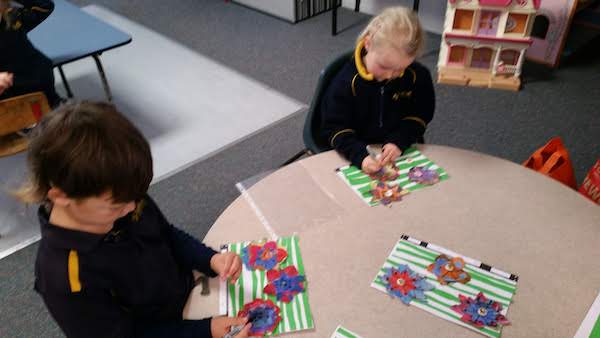 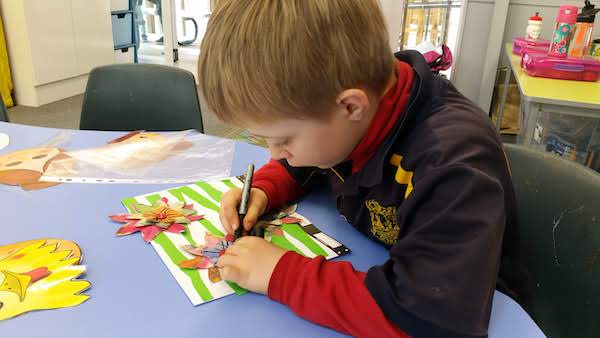 The flowers were then positioned onto the background and glued into place. Some of them needed to overlap so they would fit. This meant knowing in what sequence the flowers would need to be glued. Finally, each child had three butterflies they could put into position. The children enjoyed this activity. New art techniques were learnt and key competencies (keys for learning) were practised. The children were thinking: problem-solving, making decisions, and looking at their work critically. They were managing self: organising materials, completing stages, and meeting deadlines The artwork made a bright and colourful display in the classroom and were finished in time to be sent away for calendar art. 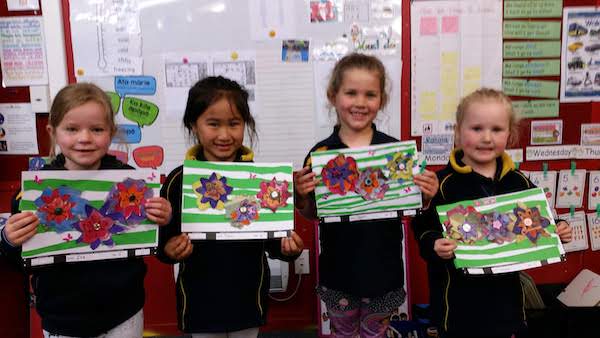 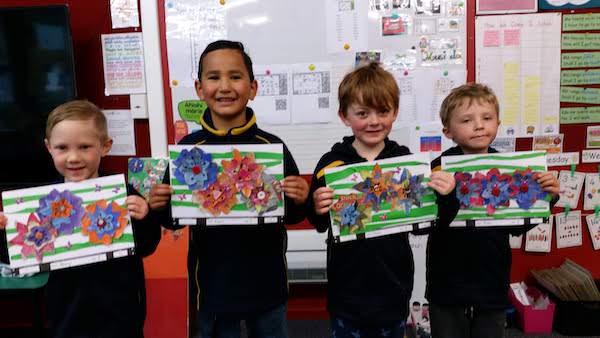 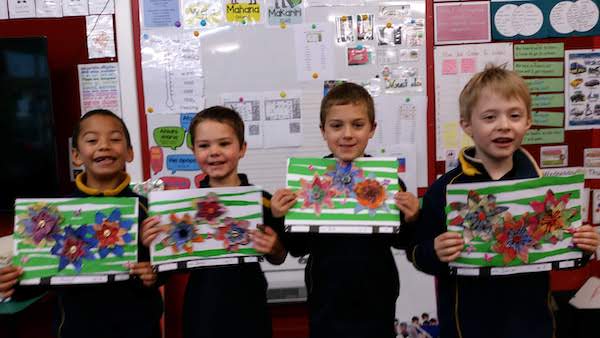 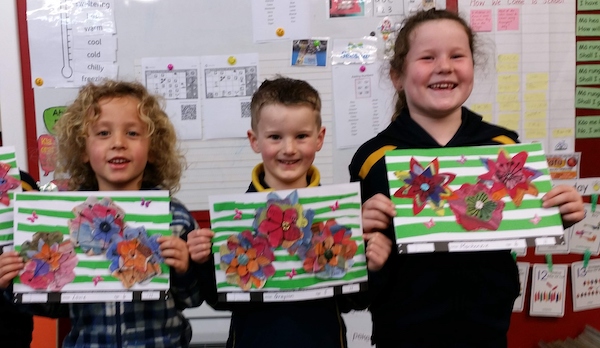 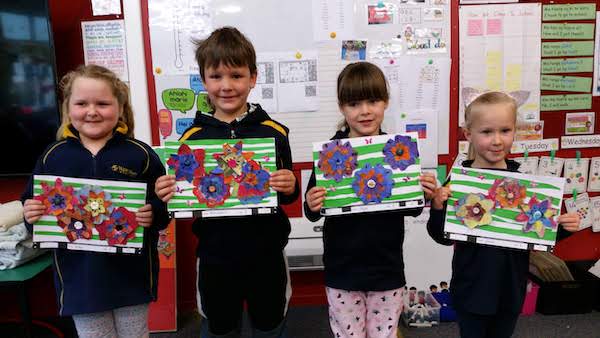