Room 14’s inquiry topic has been ‘Our Place.’ In the initial planning the teachers have included Māori local legends from Ngāti Tuwharetoa. Room 14 have chosen to focus on the local legend of Horomatangi, the taniwha.

The Ngāti Tuwharetoa people of the Lake Taupo area are descendants of early explorers Ngatoroirangi and Tia, who both arrived on the Te Arawa Canoe. From Te Awa o Te Atua (The River of the God) in the eastern Bay of Plenty Ngatoroirangi, the high priest and navigator commenced his journey to Te Puku o Te Ika a Maui (The belly of the great fish of Maui) in the Central North Island.

As a class we read the legend as a shared reading, and we have explored the meaning of Māori te reo words such as:

Ngātoro-i-rangi - being the high priest or chief of his tribe.

Horomatangi -horo to flee or escape, matangi is a type of wind or breeze.

Waka - a canoe or boat (Te Arawa was the name of the waka).

Te Awa o te Atua - lagoon by Matata on the Eastern Bay of Plenty of the North Island.

Motutaiko - the island in the lake where Horomatangi lives and protects the island. Motutaiko Island is tapu - no one is to land as it has been used as a burial ground for Māori. It is a very special place.

English words such as:

Perilous - dangerous, at risk of something happening

We have written the story as a sequence with picture plans and writing to effectively retell the story from a student perspective. Then we come together as a class to share our ideas and write our summary of the story below.

Ngātoro-i-rangi and his people decided to leave Hawaiki. 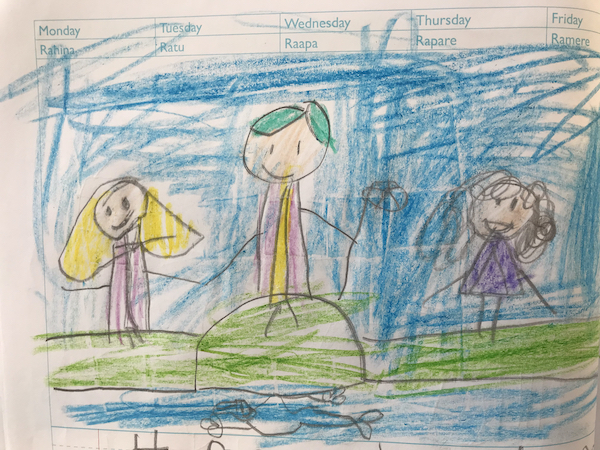 They  left on a waka called Te Arawa. Horomatangi, the taniwha followed to keep them safe on their dangerous journey.

They landed at Te Awa o te Atua in  the North Island and travelled over  land to Lake Taupō. 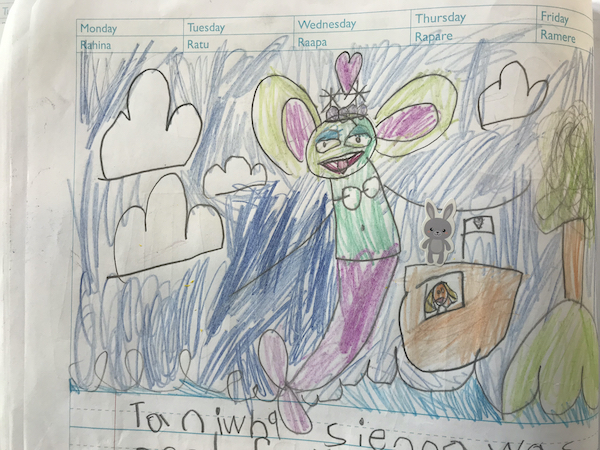 As a Visual Art project we enlarged the image of Horomatangi and used a combination of oil pastels and soft chalks. The soft chalks were used to make the various blue shades of circles. Our intention was for it to look like air bubbles in the water. The students decided Horomatangi was a guardian of Lake Taupō and wanted to portray the taniwha as the beloved pet of Ngātoro-i-rangi. Together we  wanted to highlight the importance of this local legend and our project is proudly displayed on our classPhoto: Room wall. 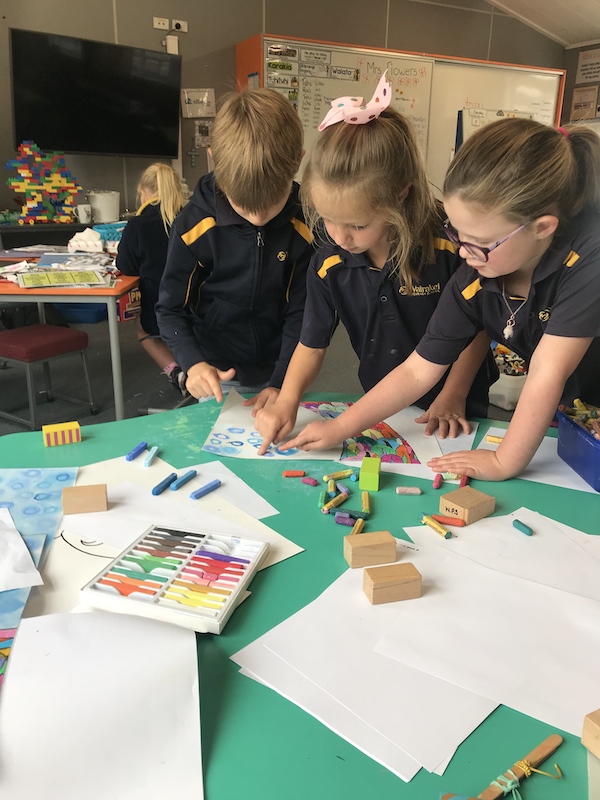 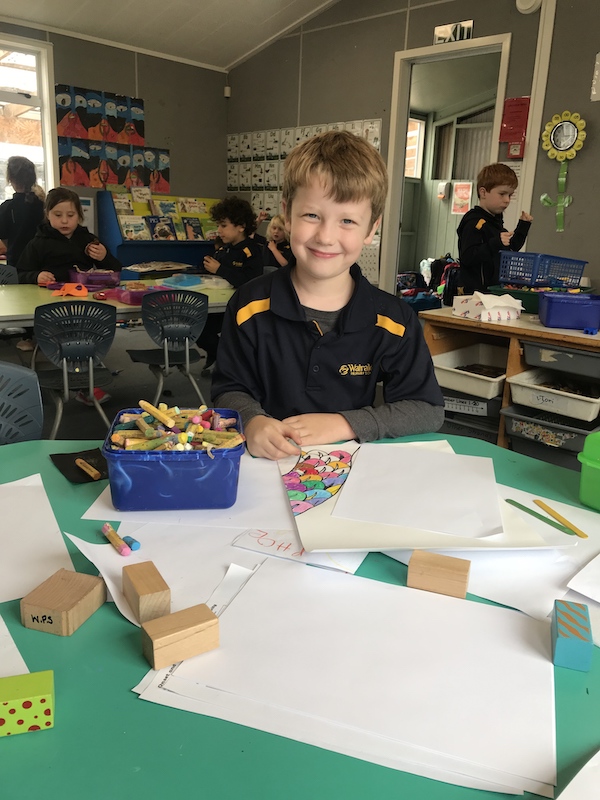 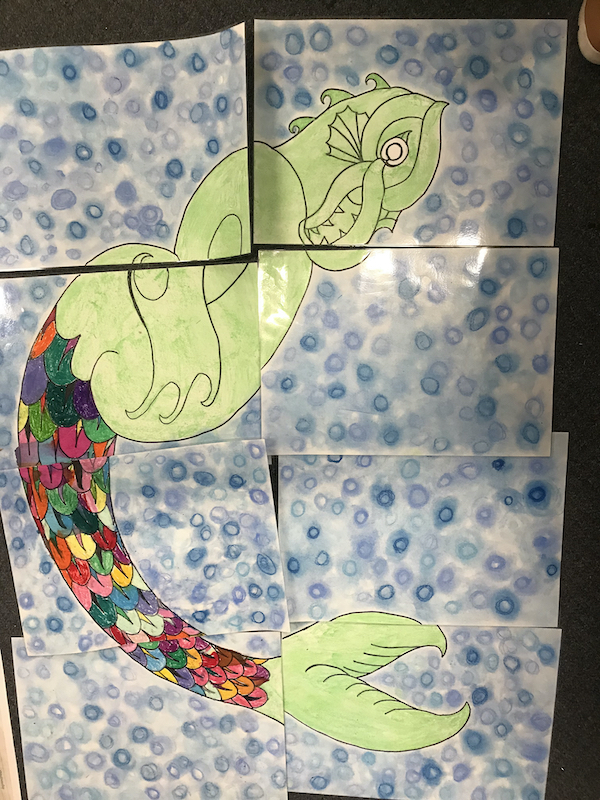 Our next steps are for the students to use creativity to build a taniwha out of reusable items such as egg cartons, cardboard cylinders, cellophane and plastic cartons.