Room 15 wanted to create an activity for students to enjoy at playtime and lunchtime.

The challenge was to design something fun, using water. By using the Engineering Design Process, the students could follow specific steps to ask, research, plan, create, test, and improve an activity for other students to enjoy. 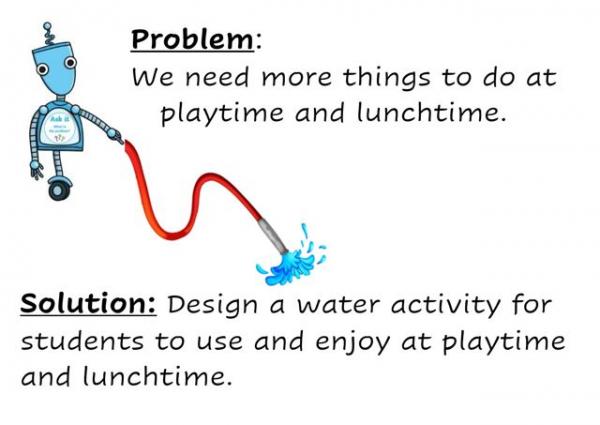 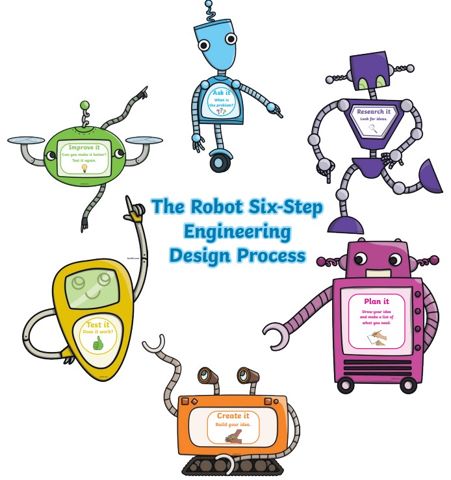 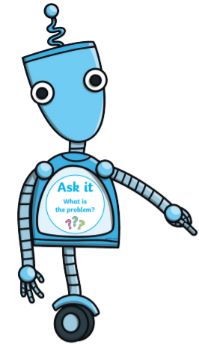 The students discussed and brainstormed ideas. ‘Monster trucks’ and ‘a spa’ were in their list of ideas. With Mrs. Griffin’s help, they sorted their ideas, removing the ones which wouldn’t work. Unfortunately, the ‘spa’ and the ‘pool’ had to go. 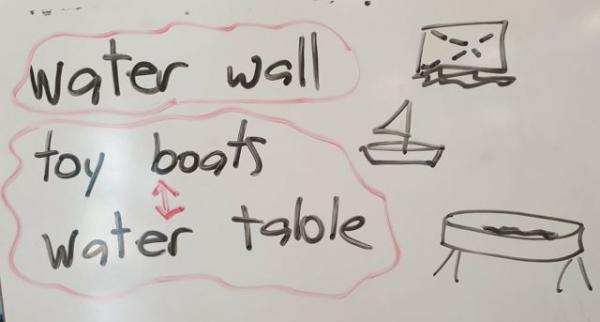 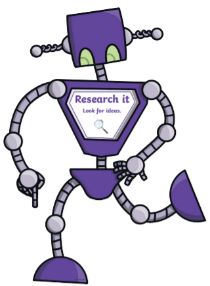 The two ideas left were the water wall and the boats in a water table. The water wall got the thumbs up to research.

First, the students found out they needed tubes, pipes, funnels, and buckets. They asked parents to donate these items.

Next, they explored how water flows in and out of these items. 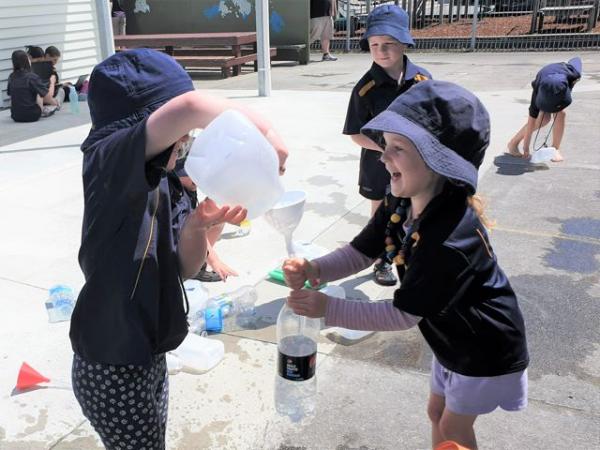 Lillie said, If we hold the tube down the water won’t go through it. We have to lift it up. 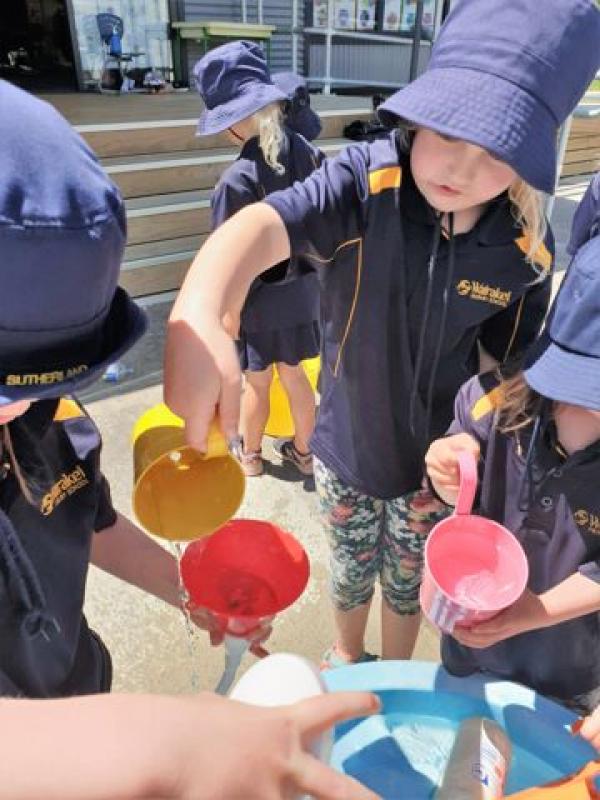 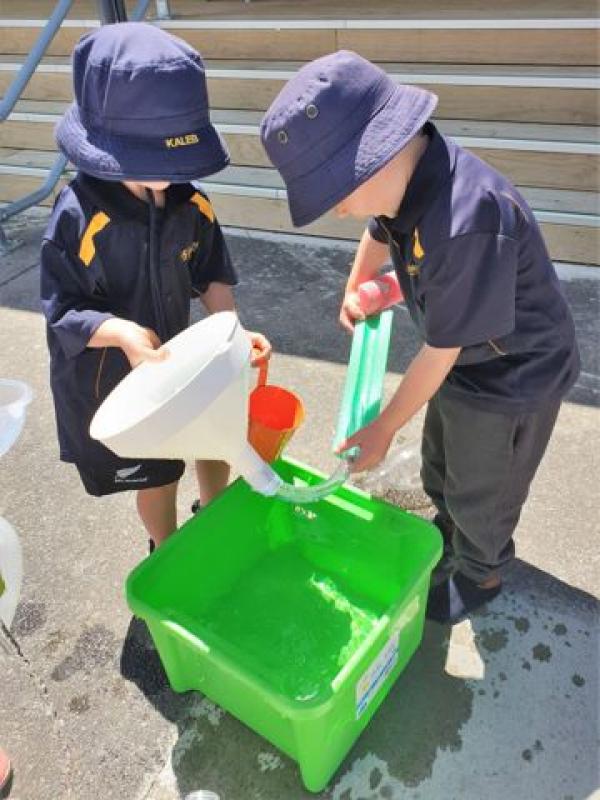 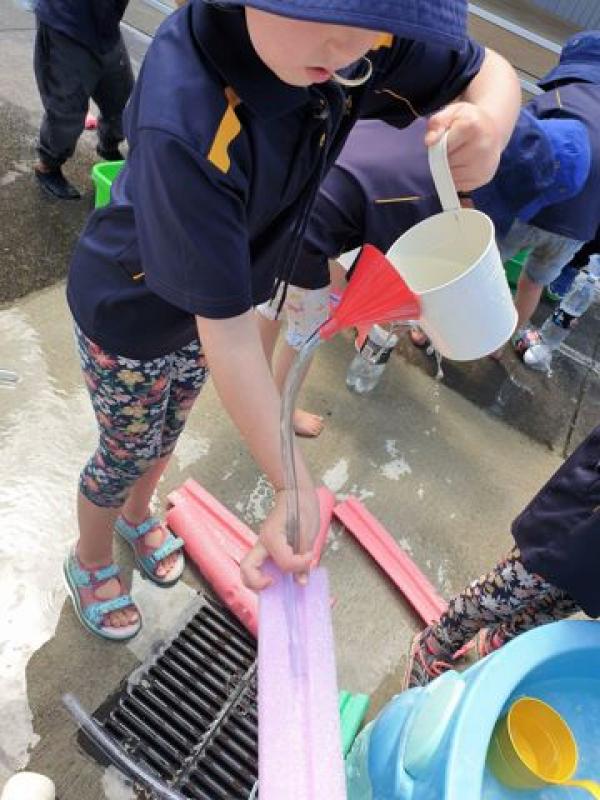 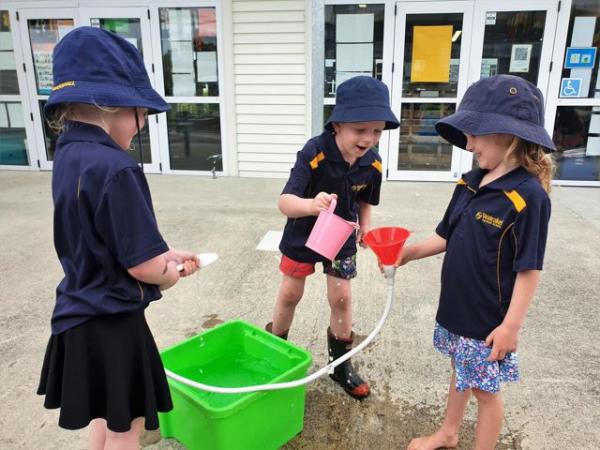 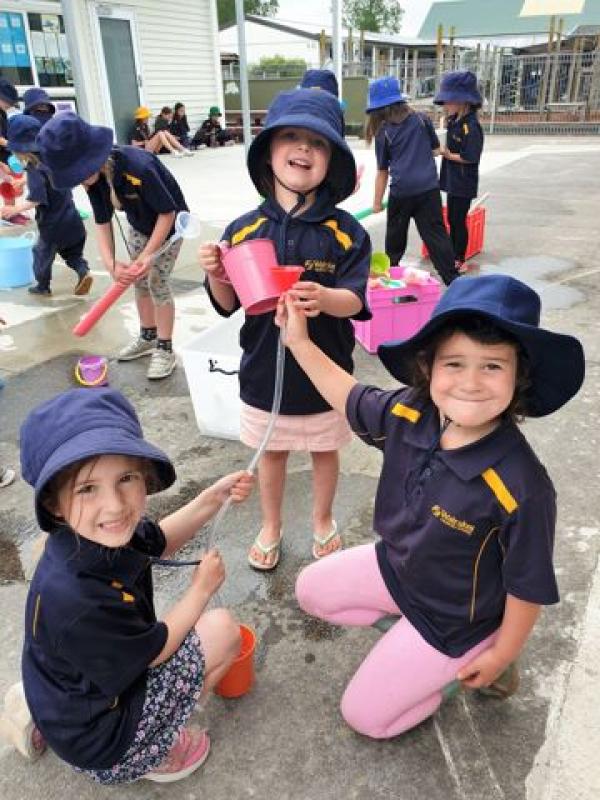 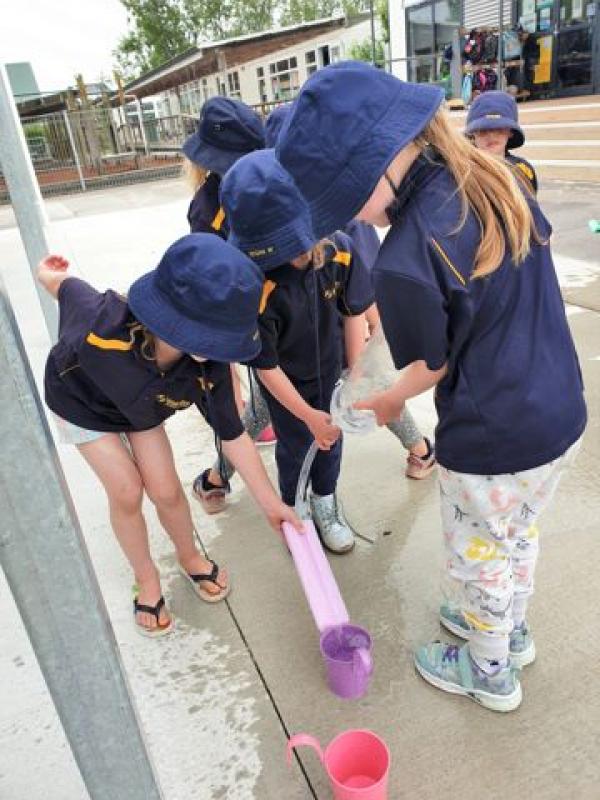 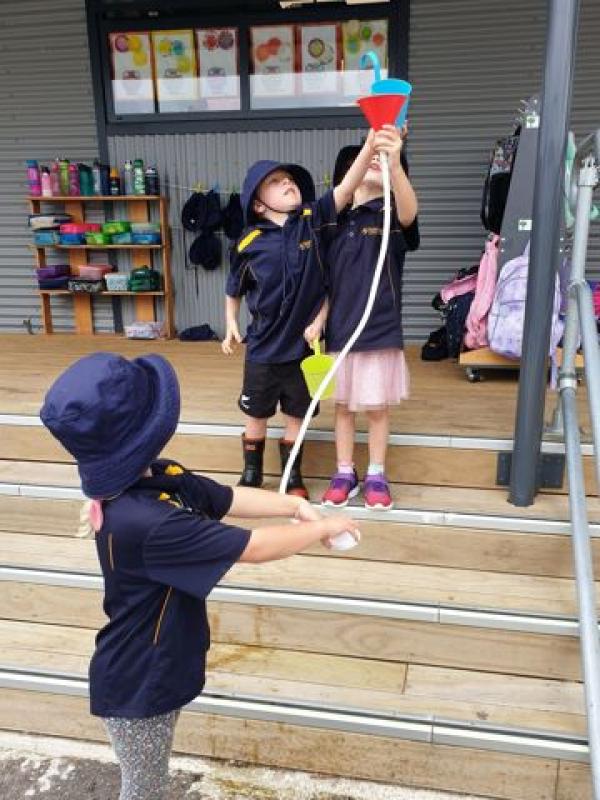 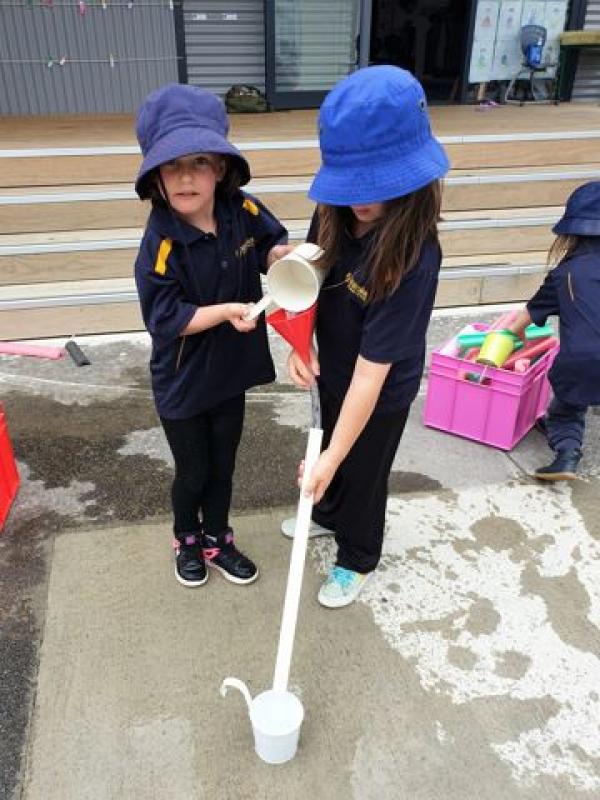 Mrs Griffin suggested using a trellis for the wall, then they could attach the tubes, pipes, funnels, and buckets to it. 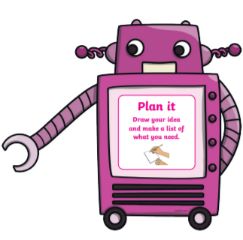 Now, it was time for the teams to plan. Jack, James, Hupa, and Mack worked together to design a water wall which would allow water to flow from the top to the ground. 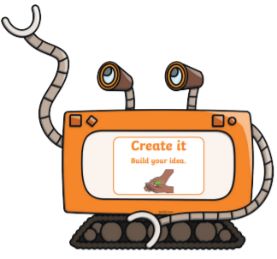 The team were excited to create their design.

Test it and Improve it 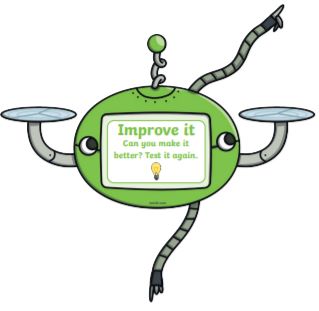 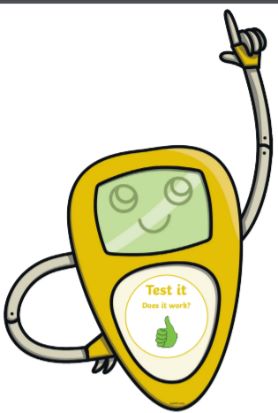 After testing their water wall, the team had to quickly improve it. There was a constant chatter from the team members on what to change and move, followed by testing it, yet again. These steps of the design process seemed to cycle around and around as Jack, James, Hupa, and Mack had to keep altering their creation. 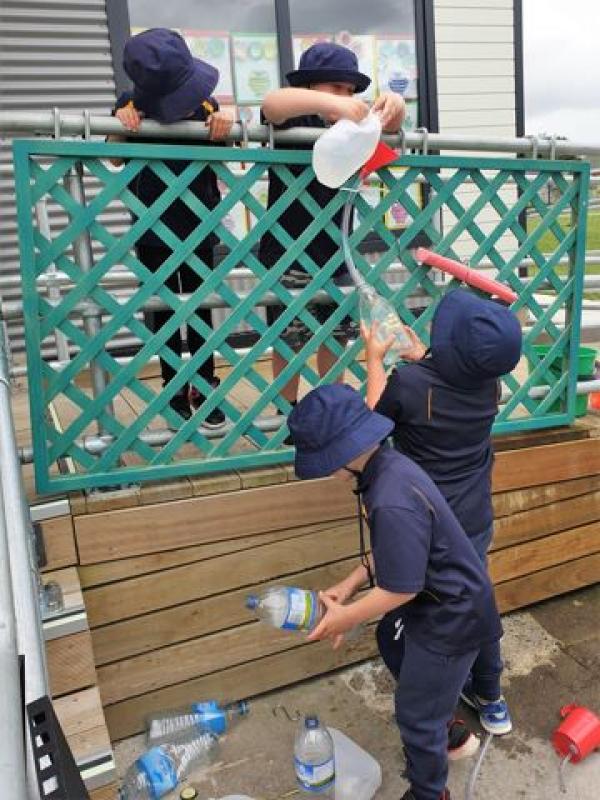 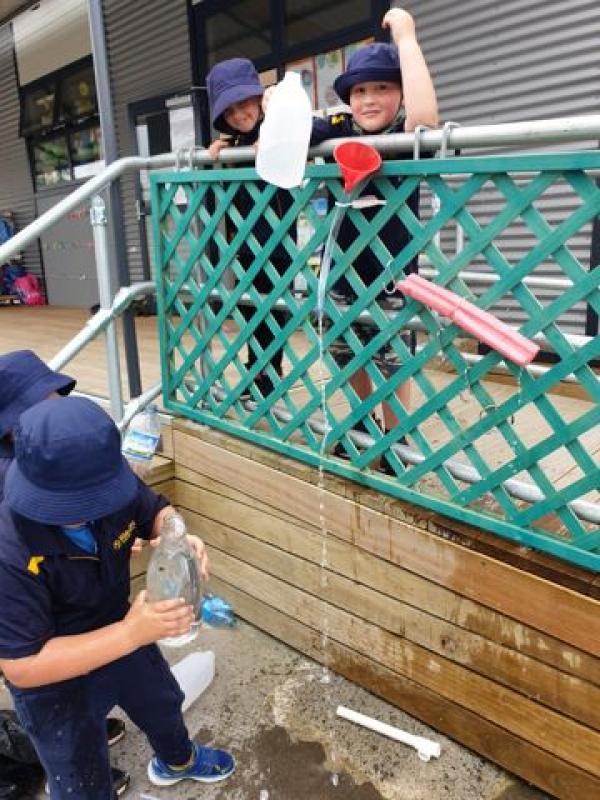 Improving their water wall meant the team had to move the tubes and pipes. This was tricky. Sometimes the pipes fell off or the tubes moved out of place. The students had to work together to fix and improve their water wall. 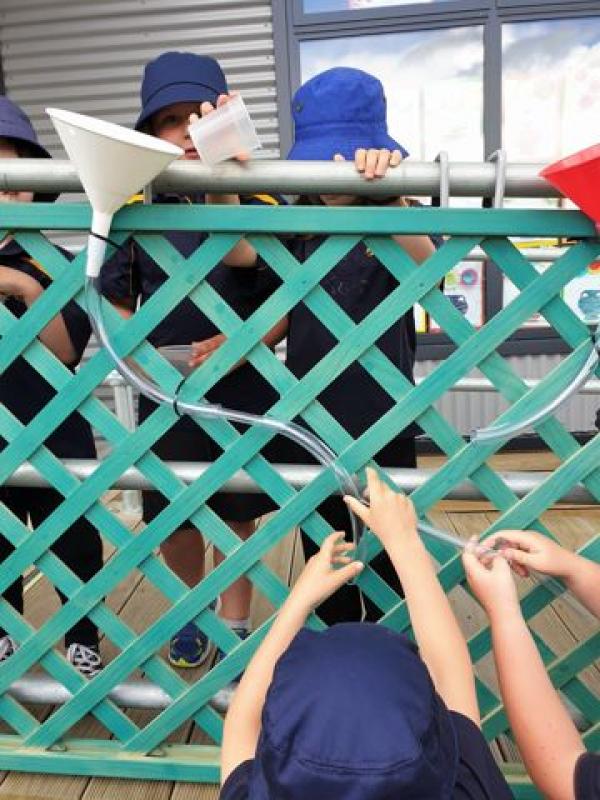 Jack said, “The tubes need to be tight otherwise the water comes out.” 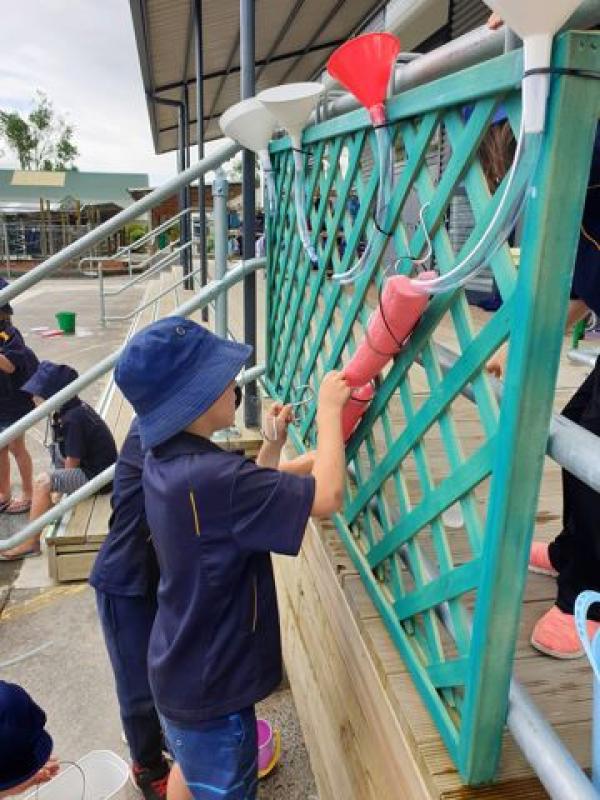 Mack said, “If we plug up this hole, the water won’t escape.” 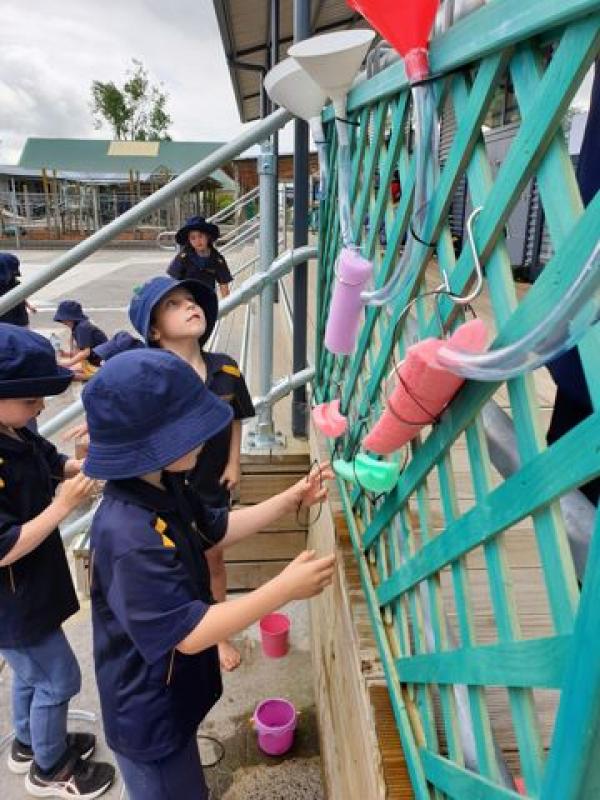 After many changes, the team were able to create a water wall which worked.

Mrs. Griffin asked Jack, James, Hupa, and Mack if they thought the water wall would be fun for other students to use. They boys agreed, it would be fun.

James said, It was hard, but that’s what makes it fun!

Hupa said, Can we do it again?

The students will understand that people have different roles and responsibilities as part of their participation in groups.

The students will follow a design plan to support the development of an outcome, identifying appropriate steps and resources. 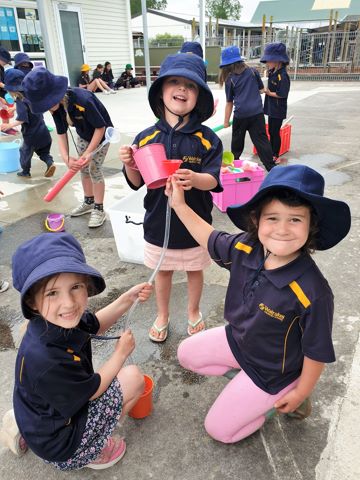