Writing poems about special people in their lives was Room 15’s focus for writing. They decided to start with writing about their mums, and then wrote about their dads.

Each student explained to Mrs. Griffin why their mum was special. Mrs. Griffin helped students structure their words into poems and then wrote their poems down for them.

First, the students chose one word to describe their mum.

Next, they listed things their mum likes doing.

Following this, they named some of their mum’s visual features.

Lastly, they described how they felt about their mum. 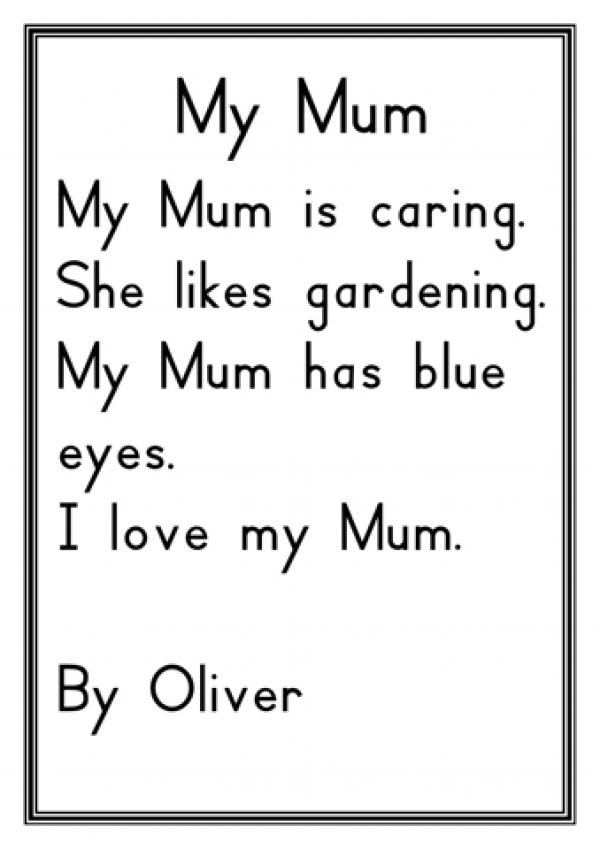 Oliver said, “I like writing about my mum. She’s really special to me.” 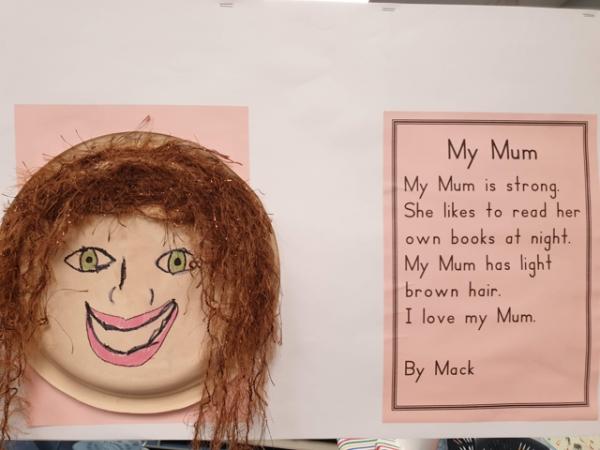 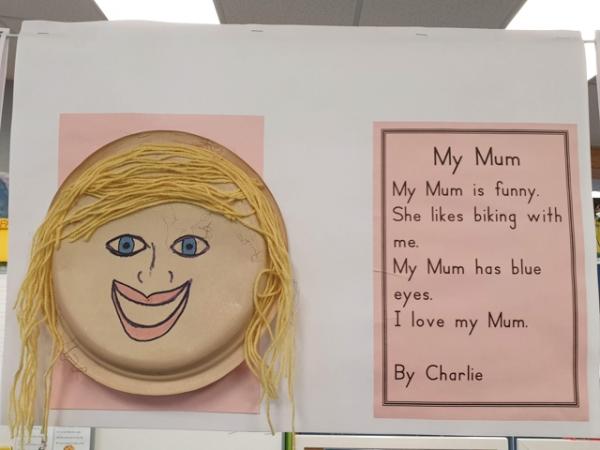 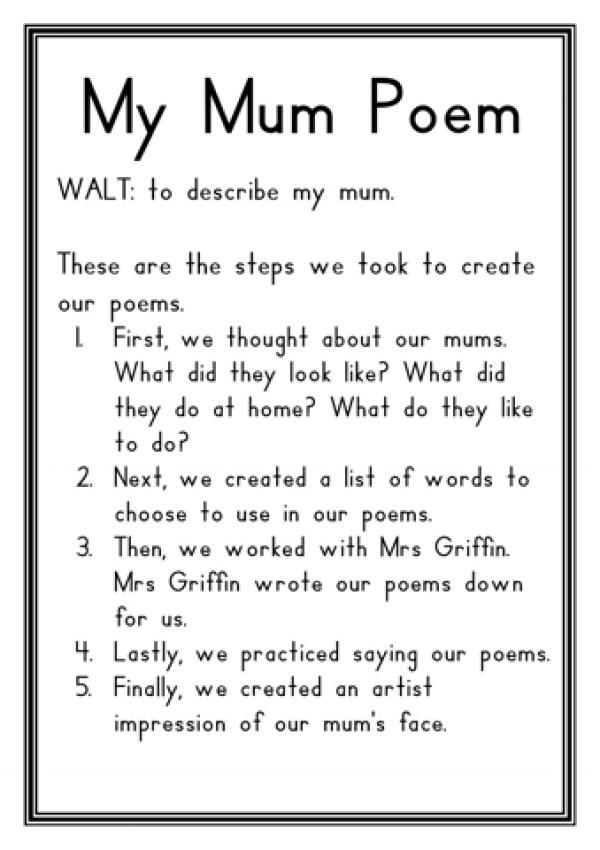 Each student created a picture of their mum using a paper plate, paint, coloured pencils, and wool. These pictures needed to be accurate, i.e. eye and colour. 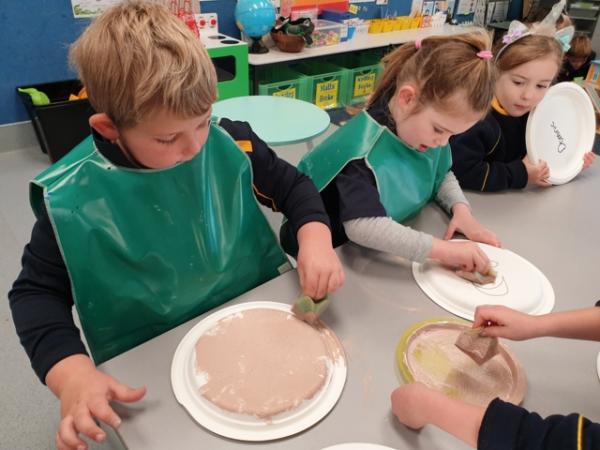 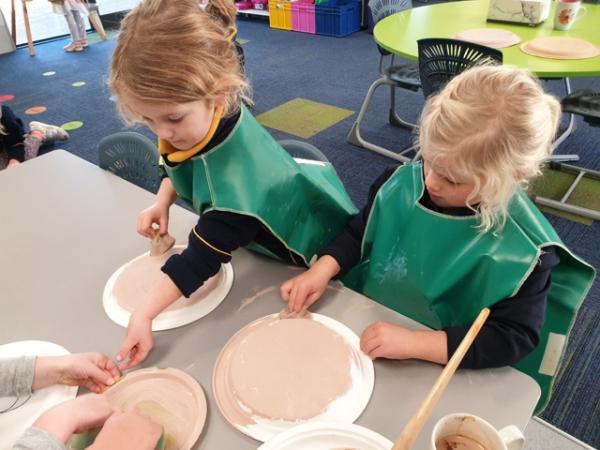 Charlie said, “I used yellow wool for my mum’s blond hair. It was really tricky making the wool stay on the paper plate.” 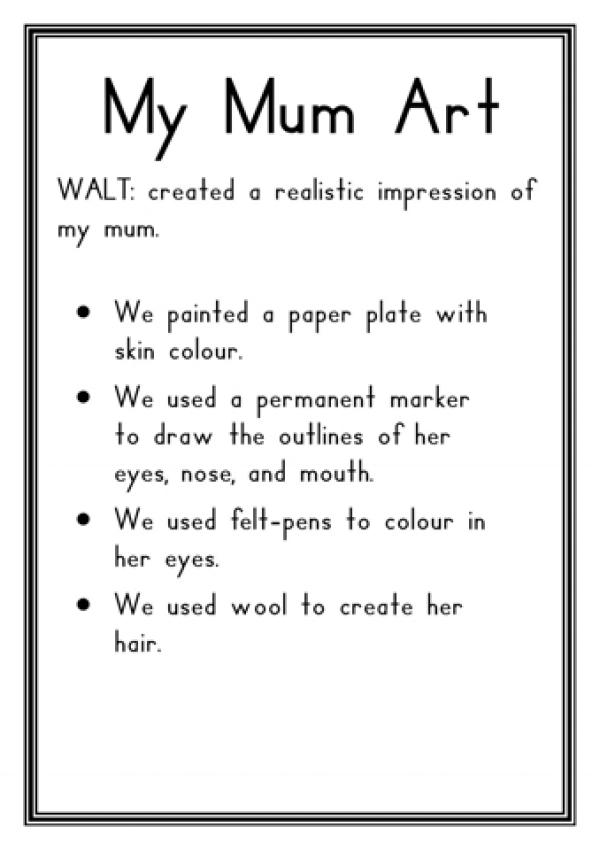 Speaking slowly and clearly was the goal for recording their poems. With Mrs. Griffin’s help, students recorded their voices.

Mrs. Griffin then made a video of each student’s picture and added their audio recording.

Each student’s poem and picture were displayed together. There was also a small poster with each student’s QR Code. The QR Code linked to their video. 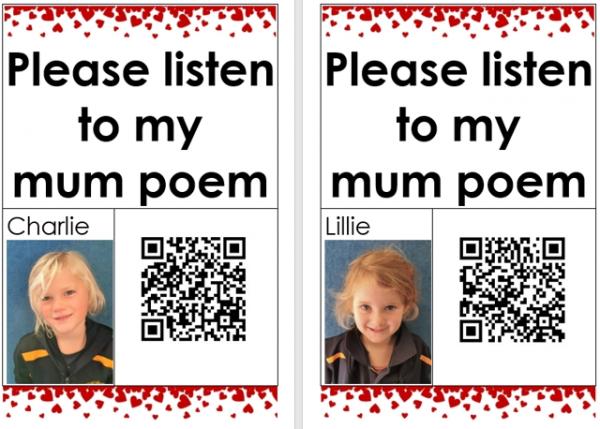 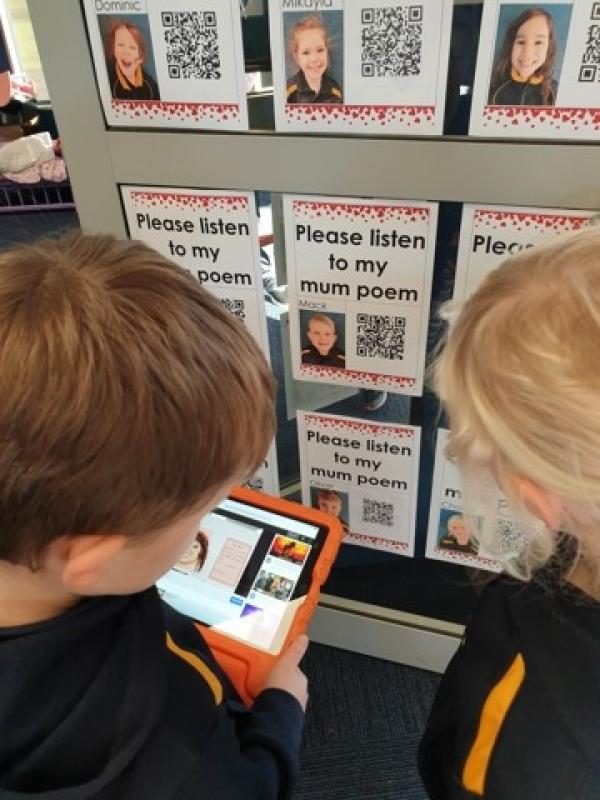 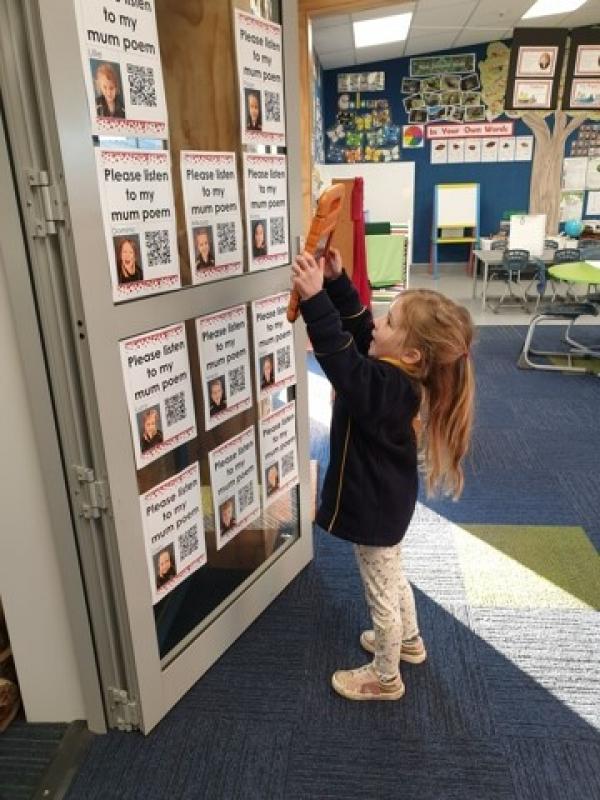 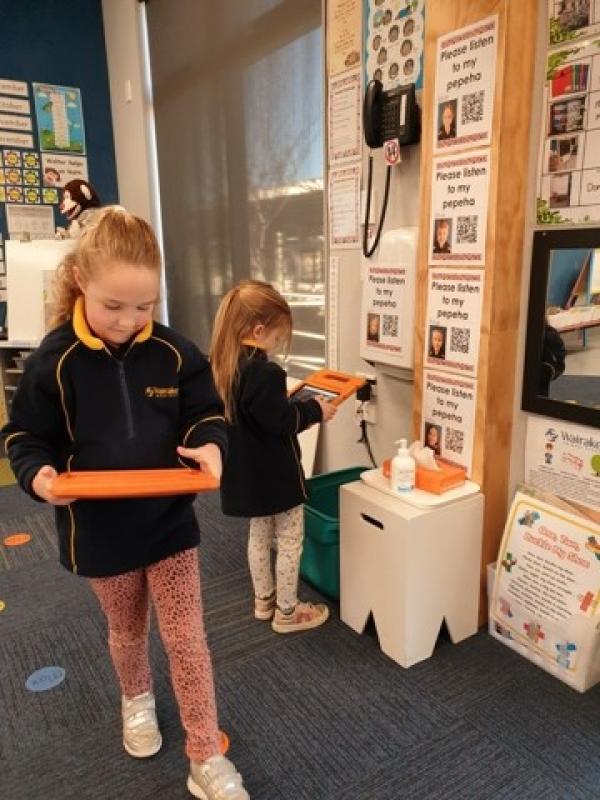 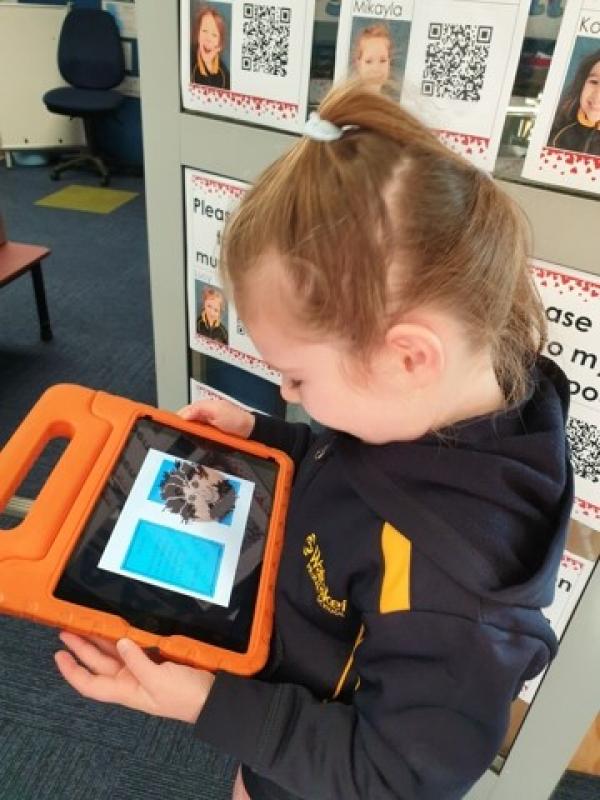 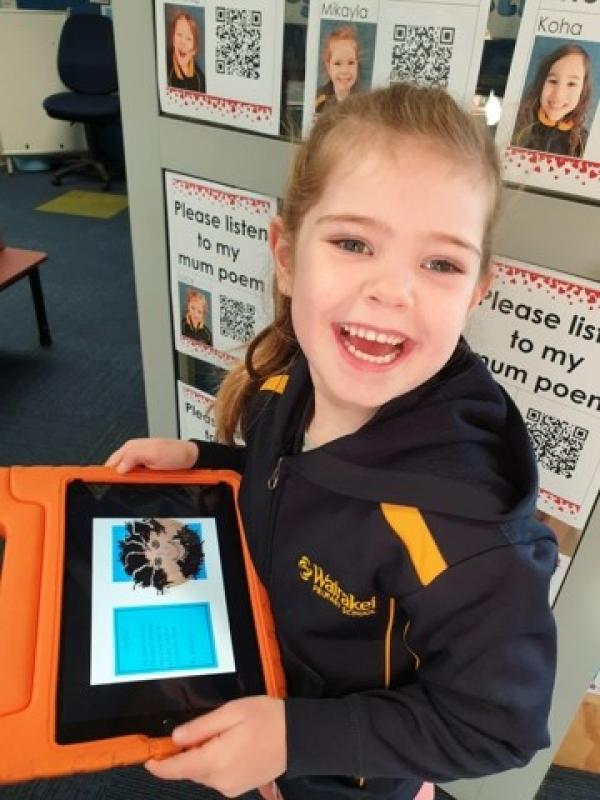 Mikayla said, “I liked using the QR Code on the iPad. I could watch all my friends’ videos and listen to their poems.”

Room 15 repeated this process and wrote poems about their dads. 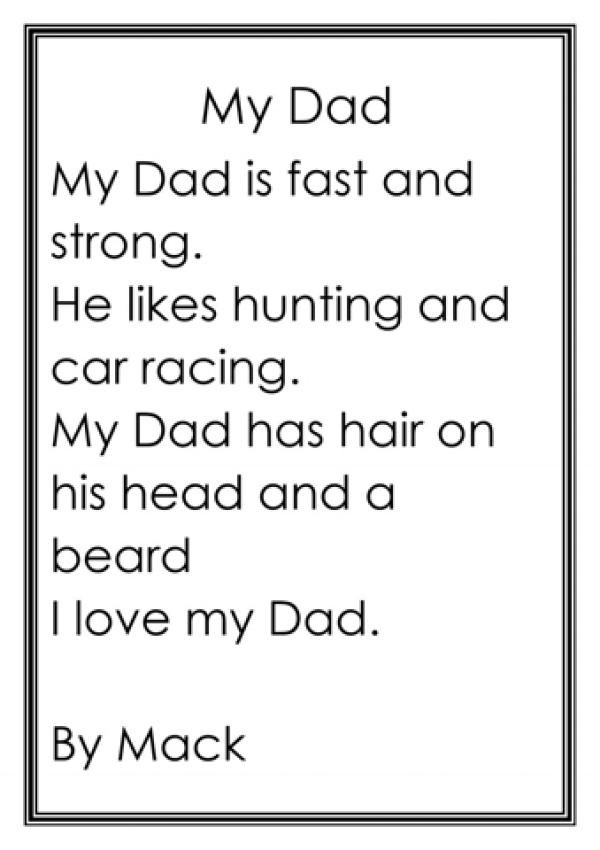 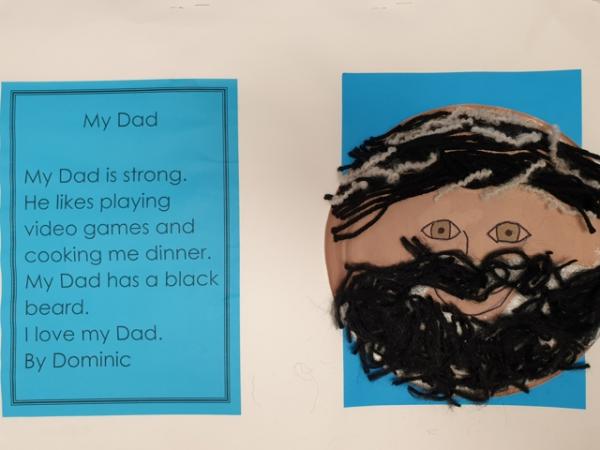 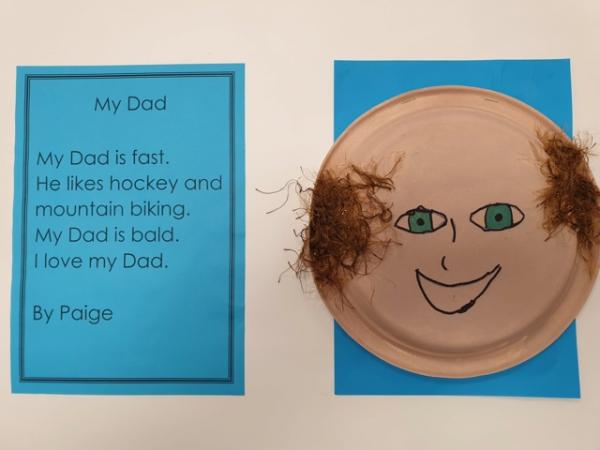 Paige said, “It was fun writing about my dad and making his face on the paper plate.” 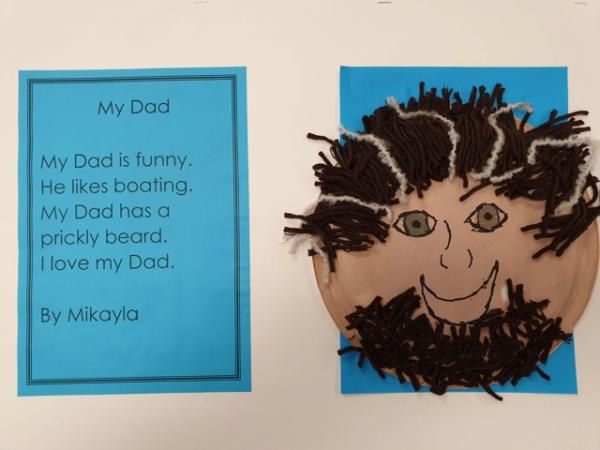 To celebrate and share their learning, students presented their poems to Team Poihipi, parents, families, and some visiting kindergartens. 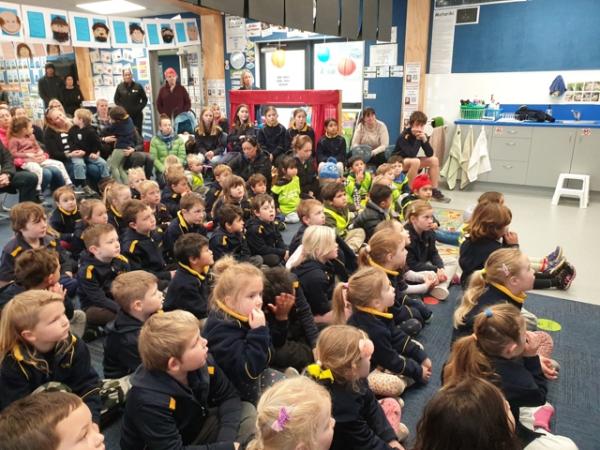 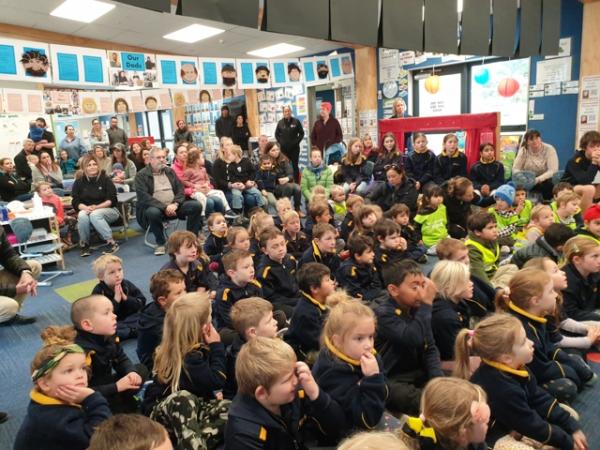 Mrs. Griffin said, “It was wonderful to see so many parents and kindergartens at our sharing morning. The students did a brilliant job presenting in front of a large audience.”

• Use language features, showing some recognition of their effects.

• Recognise how to shape texts for a purpose and an audience.

• Form and express ideas on a range of topics. 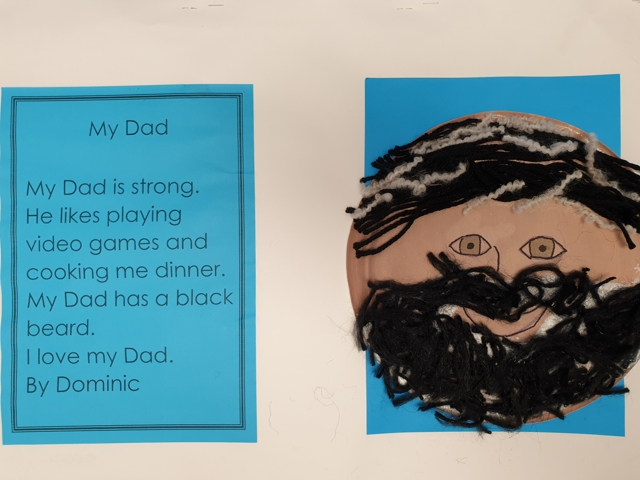