The land before time Part 1

The Poihipi/Ohaaki Inquiry this term is focused around “Curiosity”. Room 15 started our inquiry by doing some activities which asked the students to be curious about the world around them.

First we had a scavenger hunt in small groups using our mystery box. The students worked in pairs to complete their game board. They had to find things that were - red, black, pointy, hairy, smooth, and square.

Brodie, Preston, Liam and Thor with objects that had the same square shape. 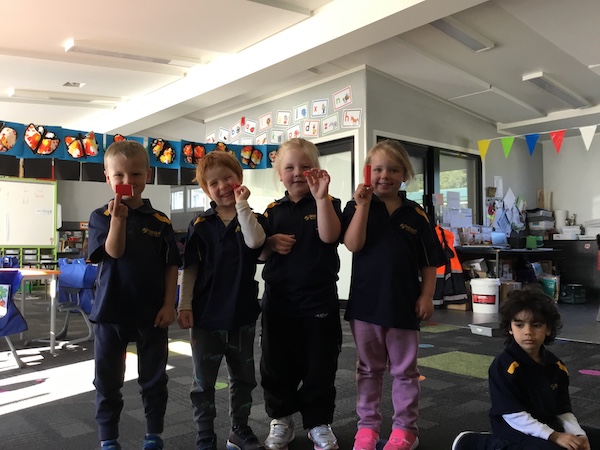 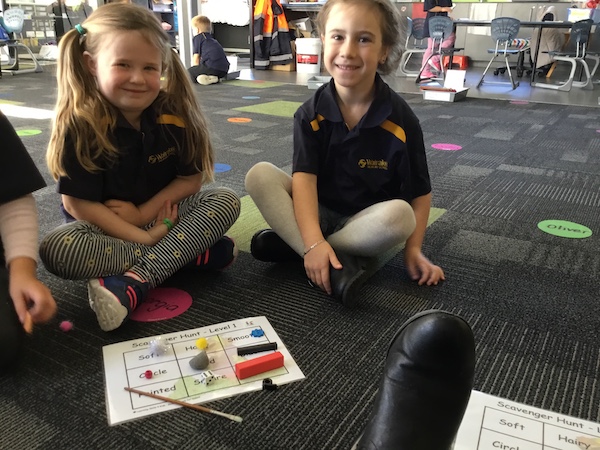 Grayson and Brock found things that were a circle. 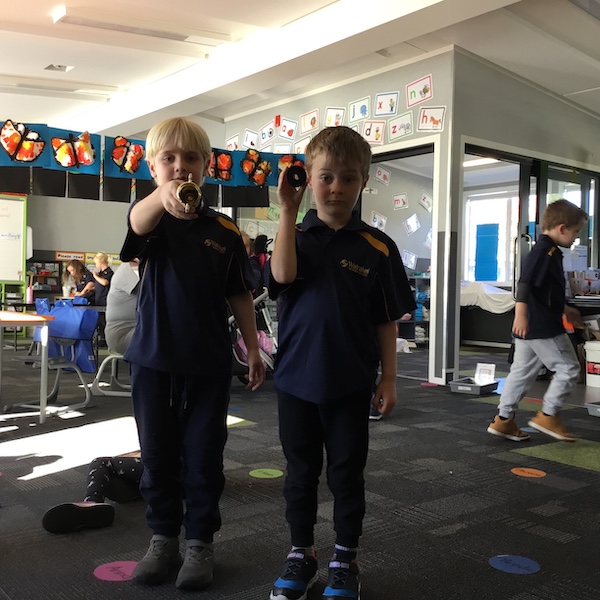 I have a hairy spider. (Kaylah) 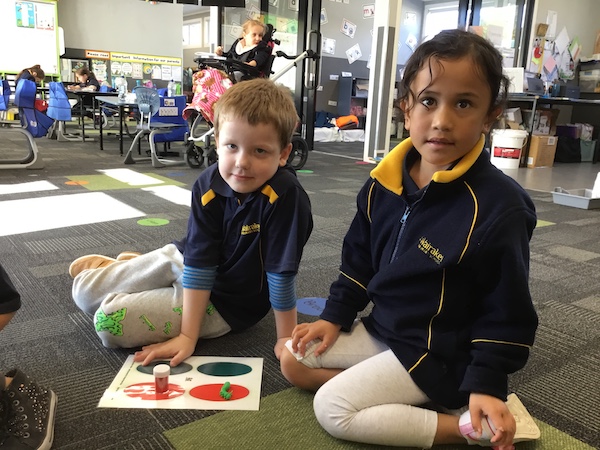 Jynesis, Brock and Lucian said that the cow was the odd one out (different) because it lives on a farm. The other animals live in the wild.

Thomas and Thor said a builder or a dad would use all the tools in the picture — so they were the same. 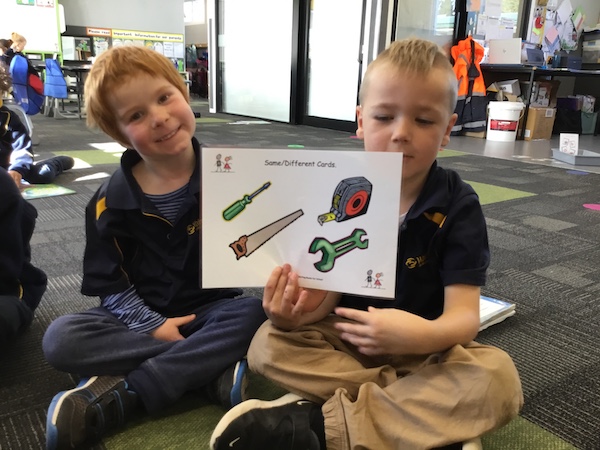 Liam and Lucian thought these objects were the same because a girl or hairdresser would use them. 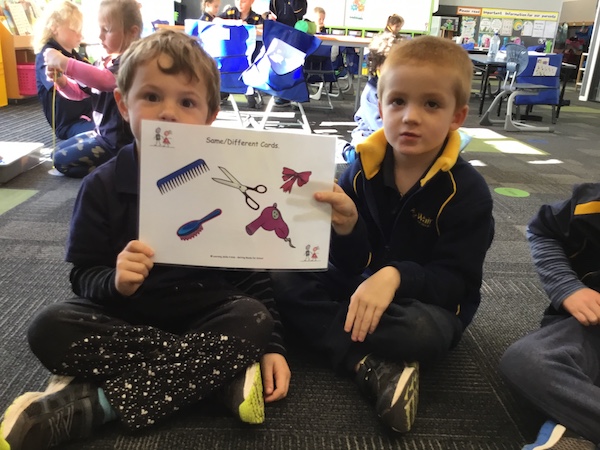 Mrs Griffin and Mrs O’Sullivan decided that we would follow the student’s passions around dinosaurs this term so we could all be expert paleontologists.

Room 15 used our SOLO Define Map to identify what a dinosaur is. We put all the dinosaurs in the middle of the “define” map. Any animals that were not dinosaurs went around the outside. As part of the Inquiry “can do’s” for the week students could use the define map to identify other types of animals. Preston, Ziah-Ray and Oliver used the map to define—what is an insect. 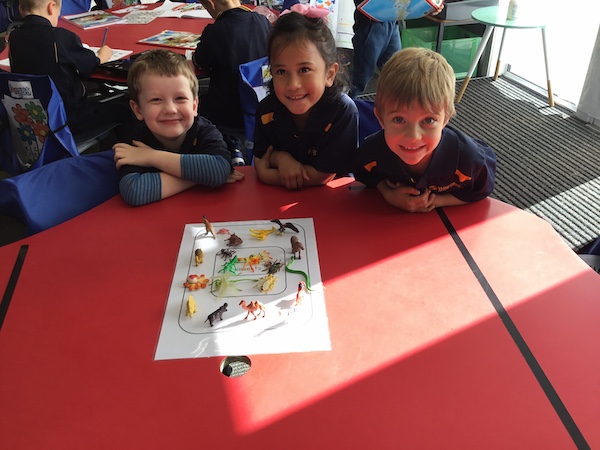 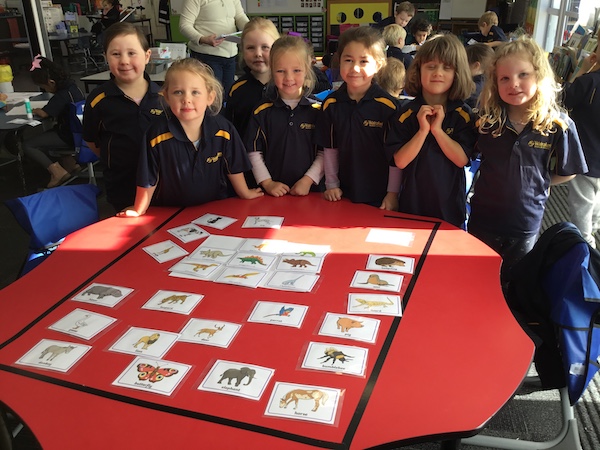 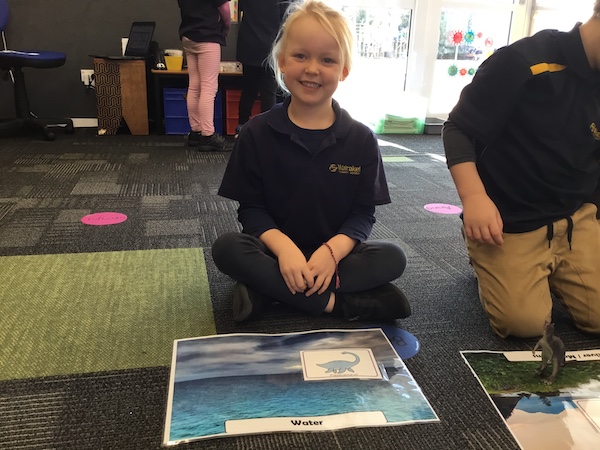 Mea, Brody and Molly discovered that some dinosaurs lived on the grasslands. These are mainly “long necks” who ate plants (Herbivores). 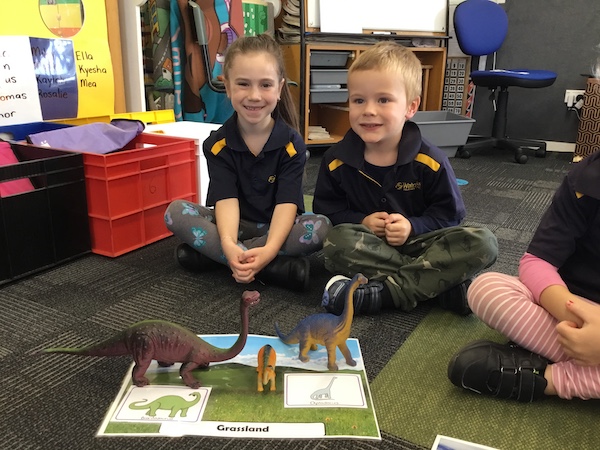 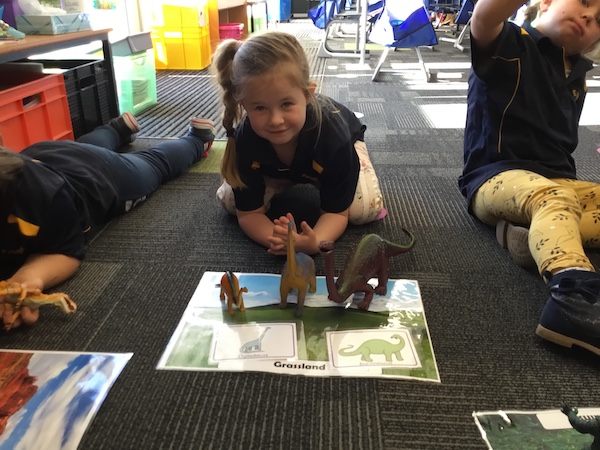 Kyesha and Kaylah discovered that some dinosaurs lived in deserts. One of these  dinosaurs was a group called “Raptors”. These creatures were fast, aggressive and may have worked as a team to hunt it’s prey. 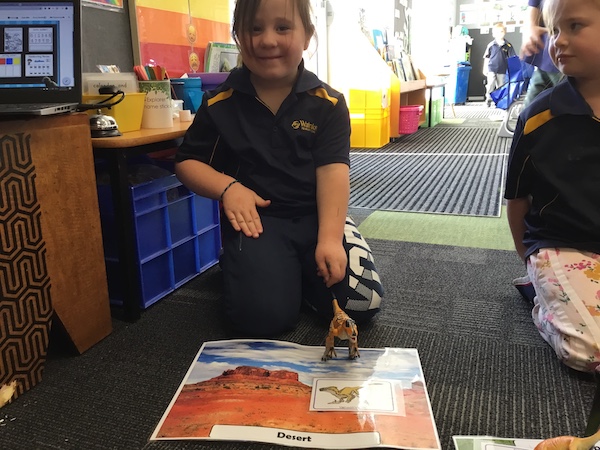 Phoebe discovered that the largest number of types of dinosaurs make their home in the forest or swamp. These included both plant eaters like the Triceratops and Stegosaurus. One of the most angry, the T-Rex, also made the forest his home. We thought this might be because the carnivore had so much food to choose from. 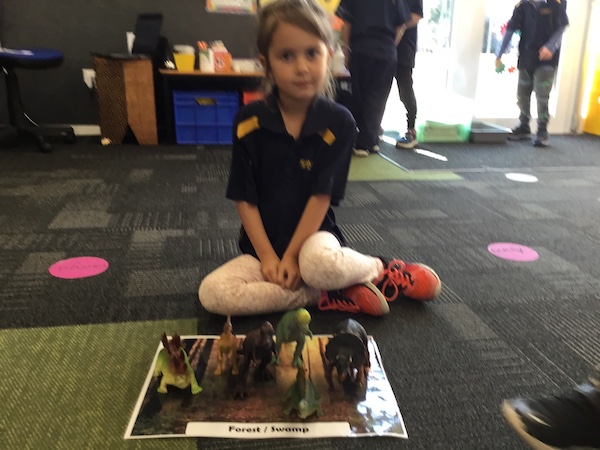 Preston, Rosalie and Anna discovered that some dinosaurs lived high in the mountain byrivers. Most of these are flying  dinosaurs like the Pterodactyl, Pteranodon, and Dimorphodon. 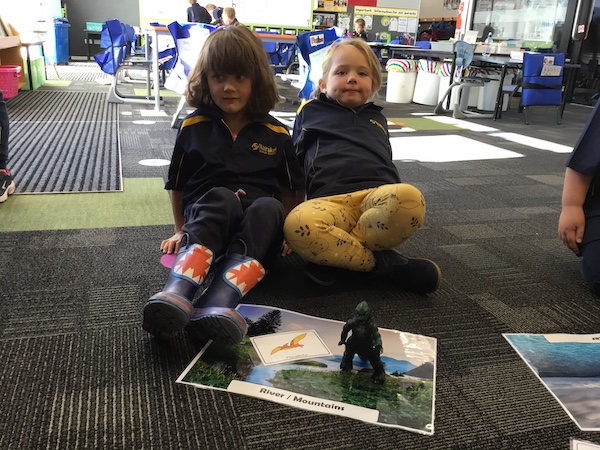 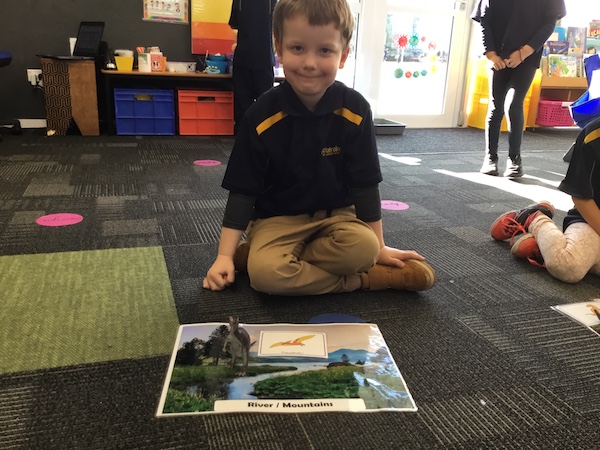 Then we classified our dinosaurs depending on their features including those dinosaurs with spikes/horns, big teeth, sharp claws, long necks and flying. 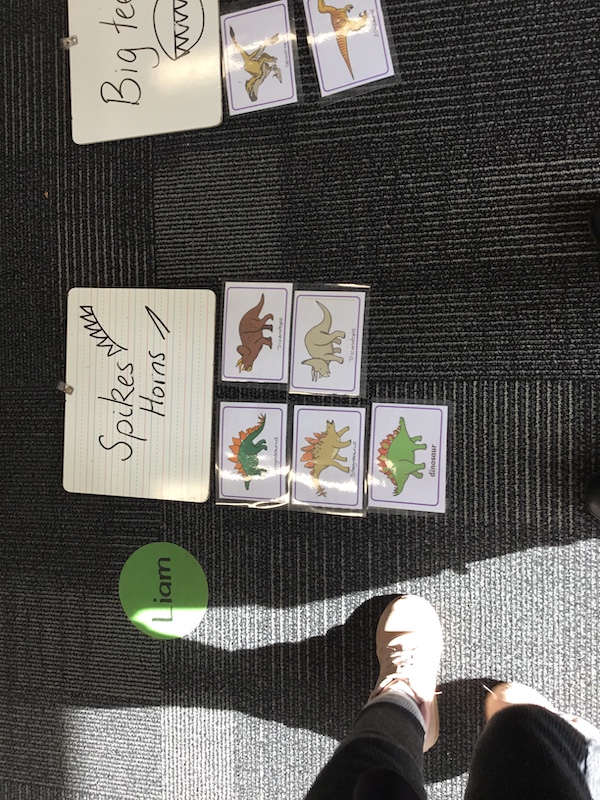 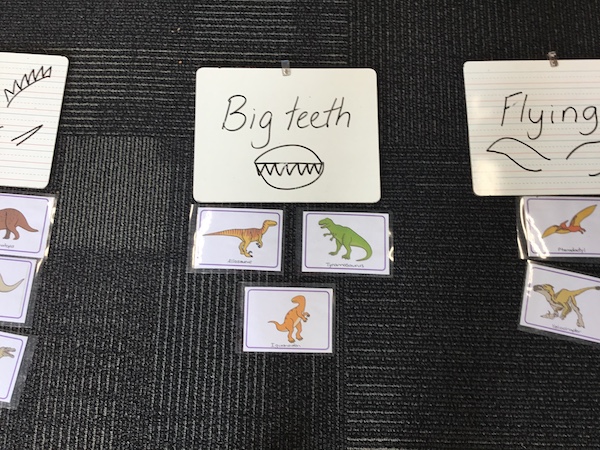 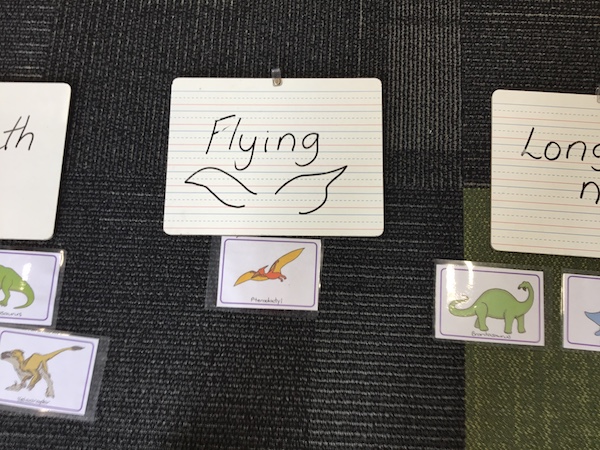