Once upon a time

Room 12 we have been learning about writing narratives as part of our Ohaaki inquiry.

Narrative writing is a way to entertain or amuse. The writer uses basic conventions such as characters, setting, problem and solution to tell a story. General language feature such as: time words used to connect events ; usually specific characters; a problem is posed and resolution found.

WALT follow a narrative writing model - as a class we came up with the following criteria for a successful narrative.

My narrative writing must have:

We started our learning about narrative writing by listening to some well-known fairy tales. We had to identify the characters, setting, problem and how the problem was solved in each story we shared together. 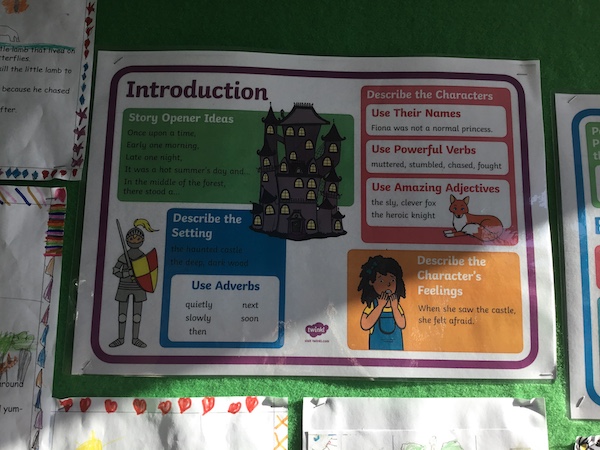 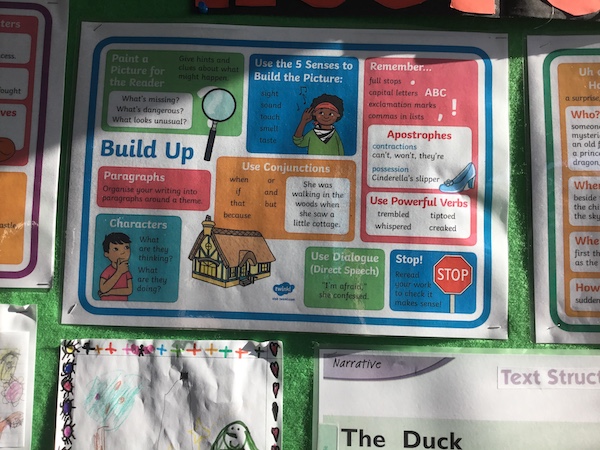 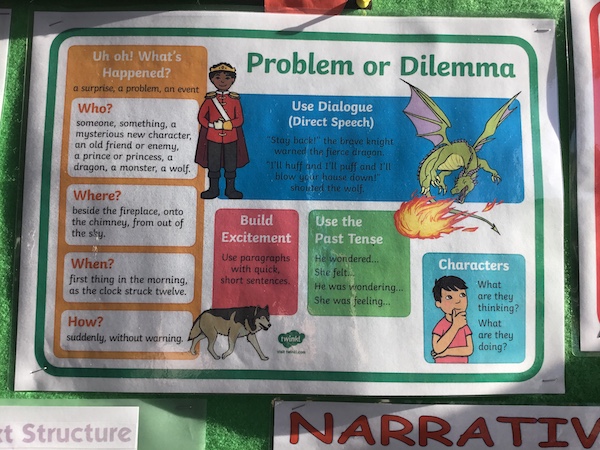 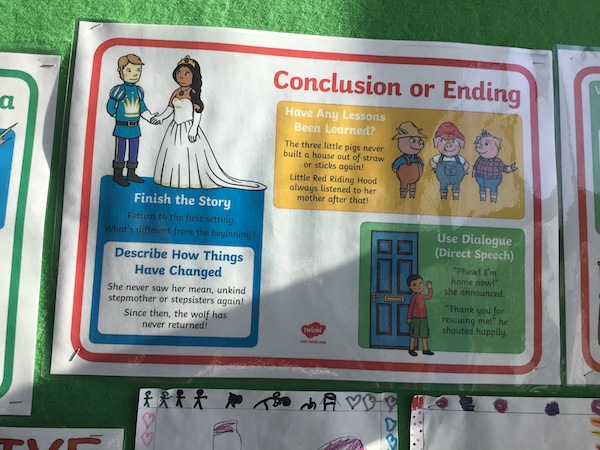 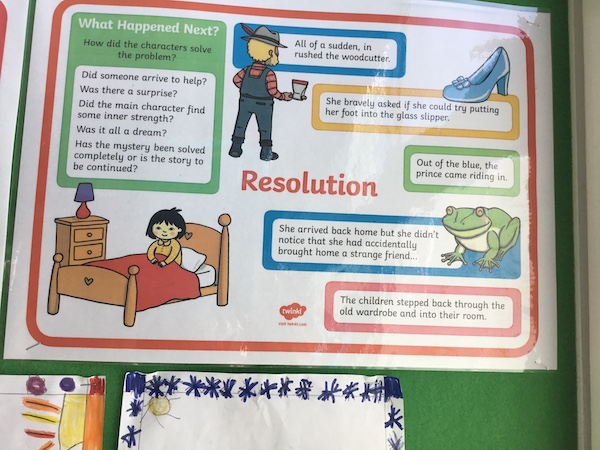 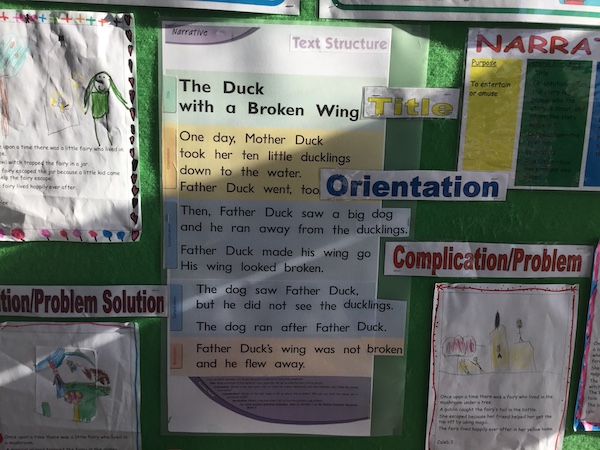 We published our narrative writing for others to enjoy.  Here are some of the children in Room 12 narrative texts.

Once upon a time there was a tiny fairy who lived in a green forest. A nasty witch trapped her in a glass bottle. She was tapping on it so she could attract other fairies. But done came so she had to stay in there for an hour. The fairy escaped because a young boy, named Max, picked up the bottle and smashed it. The fairy lived happily ever after in the green forest. (Isla)

Once upon a time there was a fairy who lived in a mushroom which was in the forest. They lived happily until a grumpy troll came and put all the fairies in a jar. The fairies escaped the bottle because a lightning bolt hit the bottle. The bottle fell and smashed the fairy’s house. The fairies had to do what the troll said otherwise the fairies would get smashed. The troll lived happily ever after under the bridge. (Stanley)

Once upon a time there was a fairy that lived under a mushroom. A naughty goblin trapped the fairy in the glassy bottle. The fairy escaped from the bottle because a gnormous deer came to save her. The deer used its antlers to free the fairy. The fairy lived happily ever after in the magical forest. (Brooke)

Once upon a time there was a little fairy who lived in the kout. The hairy troll saw a fairy so he got a bottle. He missed the fairy. Then he trapped the fairy in abottle. The fairy escaped the bottle because the friendly witch helped her get out. The fairy lived happily ever after. (Hunter) 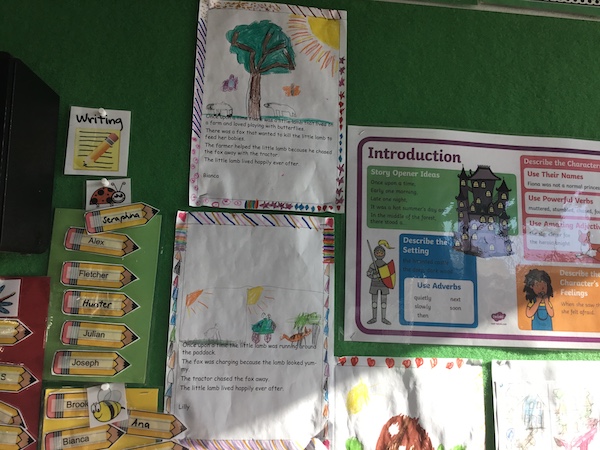 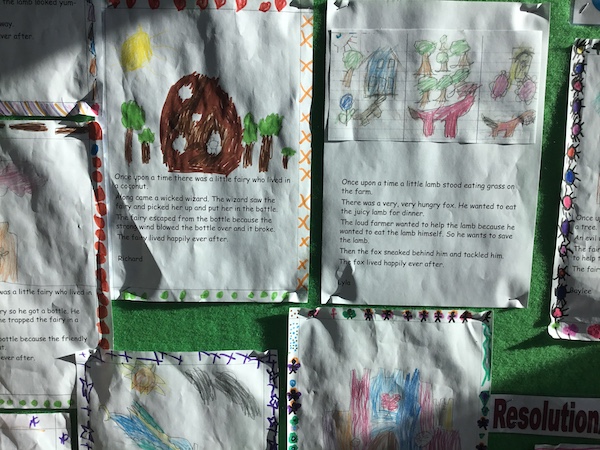 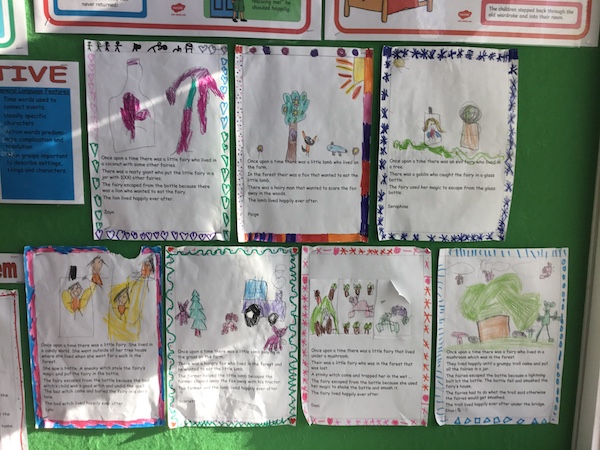 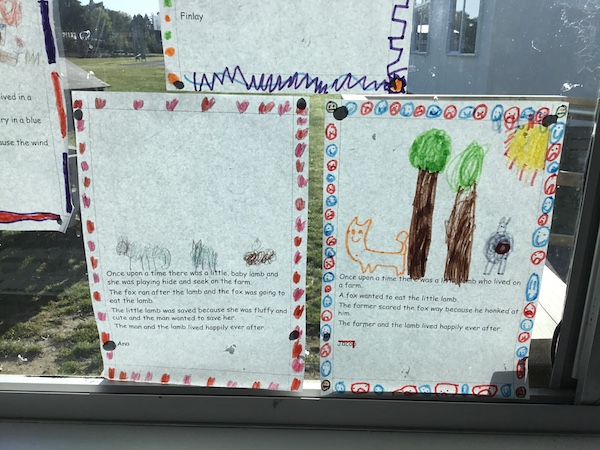 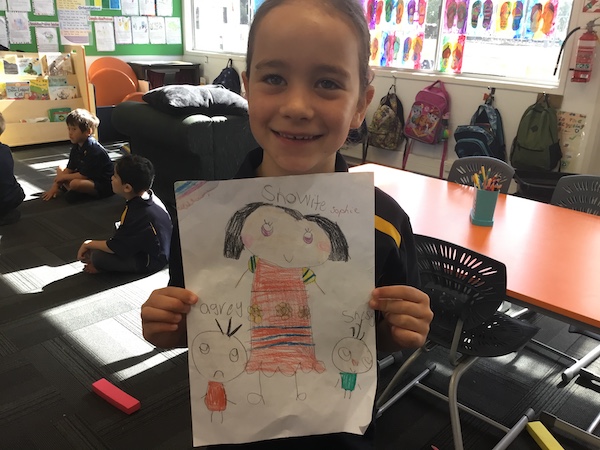 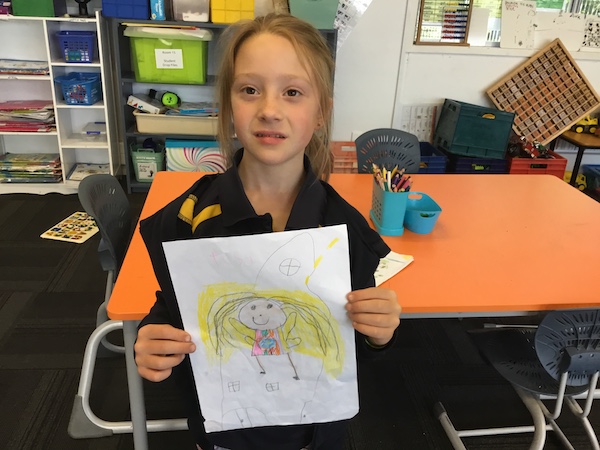 Baylee’s character is a beautiful fairy called Tessa. Tessa loves to help people have toys so they can have something to play with. She gives toys out everyday. Tessa is beautiful and kind. 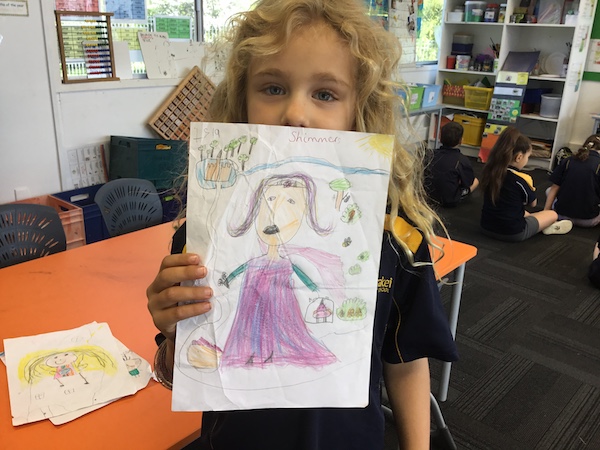 Isla’s character was a princess called Shimmers. She is lovely to animals and she cares for them. She is dazzling like a butterfly. 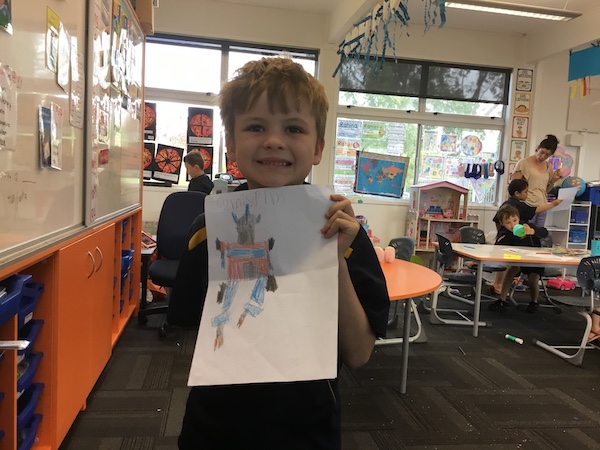 Fletcher’s character Optimus Prime lived on the planet Slimy. He is a helpful robot. 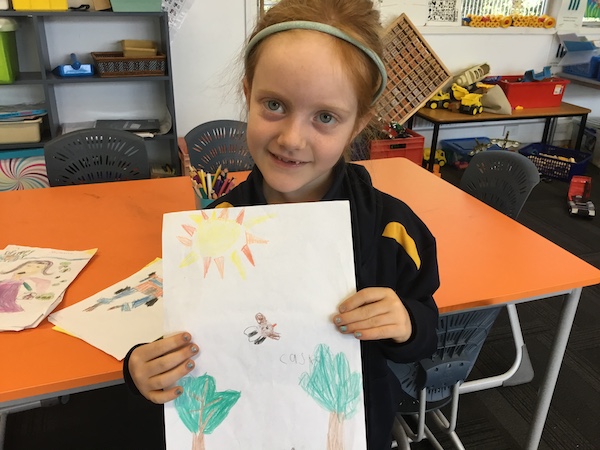 Lilly’s character Cascar was a mischievous cat. She was happy and loved to make everybody laugh.