"Wow that's a whole lot of bones!" Exclaimed Carys as she examined the half sized skeleton standing upright on the Science and Nature table for the first time. This was one the many exciting science resources that Room 10 had the chance to experiment with from the House of Science.

The first science kit we had the chance to experiment with was the Dem Bones Skeleton Kit.

We examined and discussed the skeleton and came up with a range of marvellous wonder questions.

As a class we researched these questions and discovered that the smallest bone is located in the ear and that our bones are mainly made out of a protein called Collagen. Each week we build on our vocabulary knowledge by having a science word of the week. Our science word of the week was 'examine'. During 'can do' time we had the chance in groups to construct our own x-ray skeleton by examining where each bone belonged in the human body. 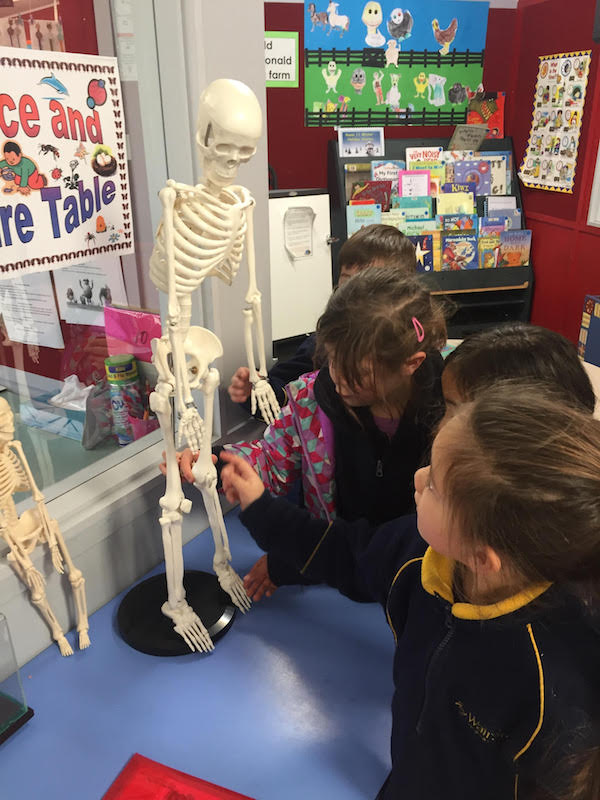 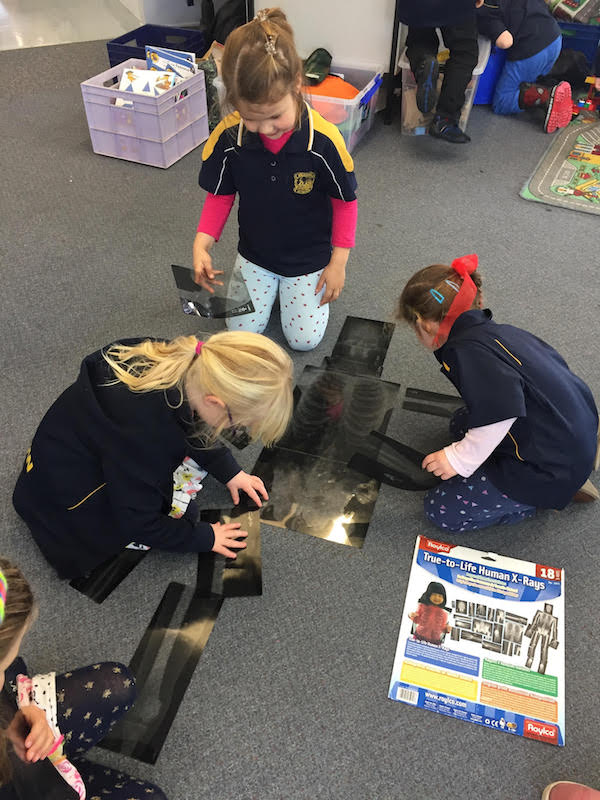 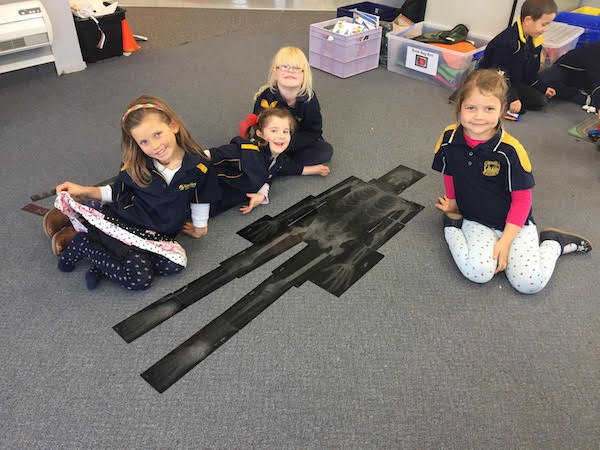 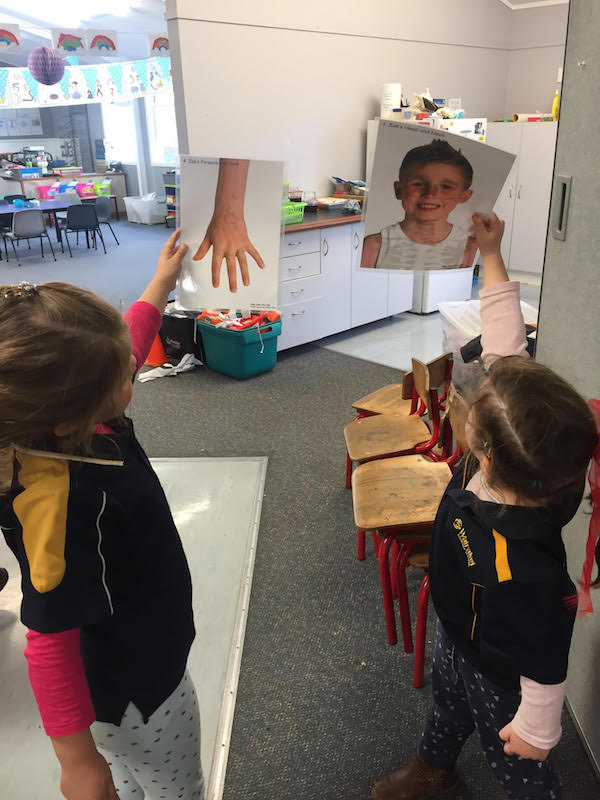 We then had the 'What the Buzz?'

Firstly we watched a video which gave us some interesting facts about both bumblebees and honeybees, such as that bumblebees only create a small amount of honey while honeybees create a lot. Our science word of the week was 'compare'.

We not only compared the bee’s physical attributes but also where different kinds of bees live and store pollen. We were interested to discover that bumblebees are different to honey bees as they build their nests either underground or on top of the ground depending on the season, while honey bees build their nests up in trees. We found some similarities between bumble bees and honey bees such as they both store the pollen they collect on their back legs. 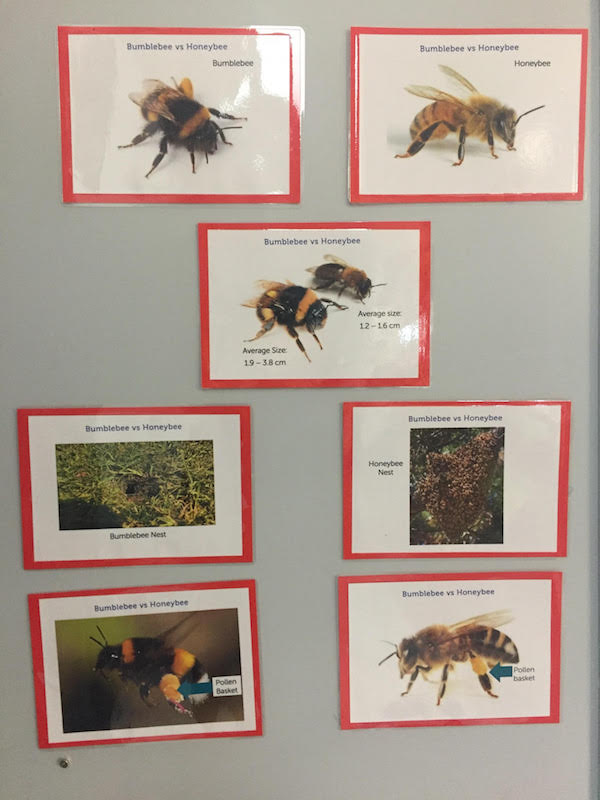 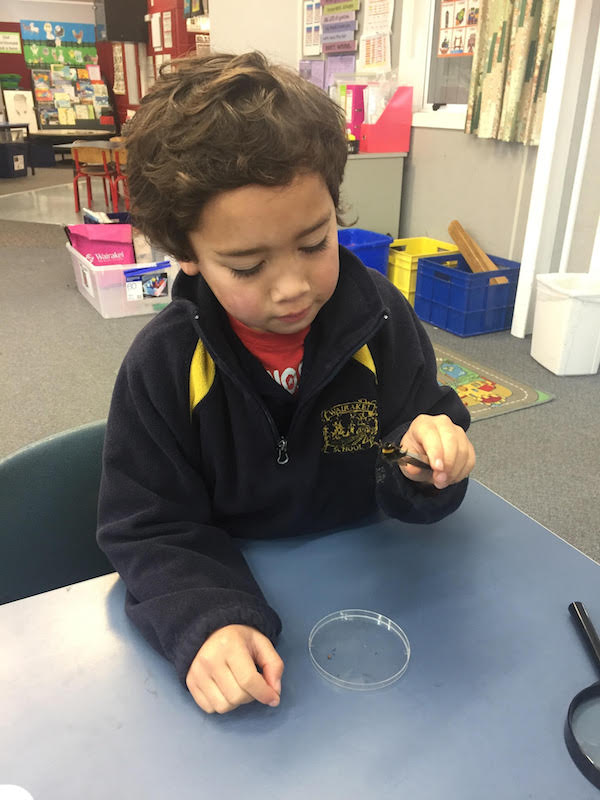 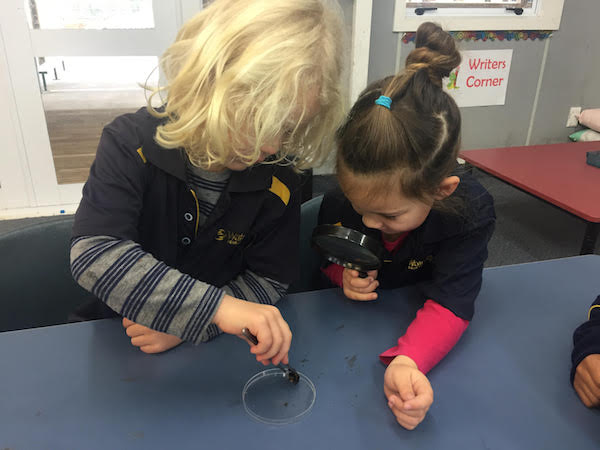 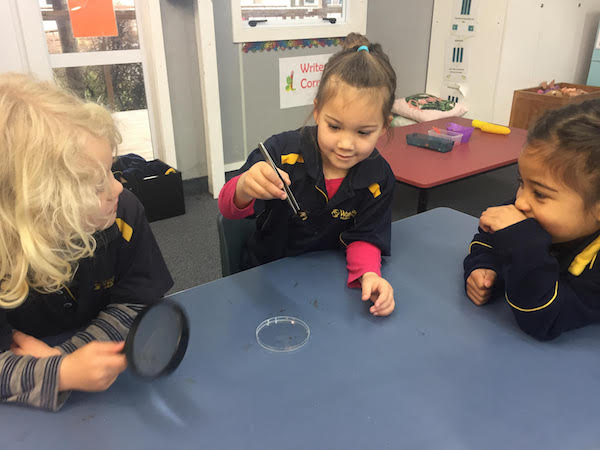 The third science kit we had was the 'Rock My World' kit which included materials that helped us learn about the natural features of the earth.

We learnt about the different layers of the earth and that the crust is broken into jigsaw pieces called tectonic plates. During 'can do' time we constructed the tectonic plate puzzle by studying the complete world map and examining the shape of each tectonic plate. We then watched a video that explained how when tectonic plates move and rub together they cause an earthquake.

The kit also had a variety of different rocks including amethyst and quartz, as well as fossils. Students used the magnifying glasses to look at the physical features of these rocks and compare them. We discussed what made the rocks different and the same. Our science word of the week was 'classify'. 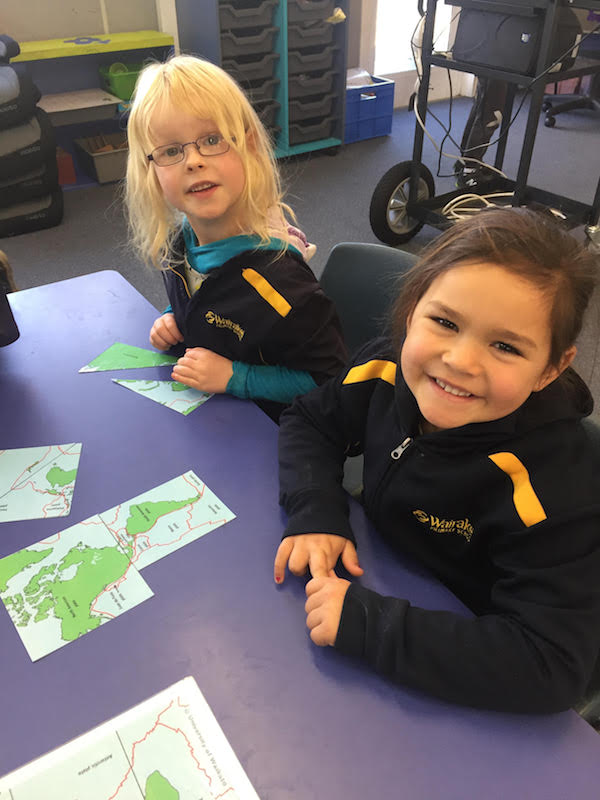 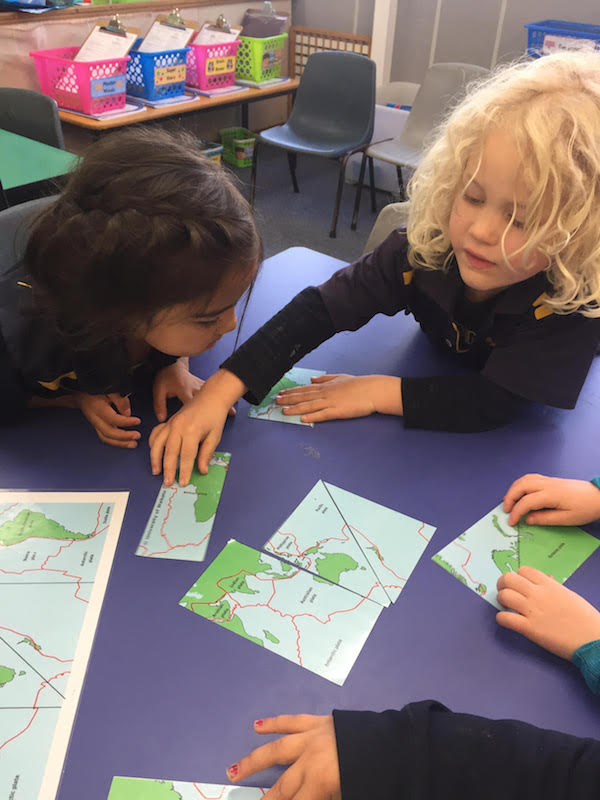 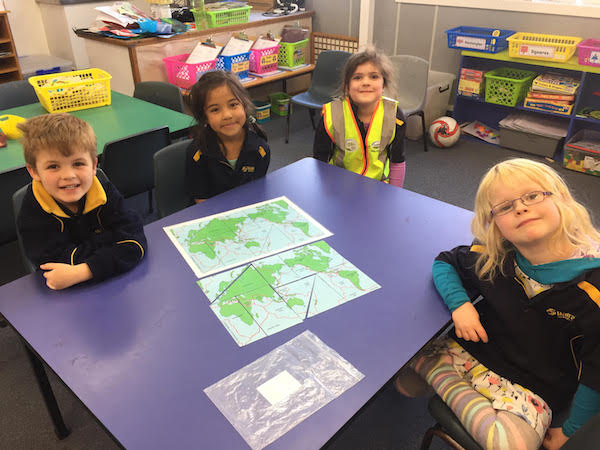 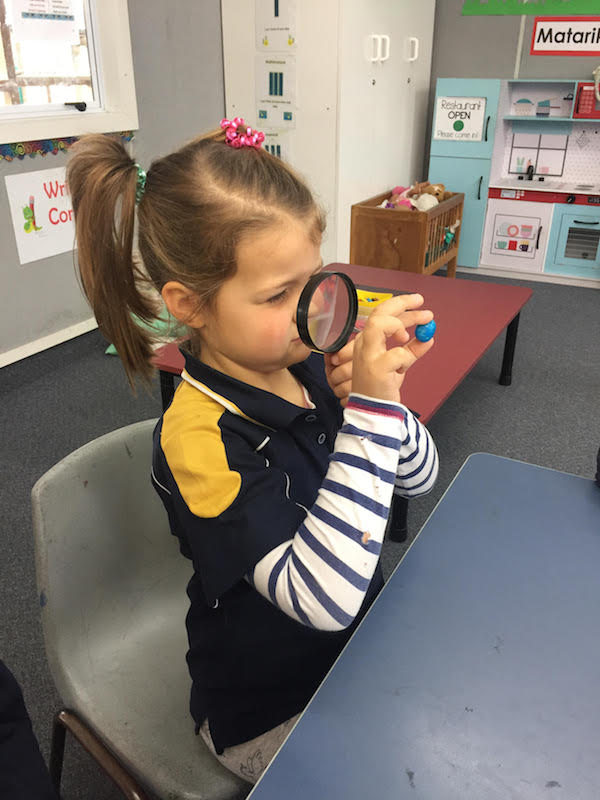 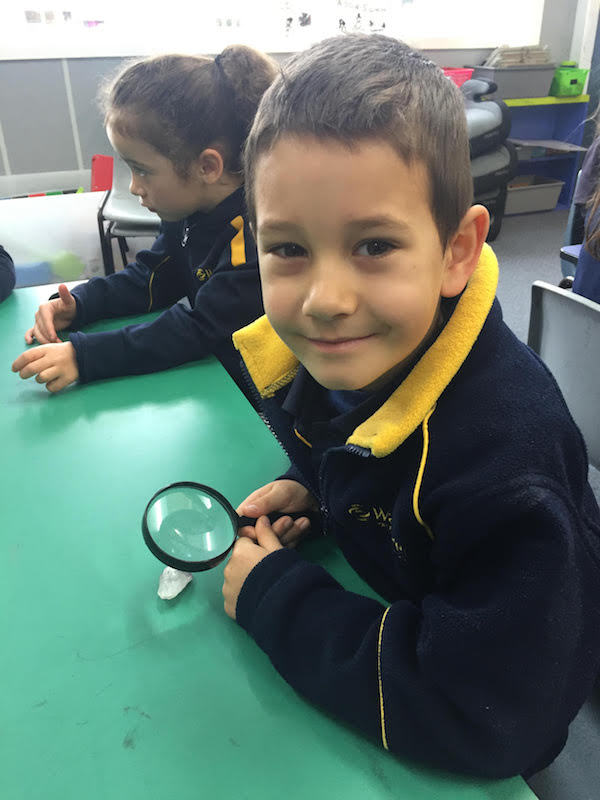 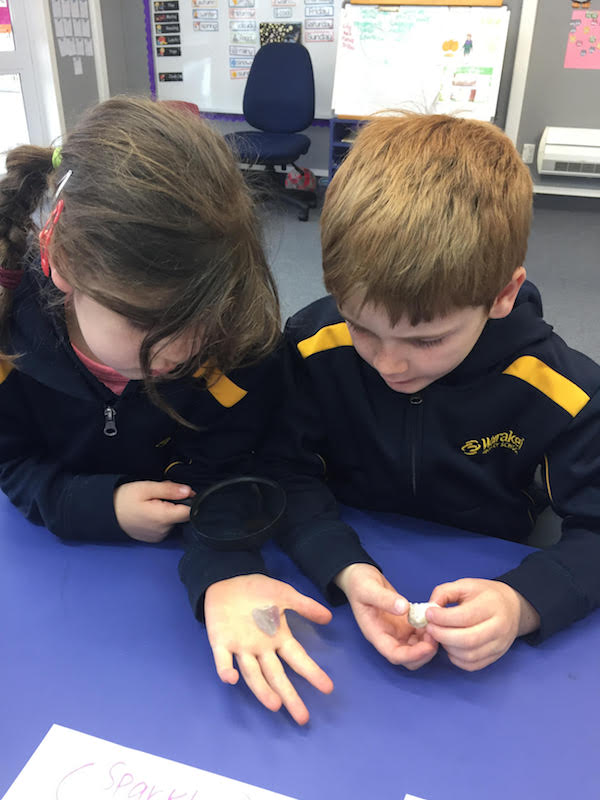 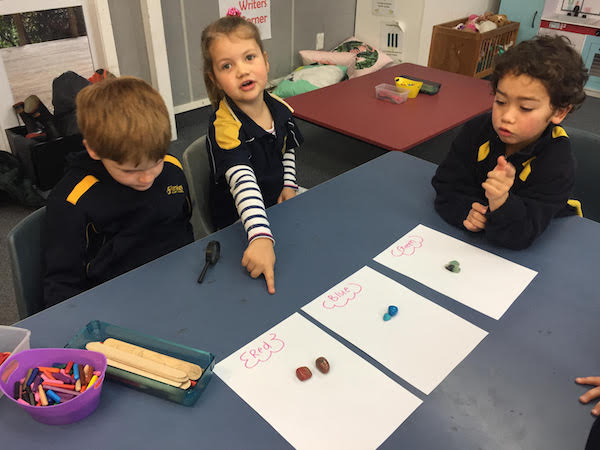 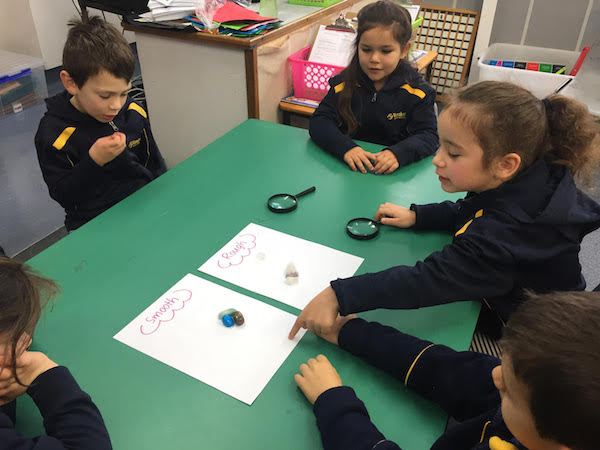 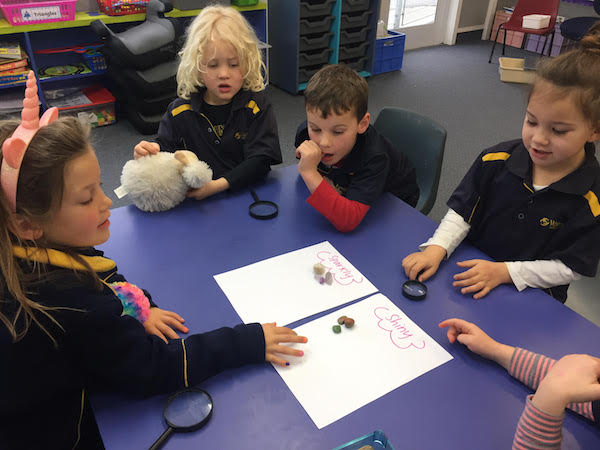 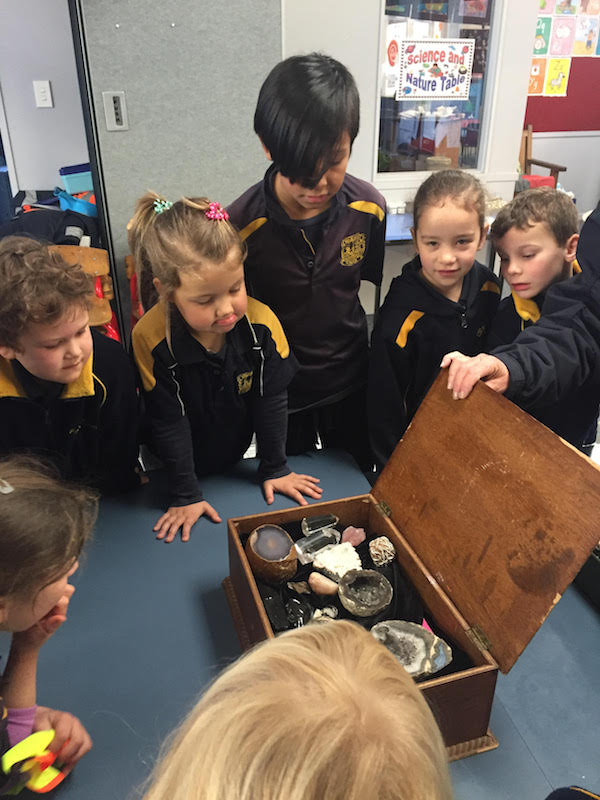 Then Hunter our crystal expert from Room 2 visited and showed us his very own collection of beautiful crystals.

He explained to us that crystals such as obsidian are formed when “lava from volcanos cools down and hardens” over a long time. All of us in Room 10 found this very fascinating and had an exciting time observing and having turns holding the different crystals. 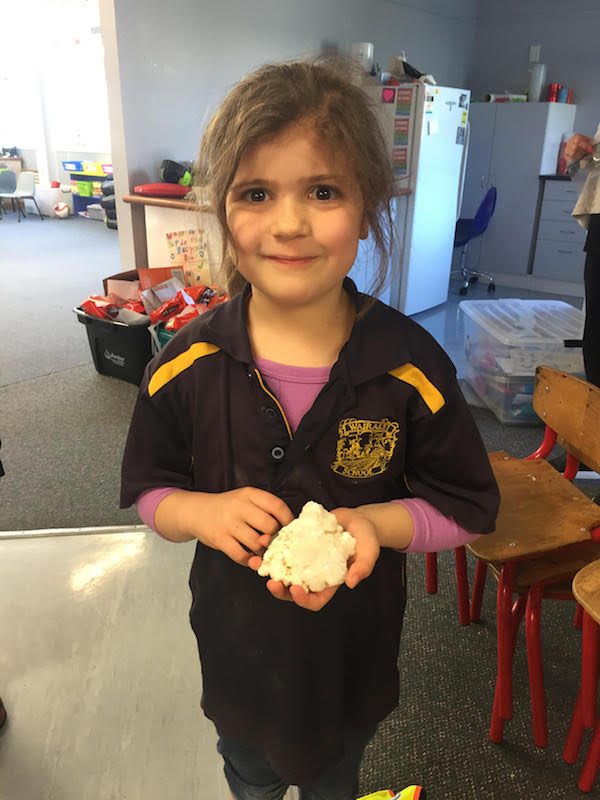 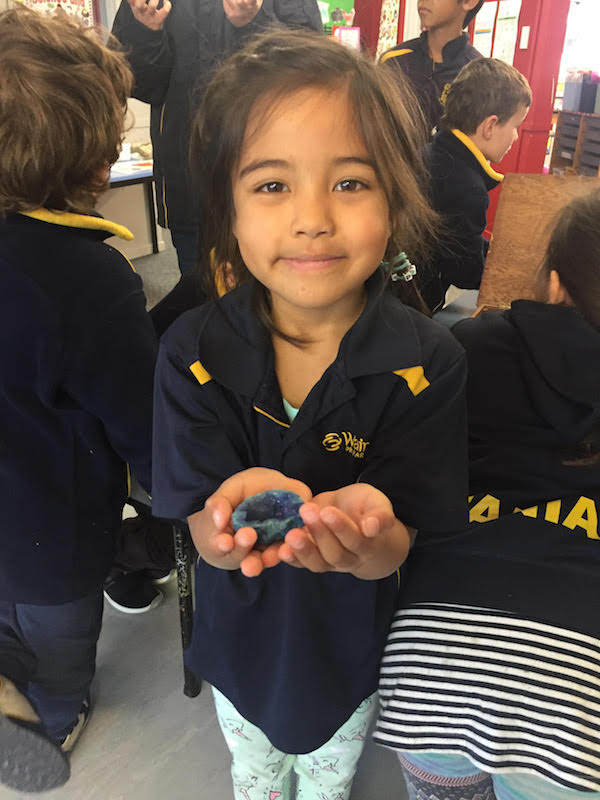 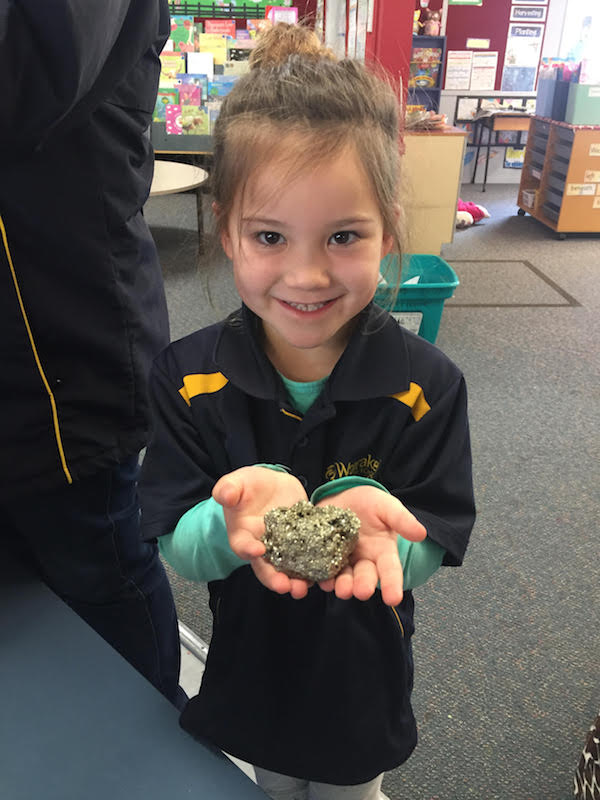 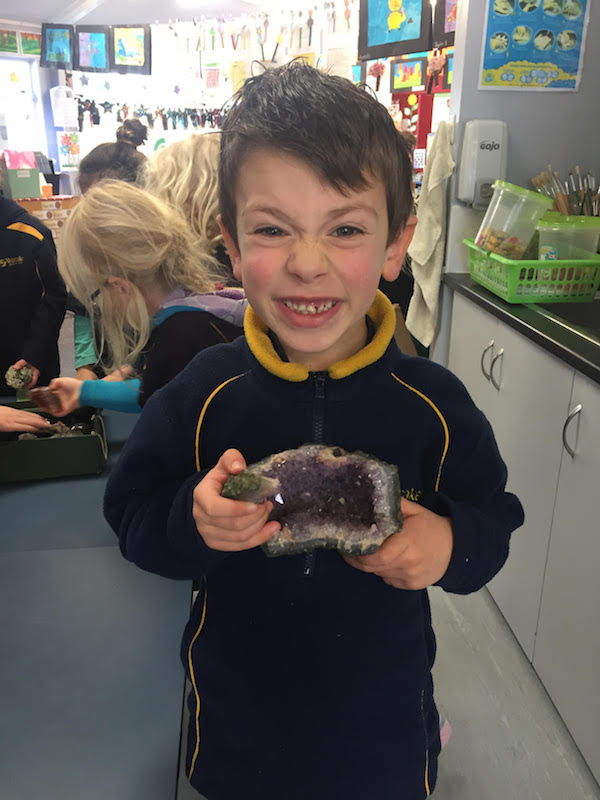 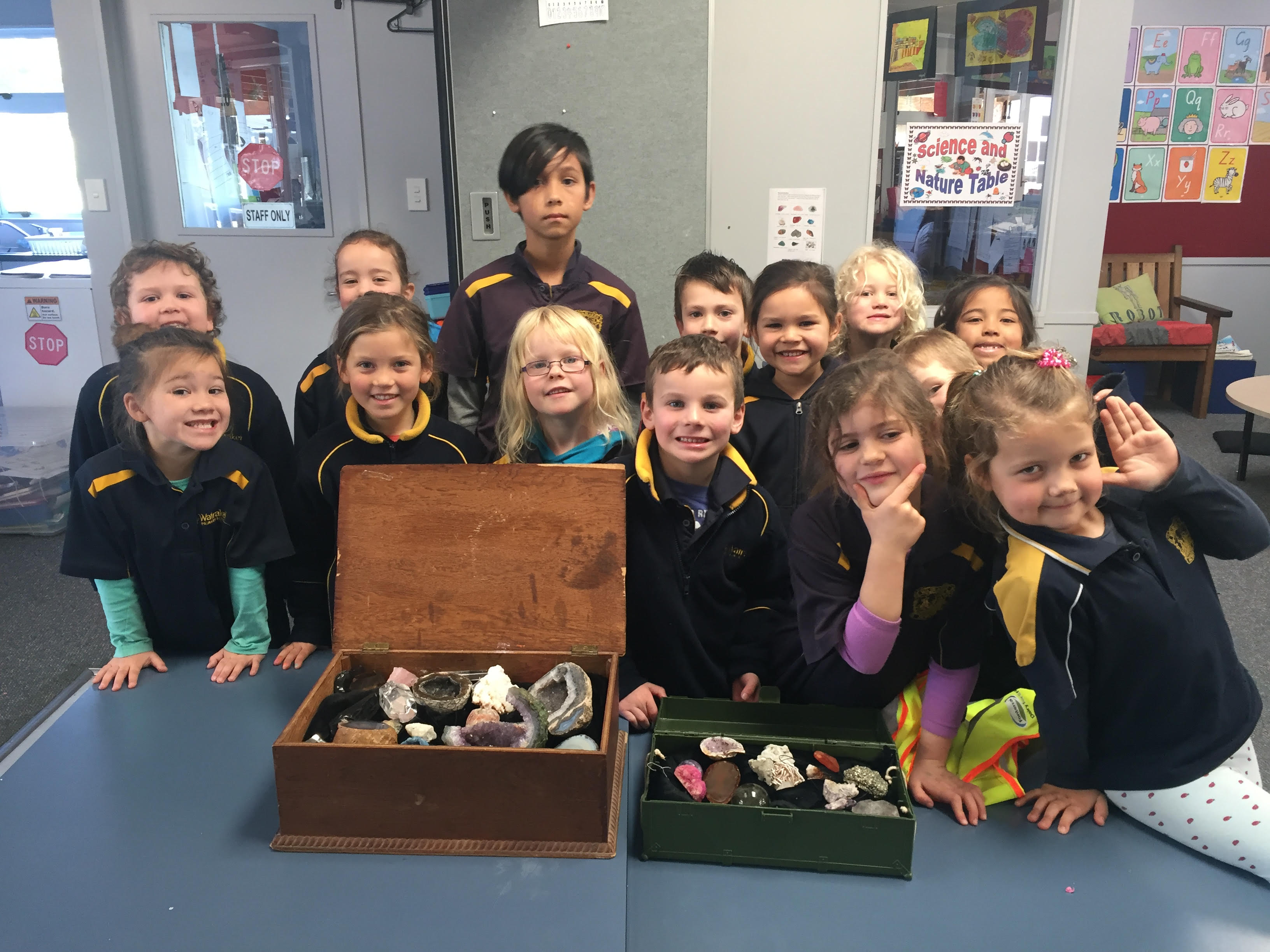