What colour M&M will come out of the packet next?

That was the delicious question asked to start statistics in Room 12. They created a tally chart and as they pulled the M&Ms out of the packet they recorded the result. They then graphed their results on a column chart.

It was delicious sorting and eating the M&M’s for math. We made a tally chart and found the most common colour was yellow and the least common was red and green. 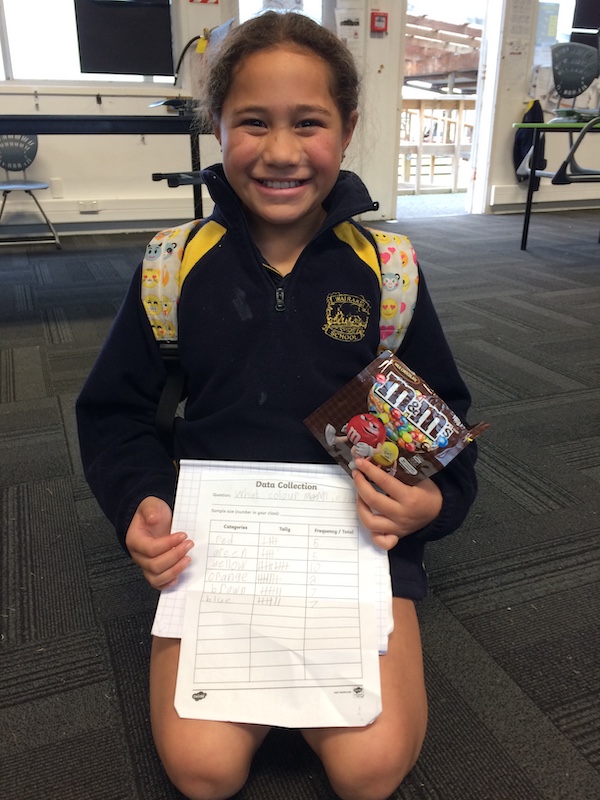 This was followed by an in depth discussion about the Statistical Enquiry Cycle. Students were especially interested in tasty new questions we could investigate.

I learnt that you have to pose a question, plan the investigation, collect the data and then put it into a graph.  Emily 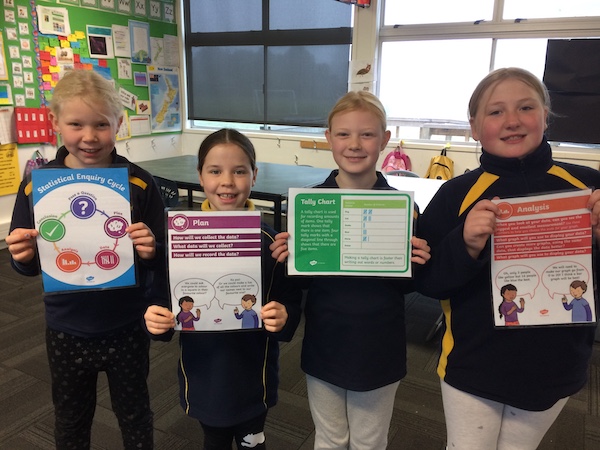 Tally charts are a quick and easy way to record data. Joseph has worked hard to match the tally charts with the actual numbers, all the way to 30! 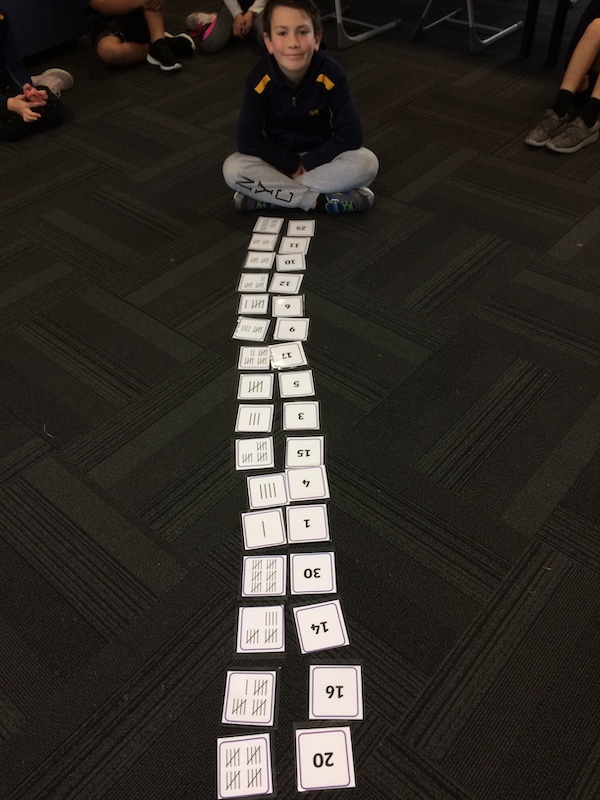 The students learnt how to plot data on a line graph. It was fun doing it online using https://nz.mathgames.com/graphing - an online graphing tool,  and having to work out the midway points. They learnt that we use line graphs for changes over time. 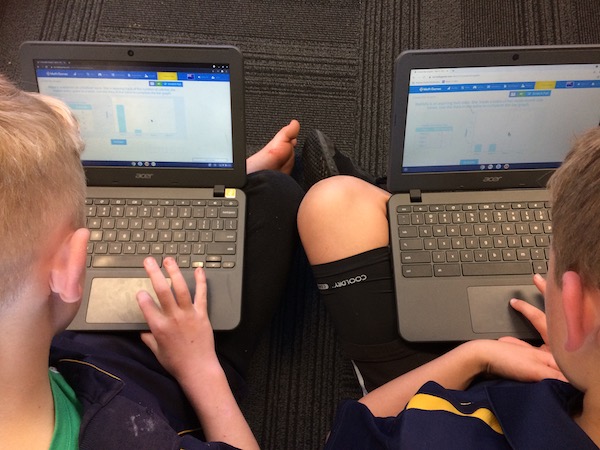 Graphing on the chrome books was so much fun. We kept doing it for ages! Seth and Tom

Some students have had to work hard to improve their drawing and accurate recording of results on column graphs.  Others have gained knowledge of how to put data labels on the x and y axis.  The students investigated how many words were on each line of their story.

The most learning has been taking place as students analyse the data and make statements about what the data shows.

Students tried interpreting a pie graph. It was tricky to begin with but then they quickly got the hang of it.

Answering questions about a pie chart when the total numbers changed from 100 to, for example, 120 or 400 really makes you think. Even more, if it ends up with an odd number and you have to use decimals or fractions for example such as autumn and winter which only had 12.5 or 12 ½. Adam

It has been exciting for students to pose their own questions and conduct their own investigations. Lilly asked what everyone’s favourite kid’s show was and got some interesting data. Then she wrote questions for her friends to interpret from her data. 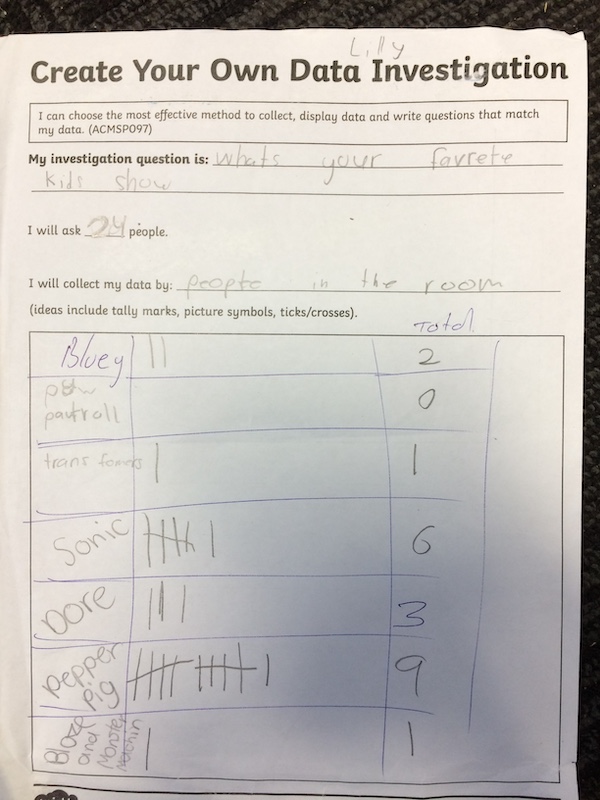 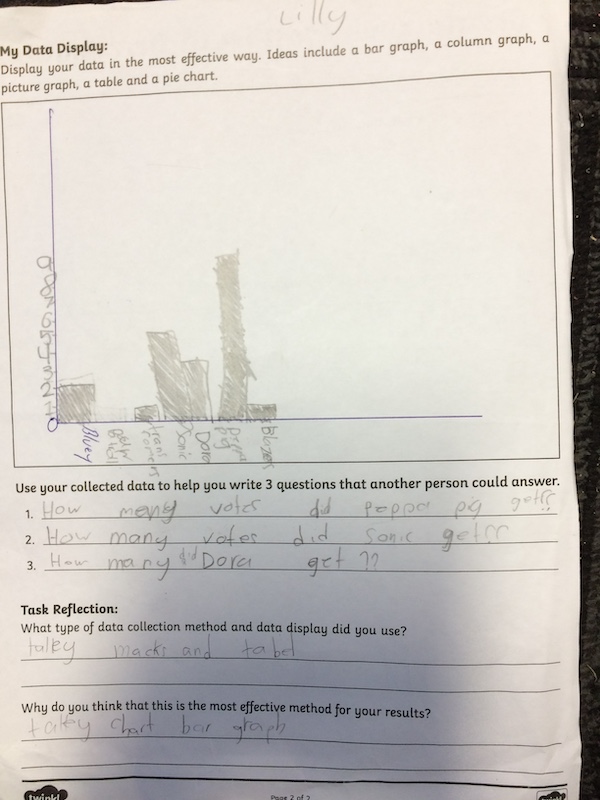 Plotting on a dot plot meant we had to line up the dots and make them the same size or it wouldn’t make sense when others tried to read the data and interpret the graph. 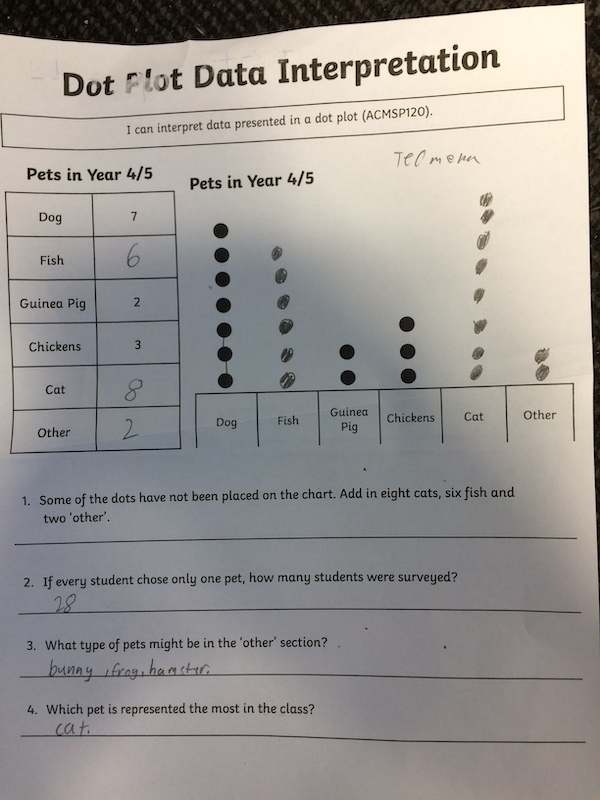 Pictographs were really fun. This one had spiders on it. The student checked the ‘key’ each time to check whether they were going to skip counting in 2s, 5s, or 10s. Another pictograph they worked on had pies - more tasty treats. 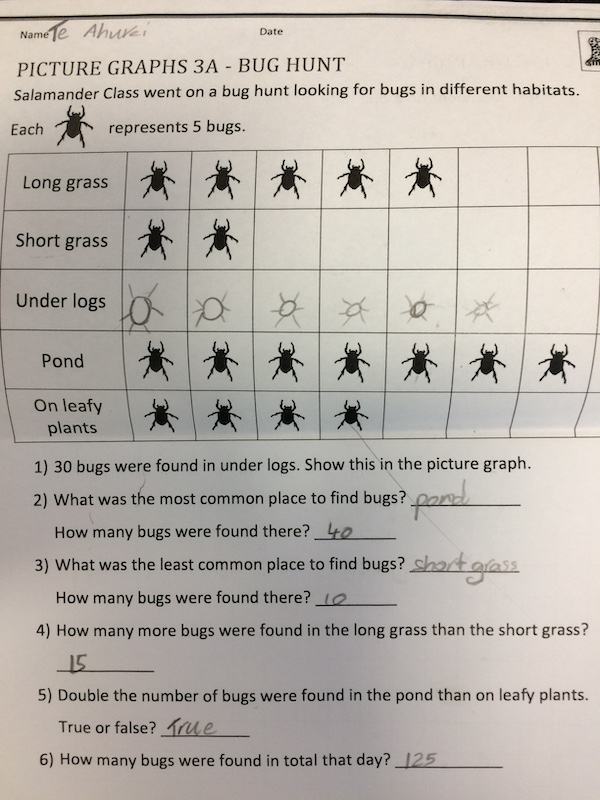 Some children also worked on Stem and Leaf graphs which were a lot of fun to learn about and it took a little bit of working out to begin with, especially the key at the bottom. 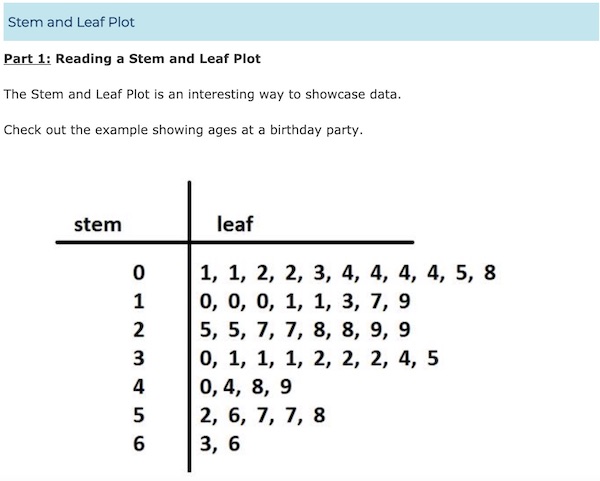 The next step in our learning about statistics and probability is to complete some fun chance investigations for probability.

In fact, what is the chance that there will be more tasty treats?