Room 4 is blasting off into space in our rocketship. We are wanting to find out all about space and our solar system.

We wonder what our solar system is made up of?

Laila has completed some research and has worked out that our solar system is made up of planets.

She decided to make a solar system model because our class topic is to learn about the solar system.

I wanted to do something different and fun said Laila.

Here is how Laila made her solar system model:

First I started with painting polystyrene balls red, blue, green, and yellow - the colours of the different planets. I also experimented with mixing colours. 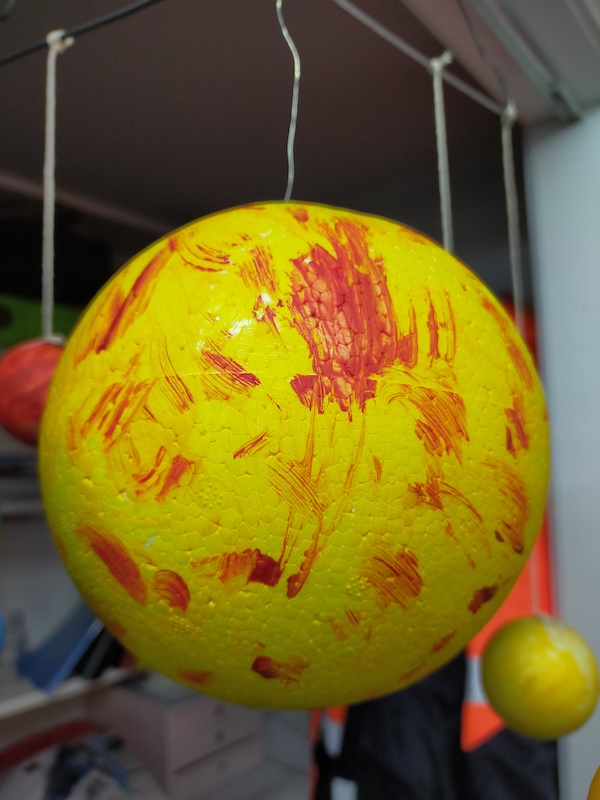 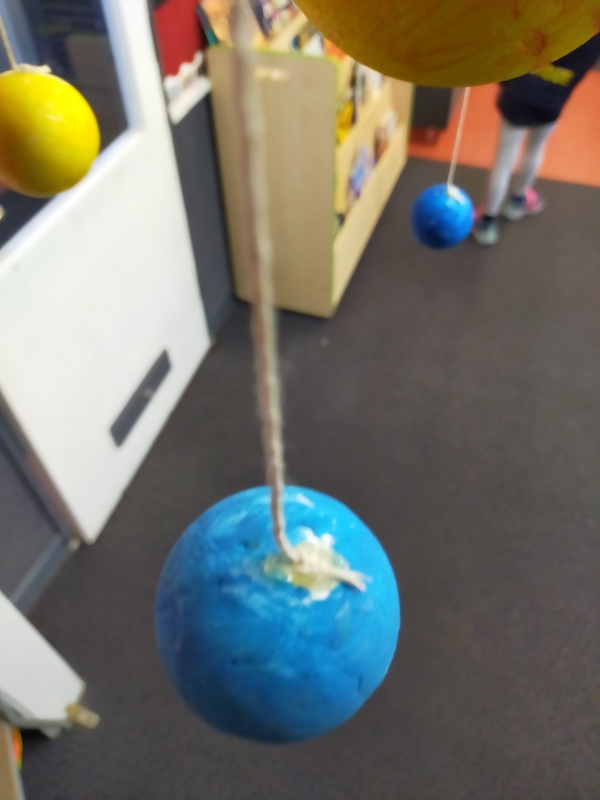 I used a pipe cleaner to replicate Saturn and make the outer ring. 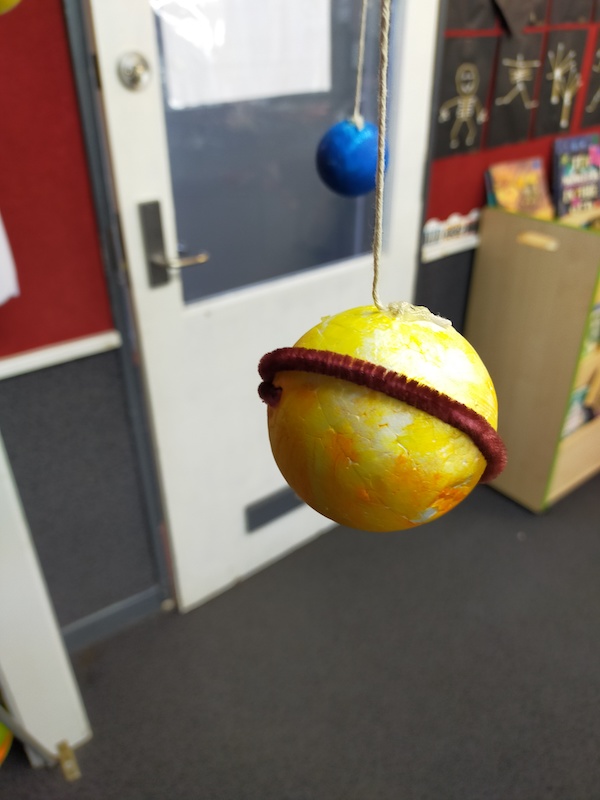 I was then able to attach them to a hanger. I decided to use two coathangers and tie the string on to the coathanger as it gave my solar system a better effect.

Laila said I liked designing the background and making the planets look real. Making the coathanger model was such a fun experiment.

Here is my final product 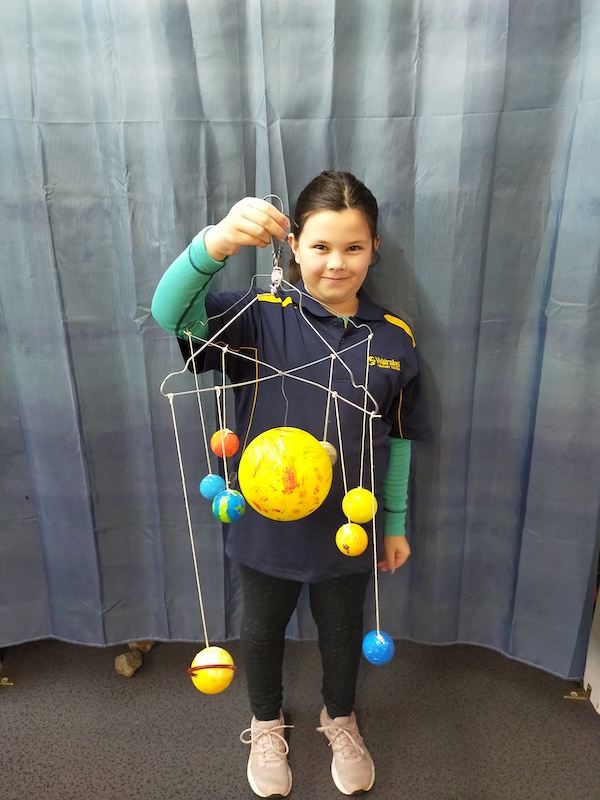