One cold morning Mrs Griffin brought into class and shared a pot of homemade soup. The students in Room 15 liked Mrs Griffin’s soup so much they wanted to make their own.

Mrs Griffin brought in the ingredients for the soup. There were carrots, parsnips, turnips, celery, leeks, onion and broccoli. Mrs Griffin also had a bacon hock and a packet of vegetable soup mix.

After naming each vegetable the students discussed where they come from. Further discussion followed with students naming the vegetables they had eaten.  Then they tried describing their taste or texture. Words like crunchy and crispy were used for most of the vegetables. 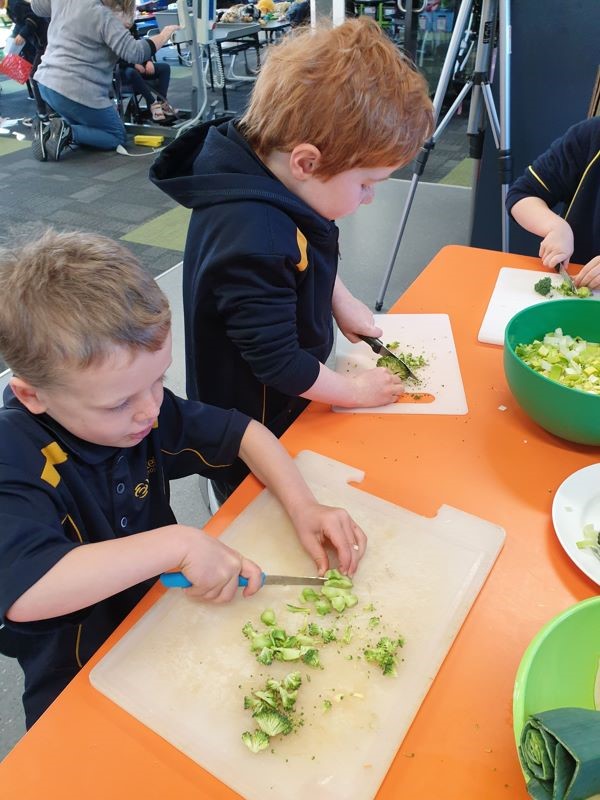 The bacon hock created a lively discussion about what it was and where it came from. Luckily our farming students knew exactly what bacon was and eagerly explained this to their peers.

Mrs Griffin explained what the soup mix packet was and what it contained. New words like ‘dehydrated’ and ‘lentils’ created lots of interest and talk between the students. Close examination of the contents allowed the students to see the dried peas, barley, carrots and lentils as well as the seasoning powder.

Once all the students had washed and dried their hands carefully, they began cleaning and preparing the vegetables. With chopping boards and small knives ready the students took turns to chop all vegetables into small pieces. Some support was needed to learn how to do this safely and correctly. A few brave students took on the task of cutting up the onion. Even though they assured Mrs Griffin that cutting up the onion would not affect them, there were eventually a few tears.

Thomas said, I’ll be OK. I do this all the time at home.

Mrs Griffin added all the ingredients and soup mix to the crockpot and turned it on. Cooking the soup took many hours. The students could smell the delicious aroma all day. It made them very hungry.

Zephyr kept asking, Is it ready yet? I’m hungry.

Cleaning up is an important part to cooking. The students understood this and were very happy to help with the dishes and wipe the table. 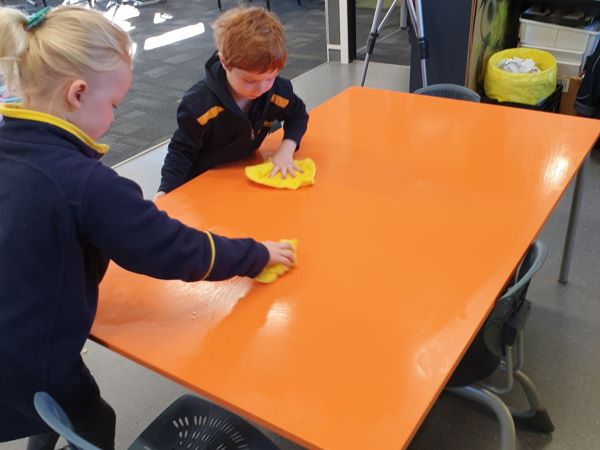 The students ate the soup the next day.

Phoebe said, I think our soup is even better than Mrs Griffin’s soup.

Recognise that all living things have certain requirements so they can stay alive.

Respond appropriately as a group member, to make connections to others and to create opportunities for including people in group activities. 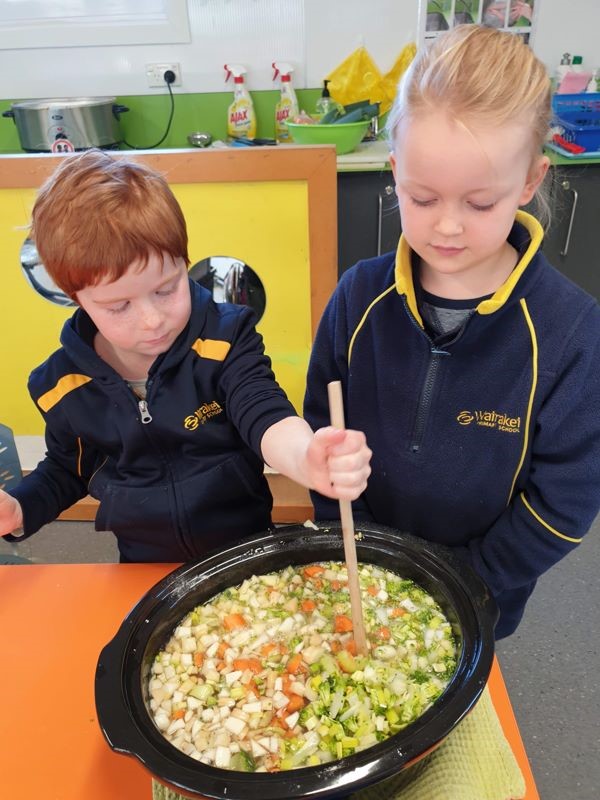