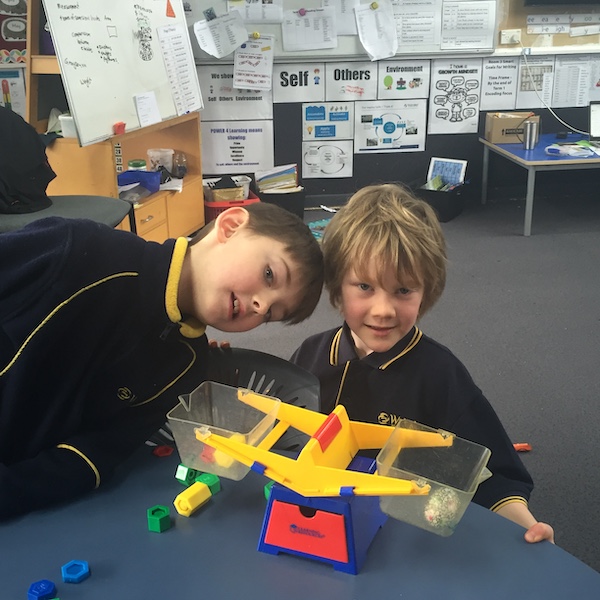 Room 3 is investigating measurement as part of their mathematics learning. A measurement hunt was a fun activity to get students thinking about what can be used to measure different objects. 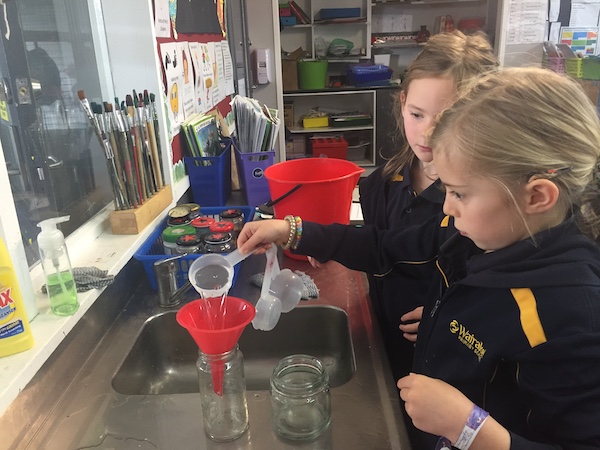 In Year 3, the curriculum focus for measurement is to use non-standard units to quantify the attribute that is being measured. There are rules that must be followed, such as not leaving gaps between or overlapping units. This ensures the non-standard measurements are accurate and useful. 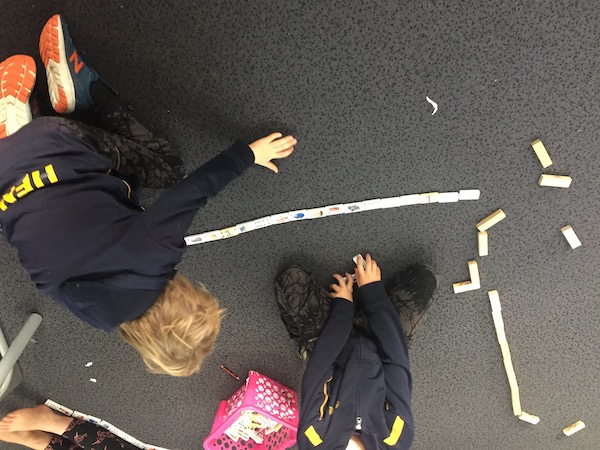 Students must also be aware that if they are making a comparison between objects, the same unit of measurement must be used. 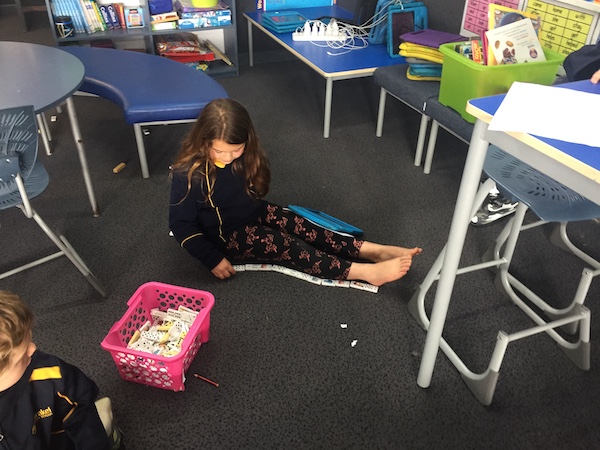 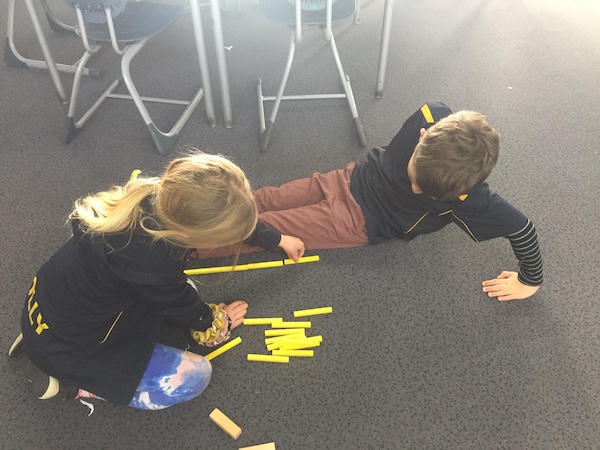 The use of non-standard measurements is also an effective, real-world way for students to use fractions. An item which is measured could be 5½ units long or 4¾.

Non-standard units can be used to measure weight, capacity, and area, as well as length. 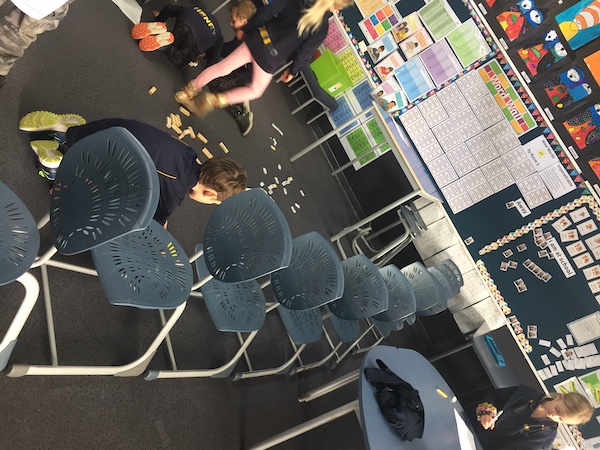 I decided to use the classroom chairs to measure the length of the classroom.  I chose the chairs because they were big, and we had a lot of them.  Mason 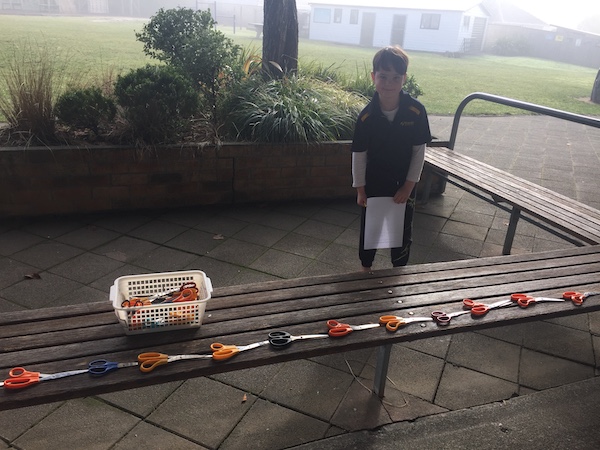 First, I used glue sticks to measure the length of the outside seat, but I didn’t have enough. Then I decided to use scissors because they were longer. Jacob 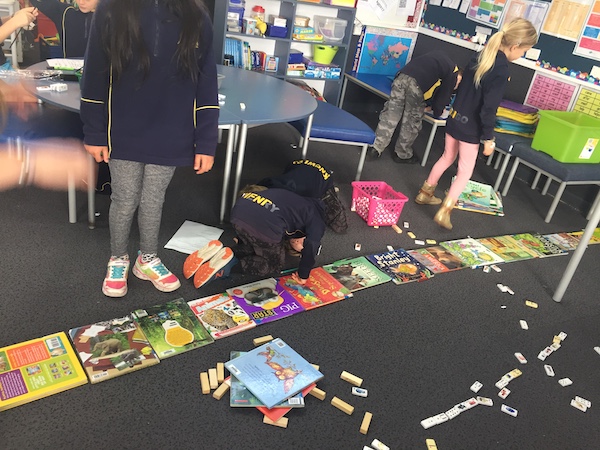 My group decided to use books to measure the length of the classroom. The problem was that each book was not the same size.  Finn 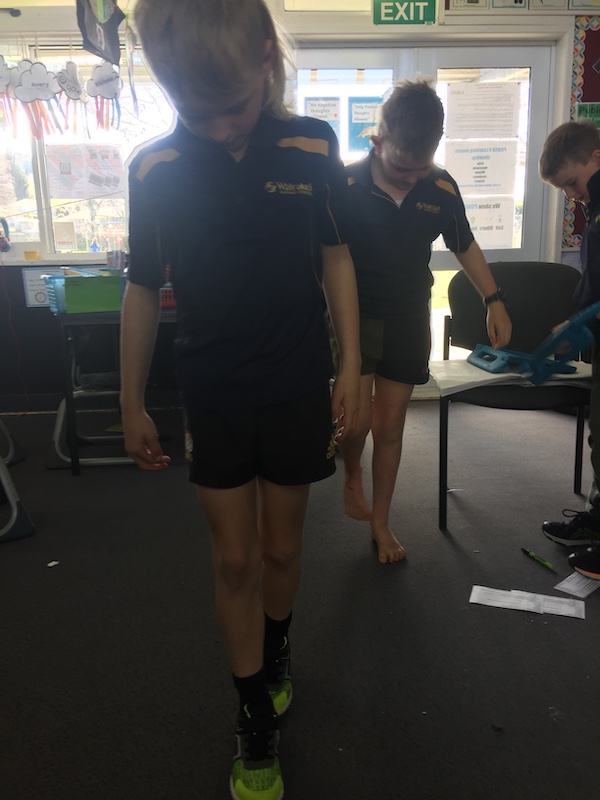 Riley and I used mini-steps, like heel-to-toe steps to measure the length of the classroom. We did this because it was the quickest way. Jake 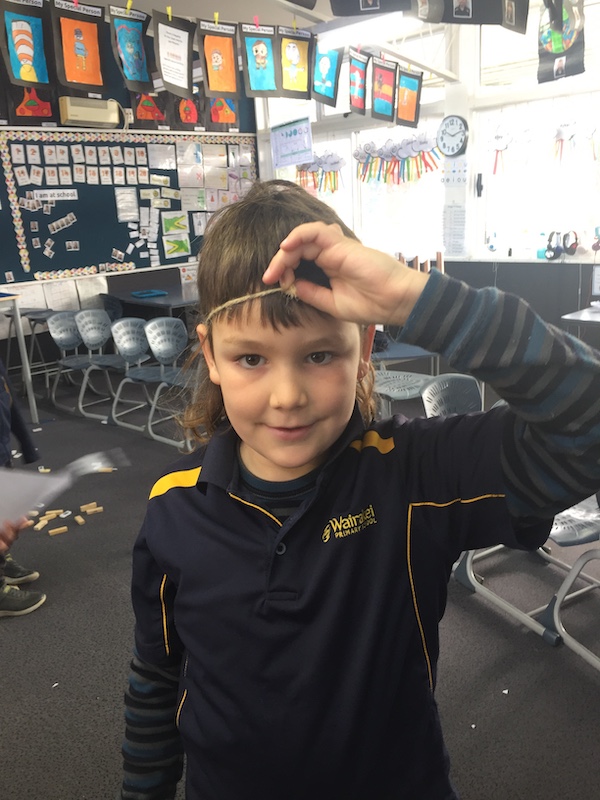 Mrs Sprague tried to trick us by making us measure around our heads - the circumference. Blocks did not work for this because they kept falling. I used string instead.  Then I could use non-standard units to measure the string. Rikihana 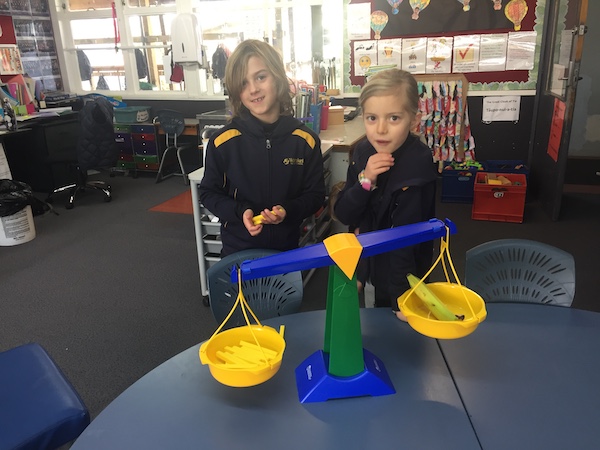 I had to use non-standard units to compare the weight of an apple and a banana.  I used the tens blocks.  I found the scale was not very accurate, and the banana was half a unit heavier than the apple. Jack 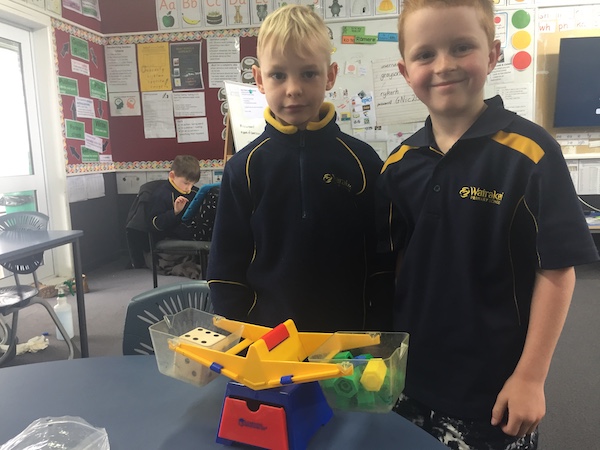 Mason and I found a heavy wooden dice. We used the weight units to balance it on the scale. We added the weight together and found the dice weighed 150 grams. Reid

Students used readers of the same size to compare the surface area of two of our classroom tables. 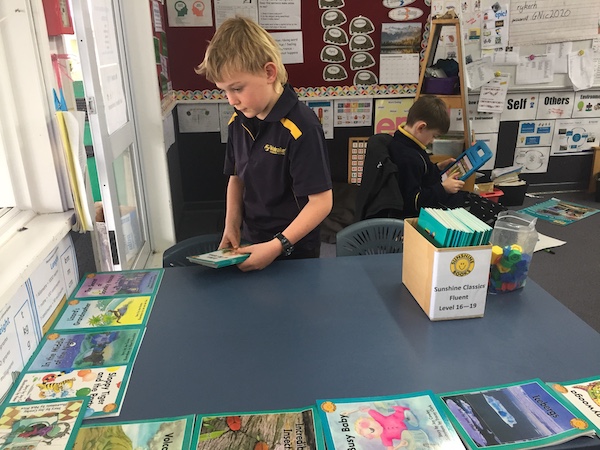 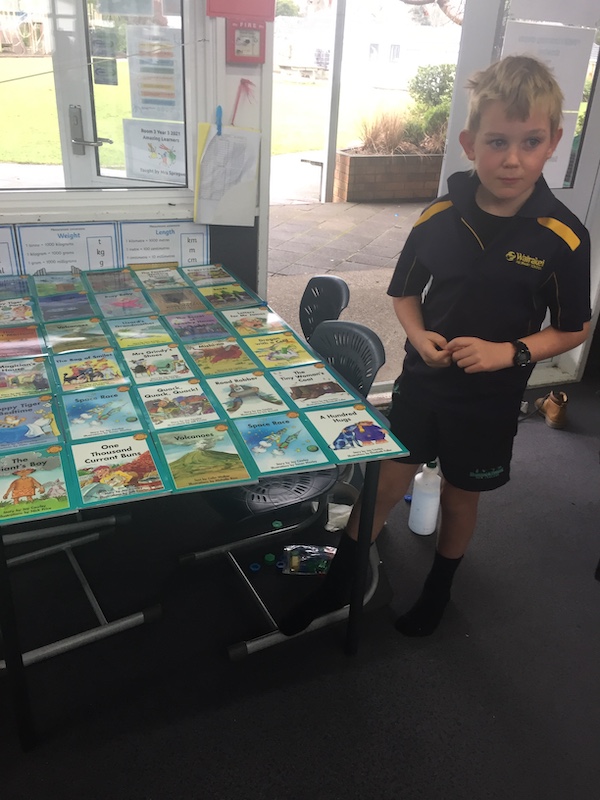 After I put books along the length and width of the table, I used a times table to work out that it would be 5x5=25 then there was room for 2½ more books so 27½ books covered the area of the table. Jake 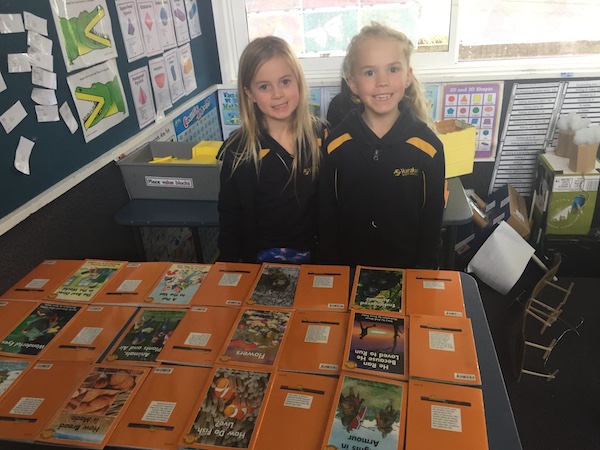 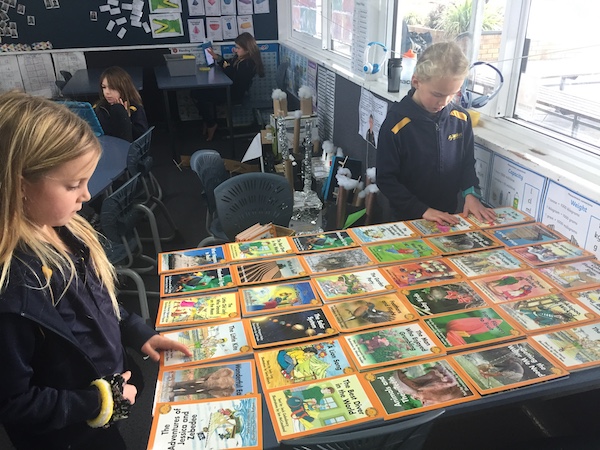 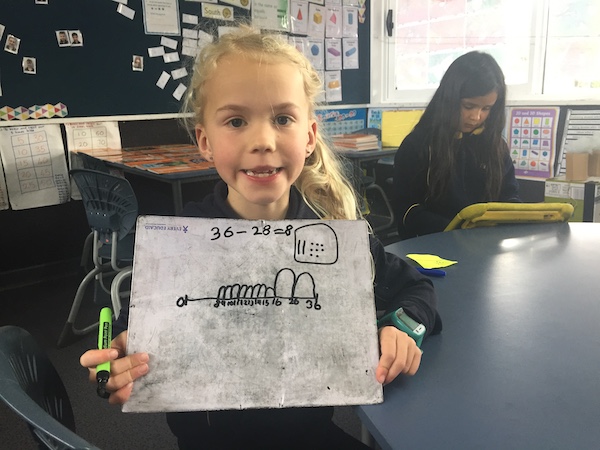 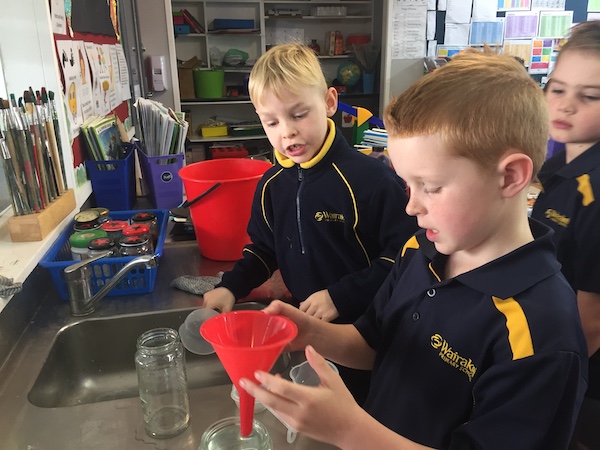 The short fat jar took 2 large scoops of water to fill.  The tall glass took 3½ scoops, so the tall glass was bigger. Reid

After our investigation into the use of non-standard measuring units, Room 3 is going to learn about the measure of time. Then it might be time to start looking at some standard metric measuring units. 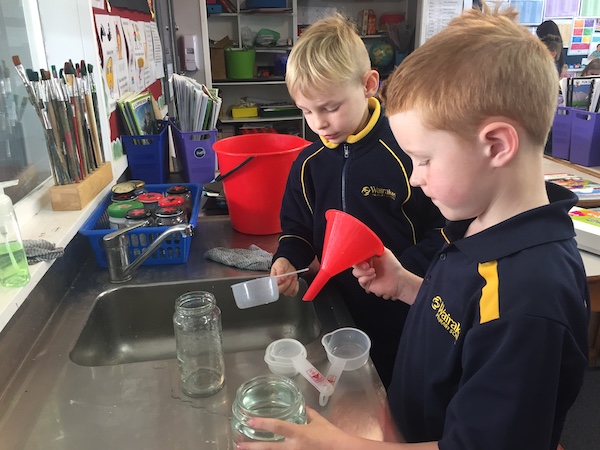