Home » Blog » The Kuia and the Spider
4 min Read

The Kuia and the Spider

An effective way of integrating te Reo into the classroom is by using picture books. 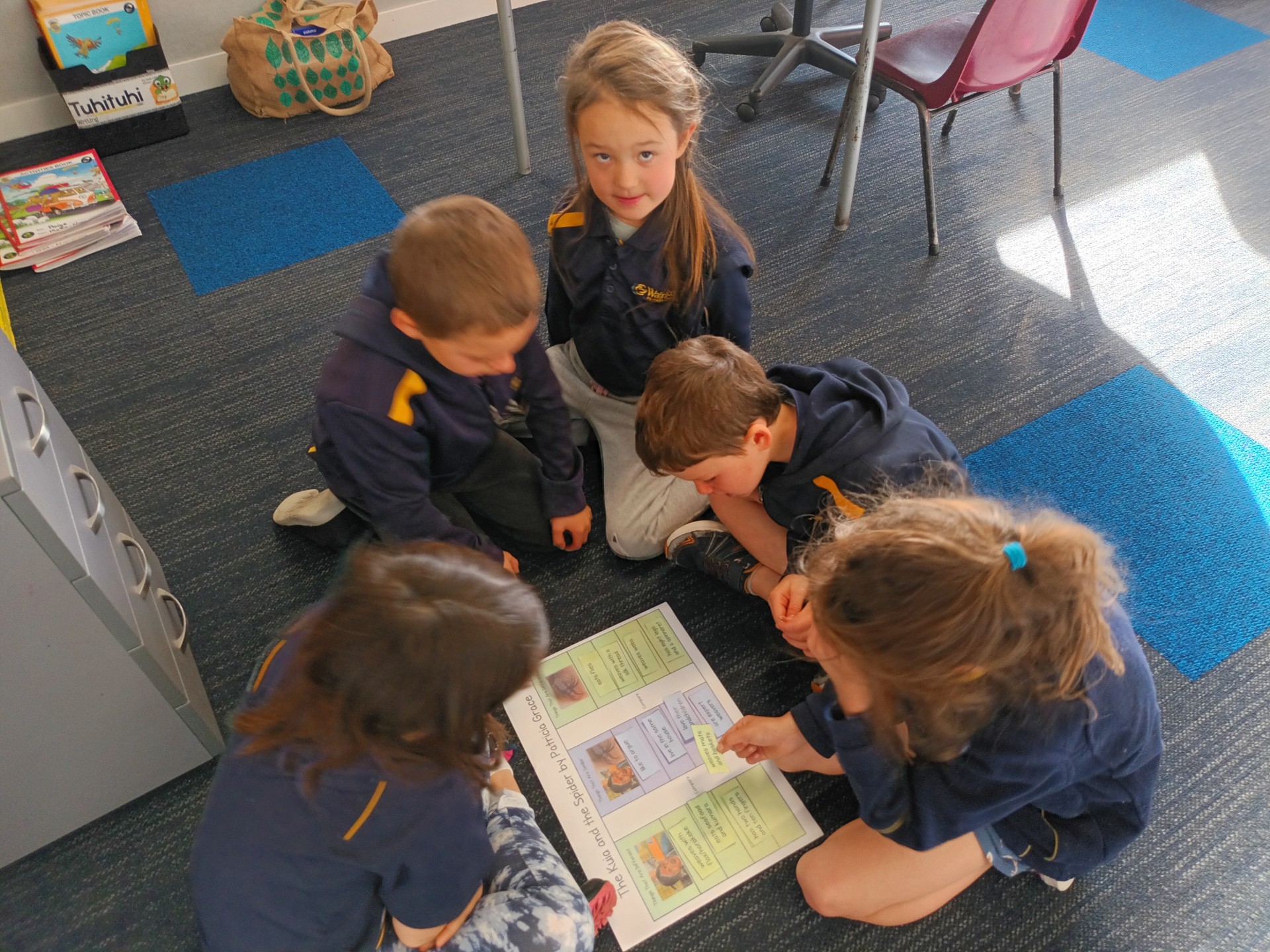 The Kuia and the Spider by Patricia Grace is a great book for integrating Tikanga Māori and te Reo across many of the curriculum areas.

One of the themes in The Kuia and the Spider is that they were both master weavers. Their weaving was fit for purpose. The spider wove his web to catch food. The kuia wove flax into sleeping mats, kete (baskets) and for gifts. Room 13 looked at different flax baskets and shared our experiences and knowledge about how they were made. 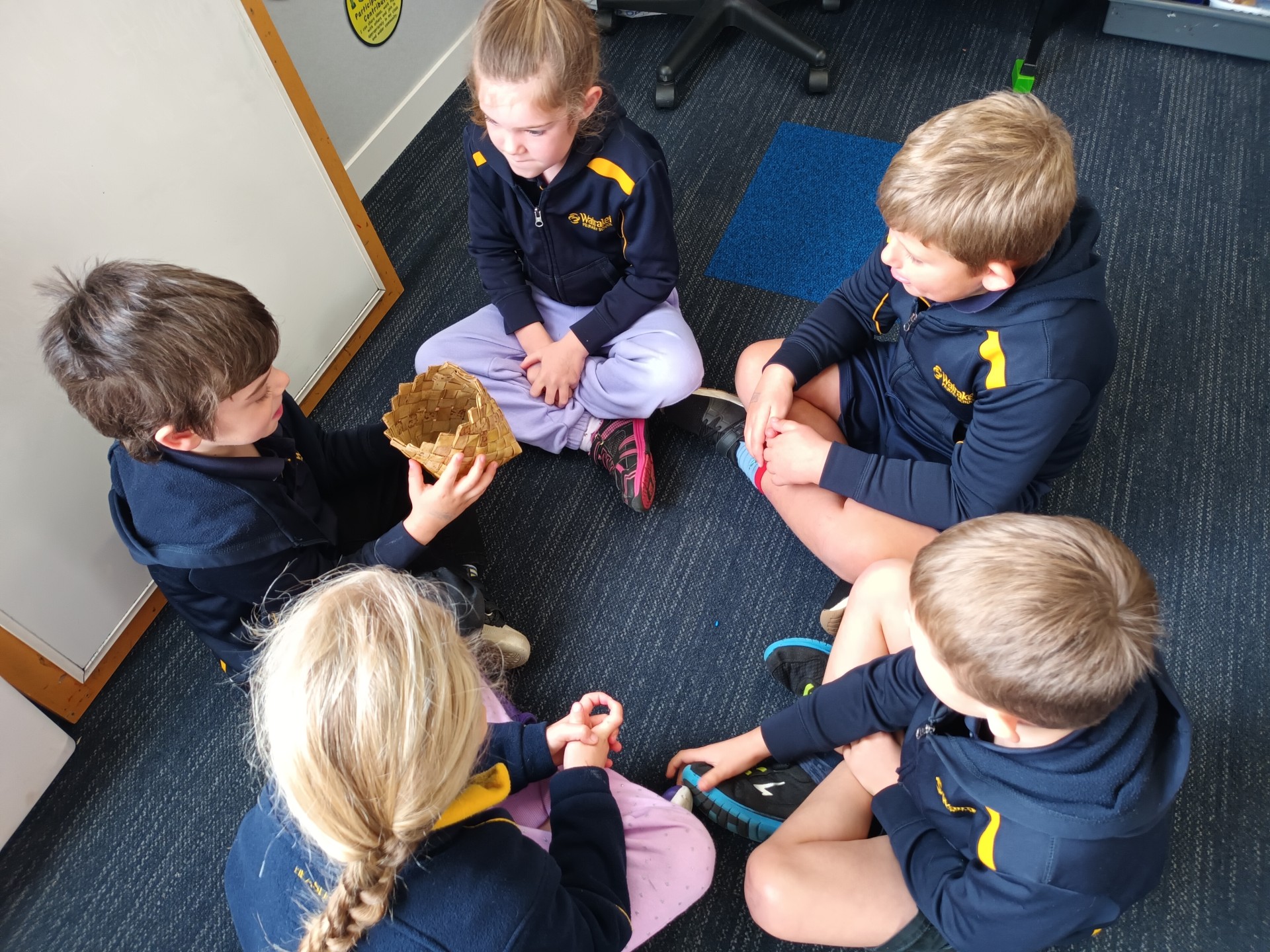 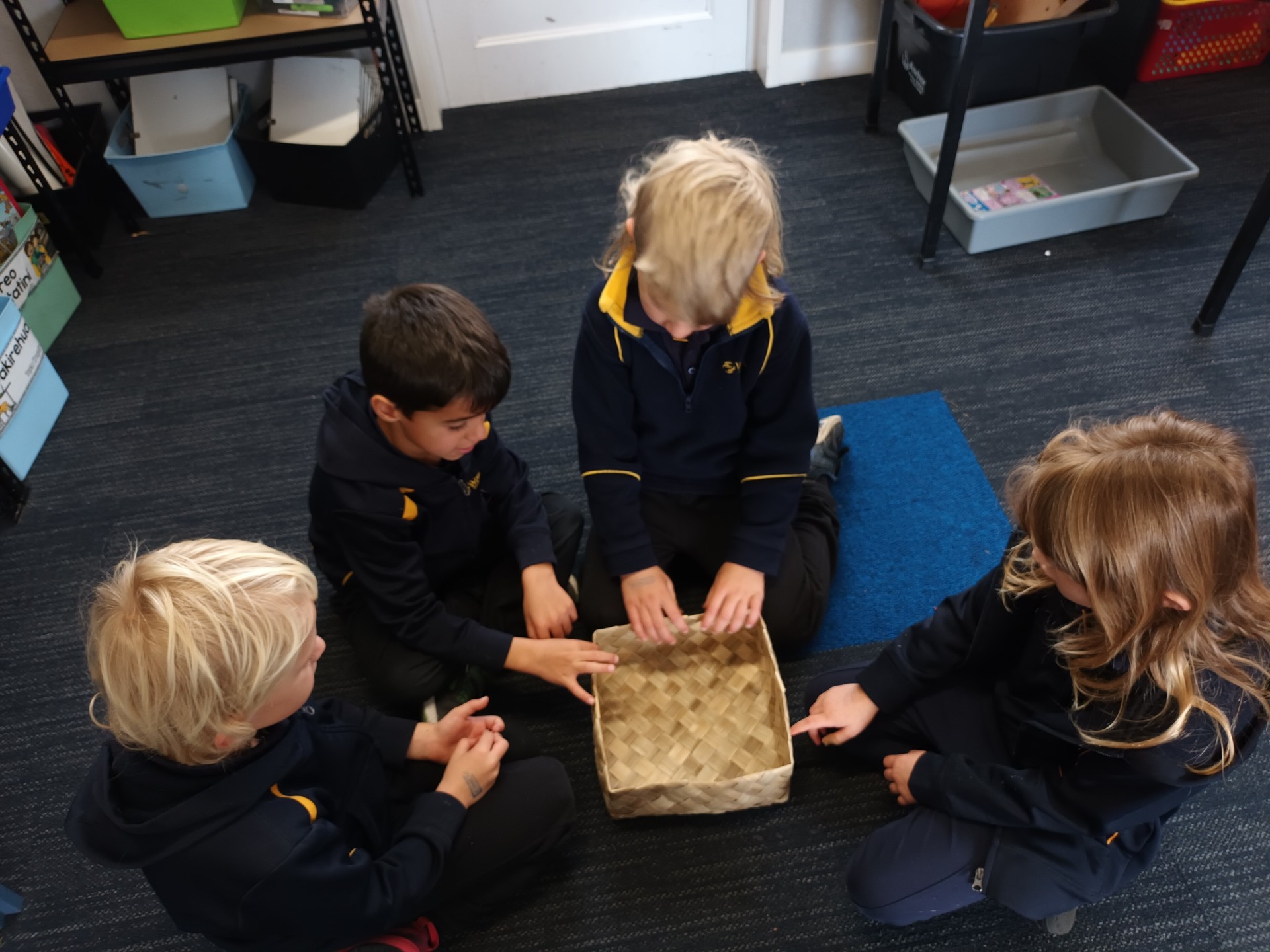 Other theme in the book is the intergenerational knowledge that is passed down. Māori have been weaving flax for hundreds of years. It is readily available, versatile and very strong. We discussed the traditions of harvesting flax after a karakia is said. The different parts of the flax bush were identified. We now know what to cut and what to leave behind.

Weaving sits strongly into Visual Arts curriculum. We explored the mechanics and rhythm of weaving using different materials. Room 13 students wove paper to make the body of the owl as part of their Calendar Art project. Landscape collages were created using weaving to hold different features in place. Images of other woven items the Māori created, including korowai, poi, piupiu and manu (kites) were admired. 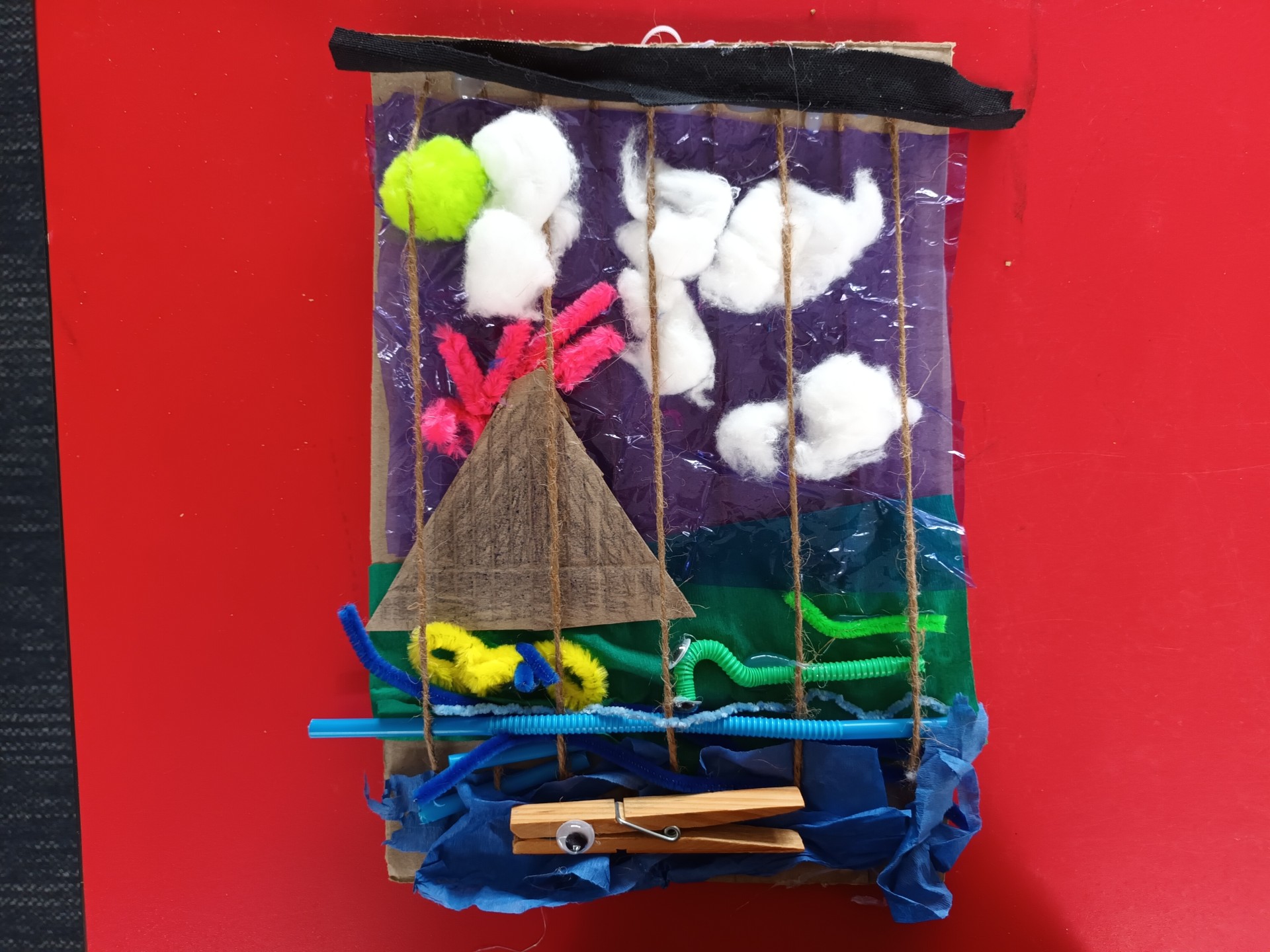 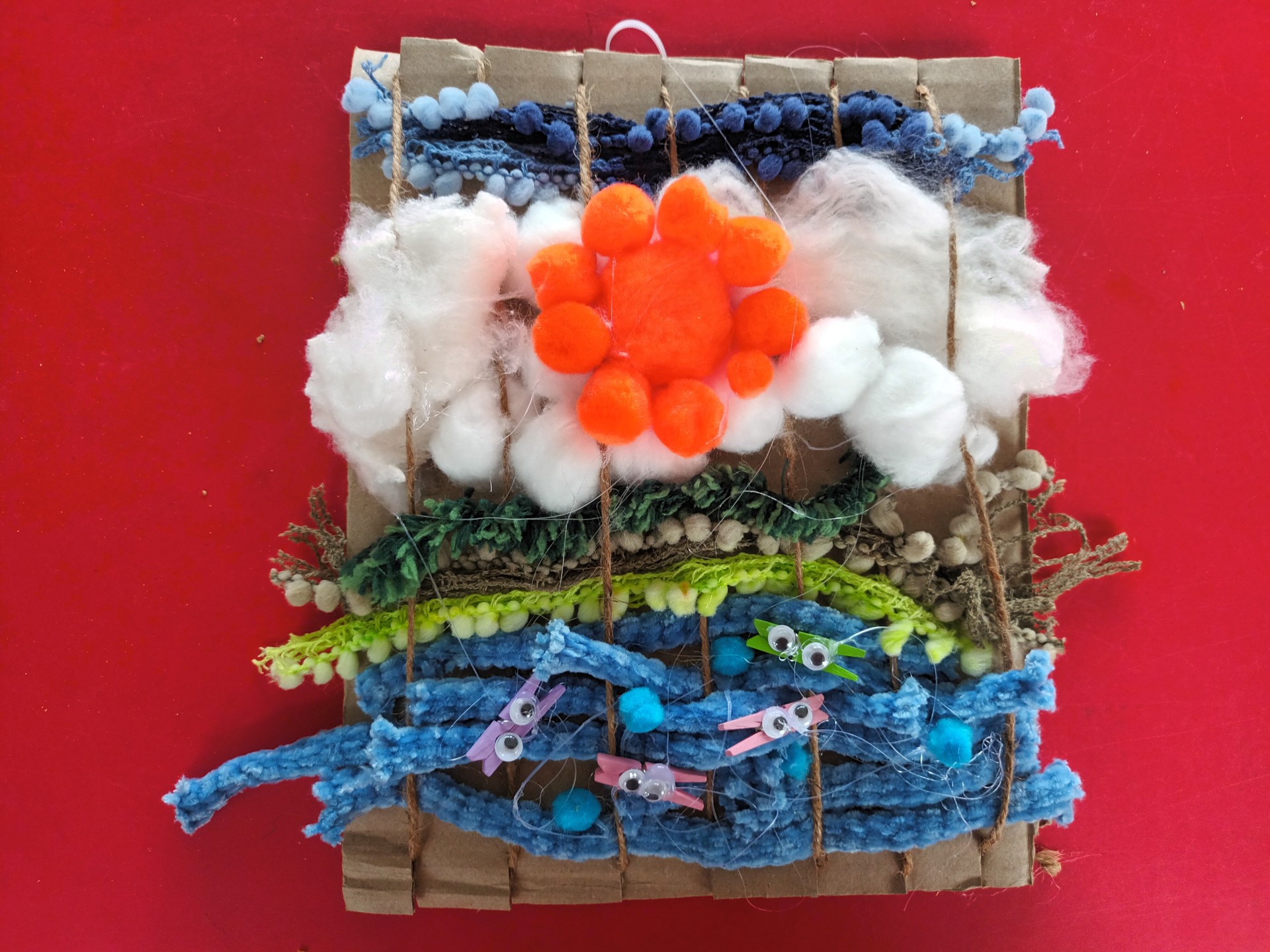 Pungawerewere were created by wrapping yarn around a piece of cardboard. These spiderlings were attached to a giant web. Individual spider webs were also drawn. The waiata, Pungawerewere was good for building more Te Reo vocabulary because of the repeated words and actions. The students laughed when the words kōretakē (useless) and hōhā ( annoyed) were used in the text. These words have become part of our everyday conversations. 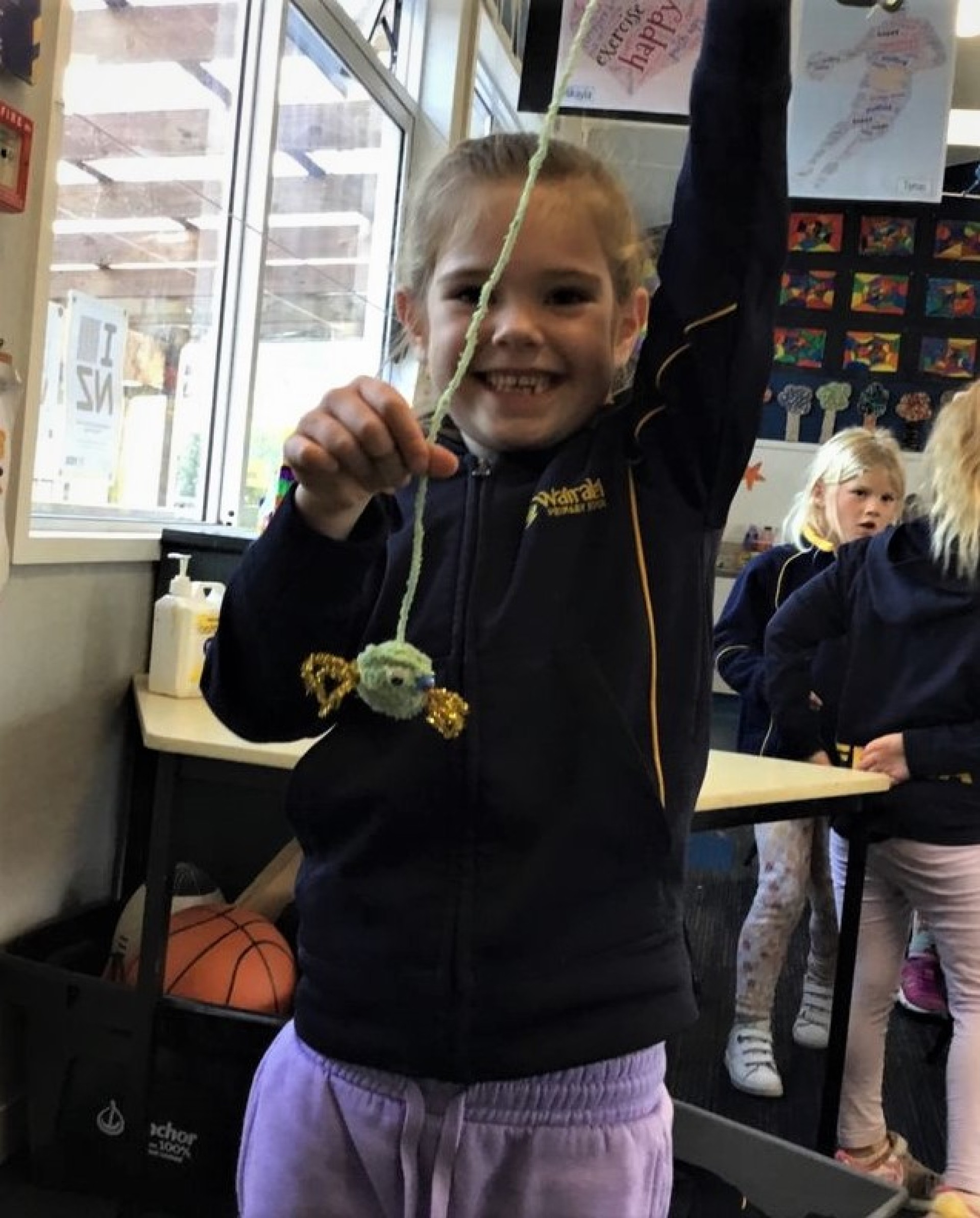 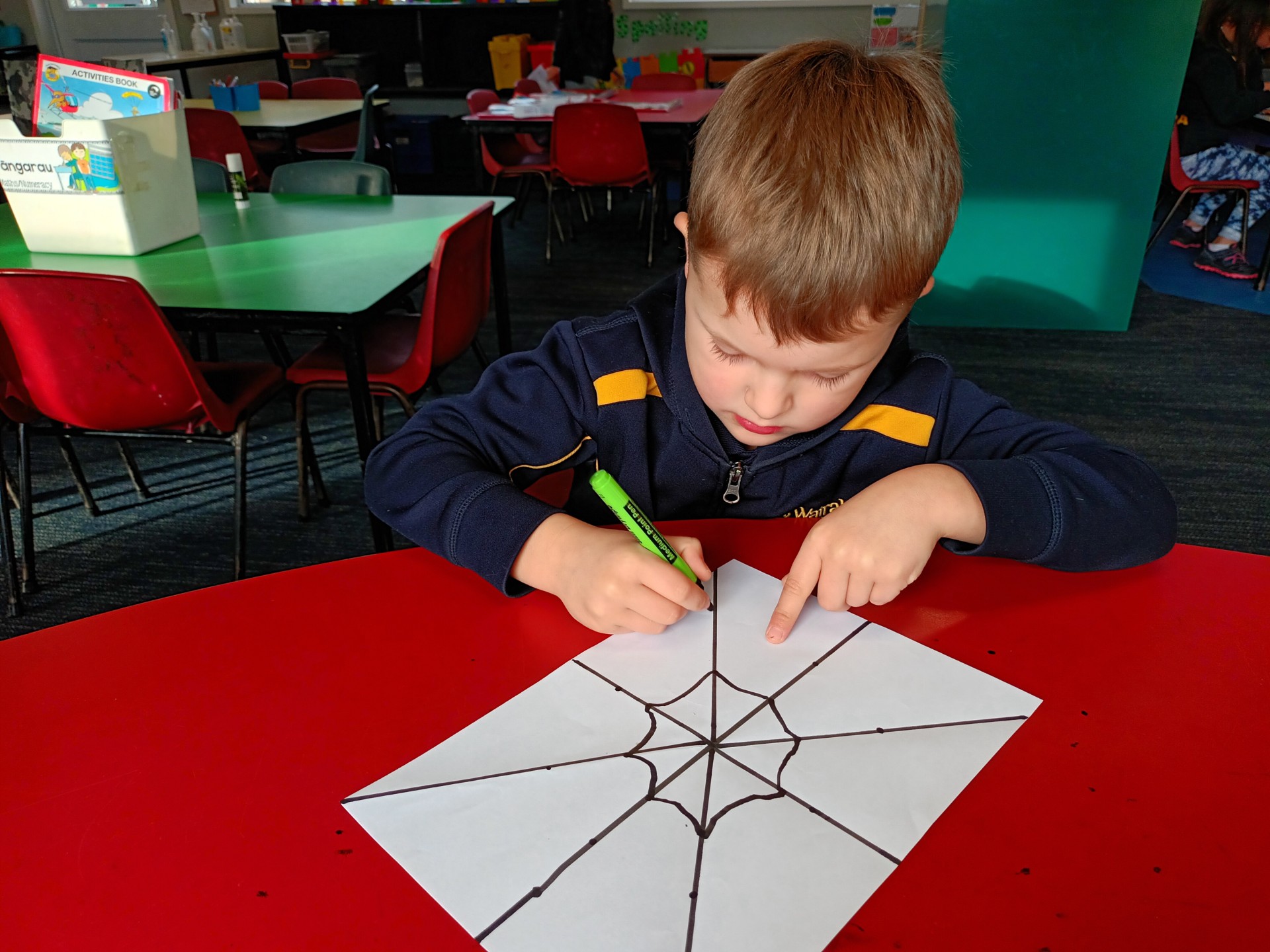 Word problems using the kuia and the spider were created for the students to solve as part of our mathematics programme. The students became confident in using te Reo for the numbers in the problems. They also started making up their own problems for others to solve. 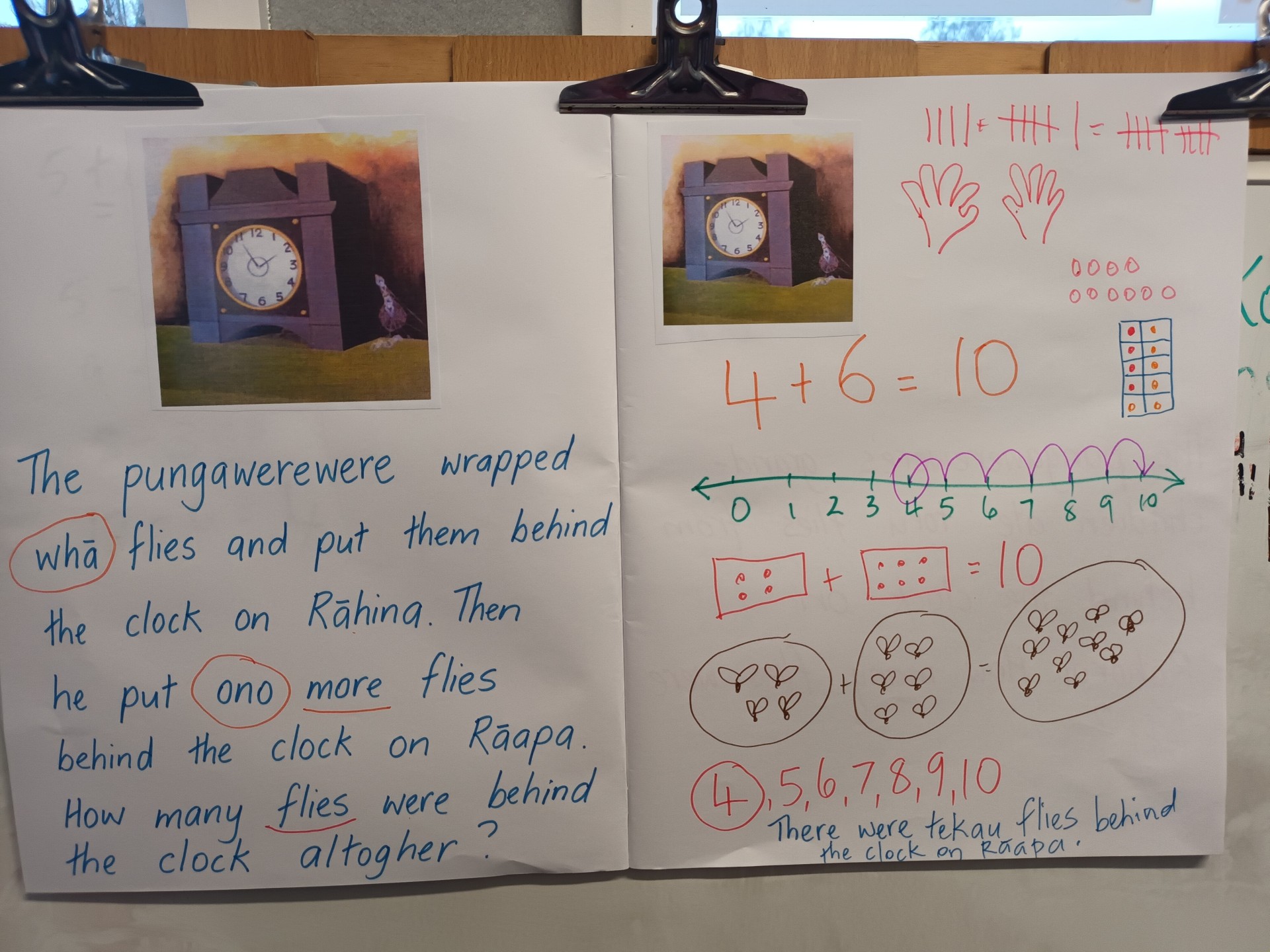 Room 13 students showed their understanding of the relationship between the kuia and the spider by writing similes. They understood how they were competitive and wanted to be or have the best of something.